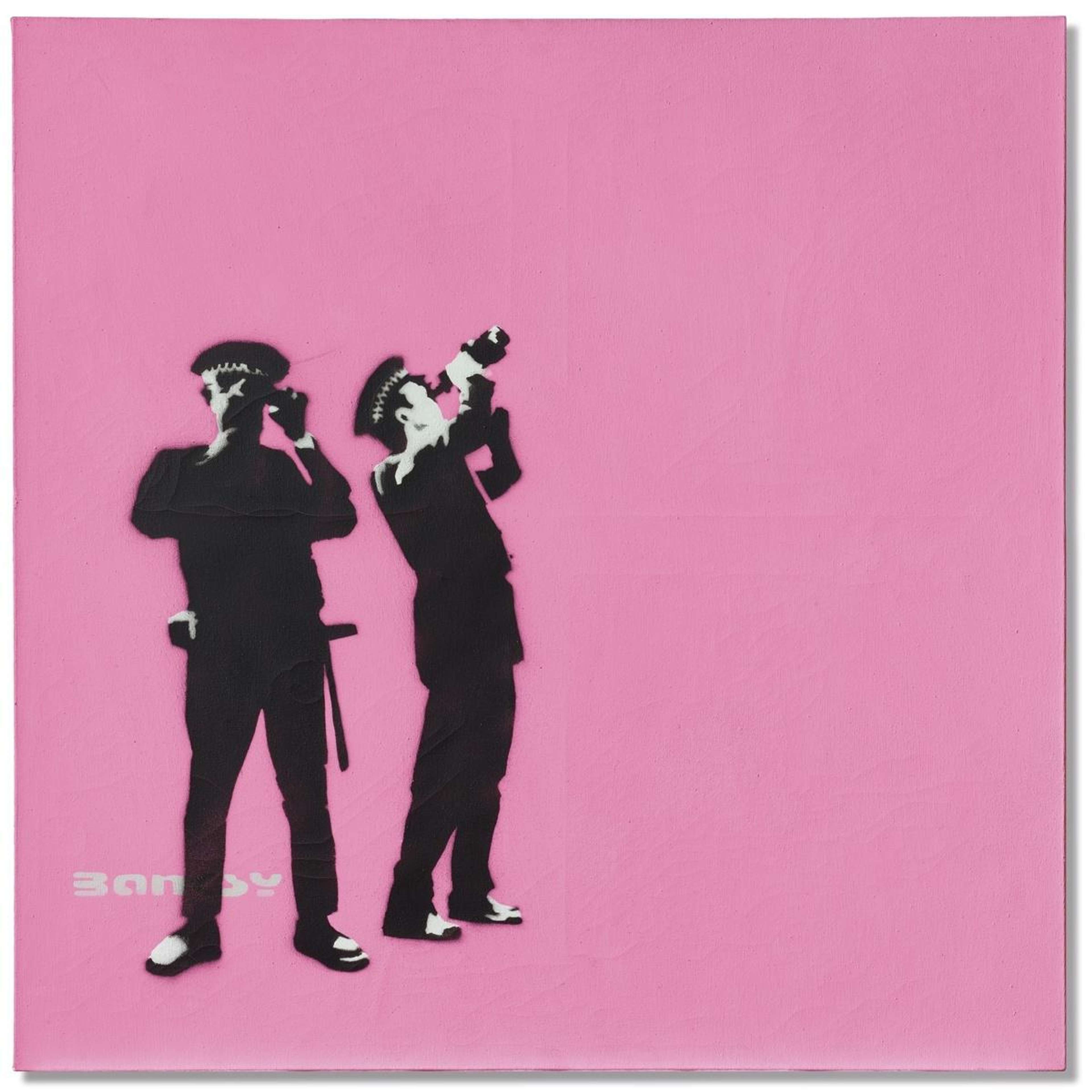 Avon And Somerset Constabulary (pink) was made by the internationally acclaimed street artist Banksy in 2002. The spray paint on canvas comes in an edition size of 10 and pays homage to Banksy’s hometown of Bristol and the local law enforcers, the Avon and Somerset Police. The artwork comes in two iterations with pink or blue backgrounds. Other versions of Avon And Somerset Constabulary were also created around the same time – such as a variation with a red and white striped background.

This early work was made around the time of Banksy’s move from Bristol to London, before the artist found international fame. Avon And Somerset Constabulary is less scornful of the police than Banksy’s later works. In this piece the police officers look incompetent rather than dangerous. Later prints and paintings featuring the police, like Flying Copper (2003) and Stop And Search (2007) are far more critical about the threat of police brutality, the increasing ‘nanny state’ and how law enforcers are more of a danger to the public than protectors.