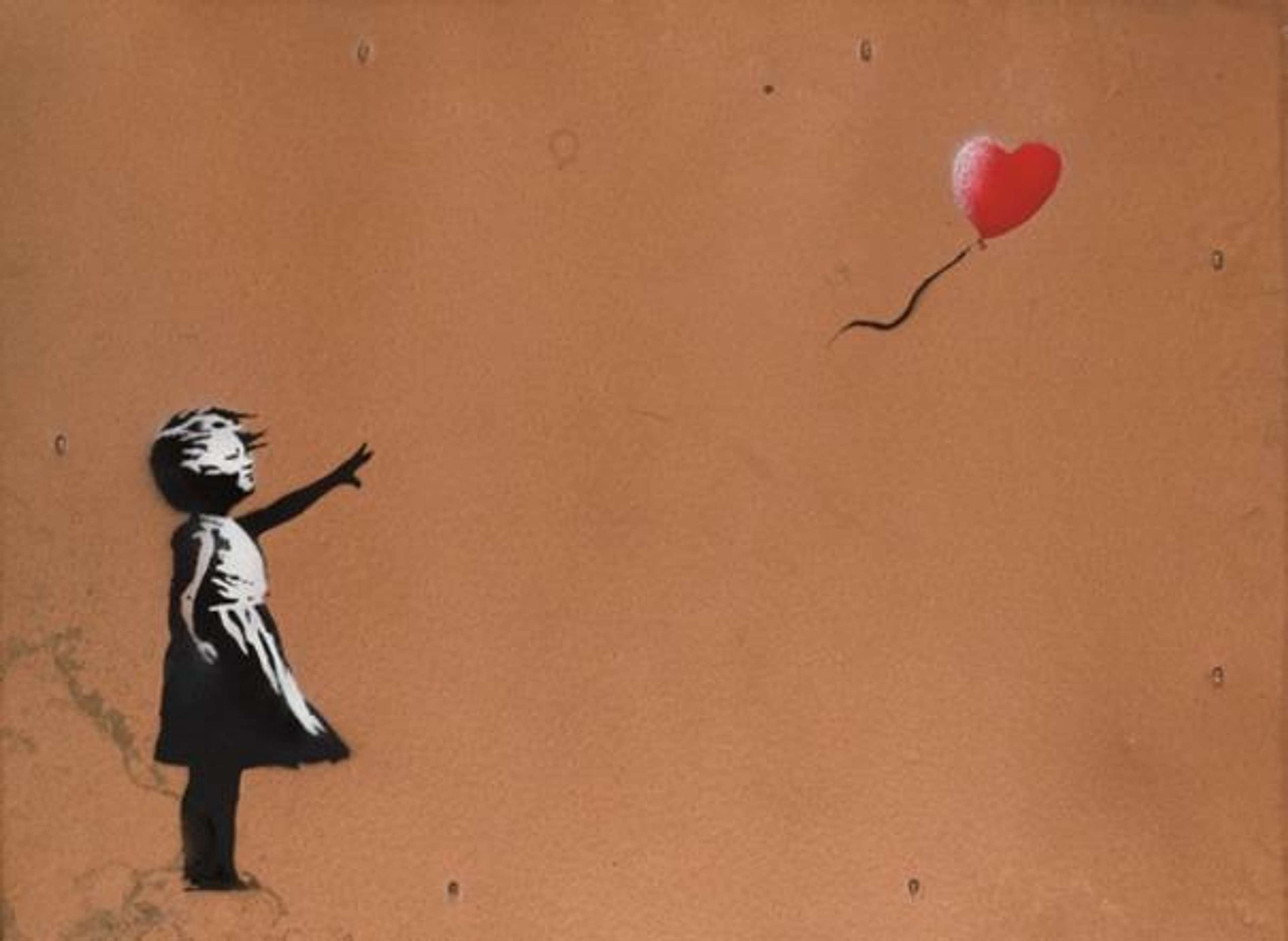 Girl With Balloon (copper) is a spray paint stencil on copper produced by the street art sensation Banksy in 2006. The artwork, which comes in an edition size of 5, shows a young girl spray painted to the left of the composition reaching out for a red, heart-shaped balloon which is floating out towards the edge of the composition.

This image of a young girl reaching out for a heart-shaped balloon has become one of Banksy’s most recognisable images and arguably one of the most iconic images of the twenty first century. Girl With Balloon first appeared in 2002 spray painted onto a concrete wall under the stairway of a loading dock in London’s South Bank. There are no remaining renditions left on the streets of London, however the subsequent series of canvases from 2003 and print series capture the compelling appeal of this potent image.

Girl With Balloon has become a symbol of innocence and hope in the face of diversity, making it one of Banksy’s more optimistic artworks which are normally deeply satirical and critical of the establishment. The artwork captures Banksy’s ability to make profound statements through simple designs. The use of black and white spray paint with a touch of red produces a visual immediacy which captivates the viewer’s attention and demands contemplation.