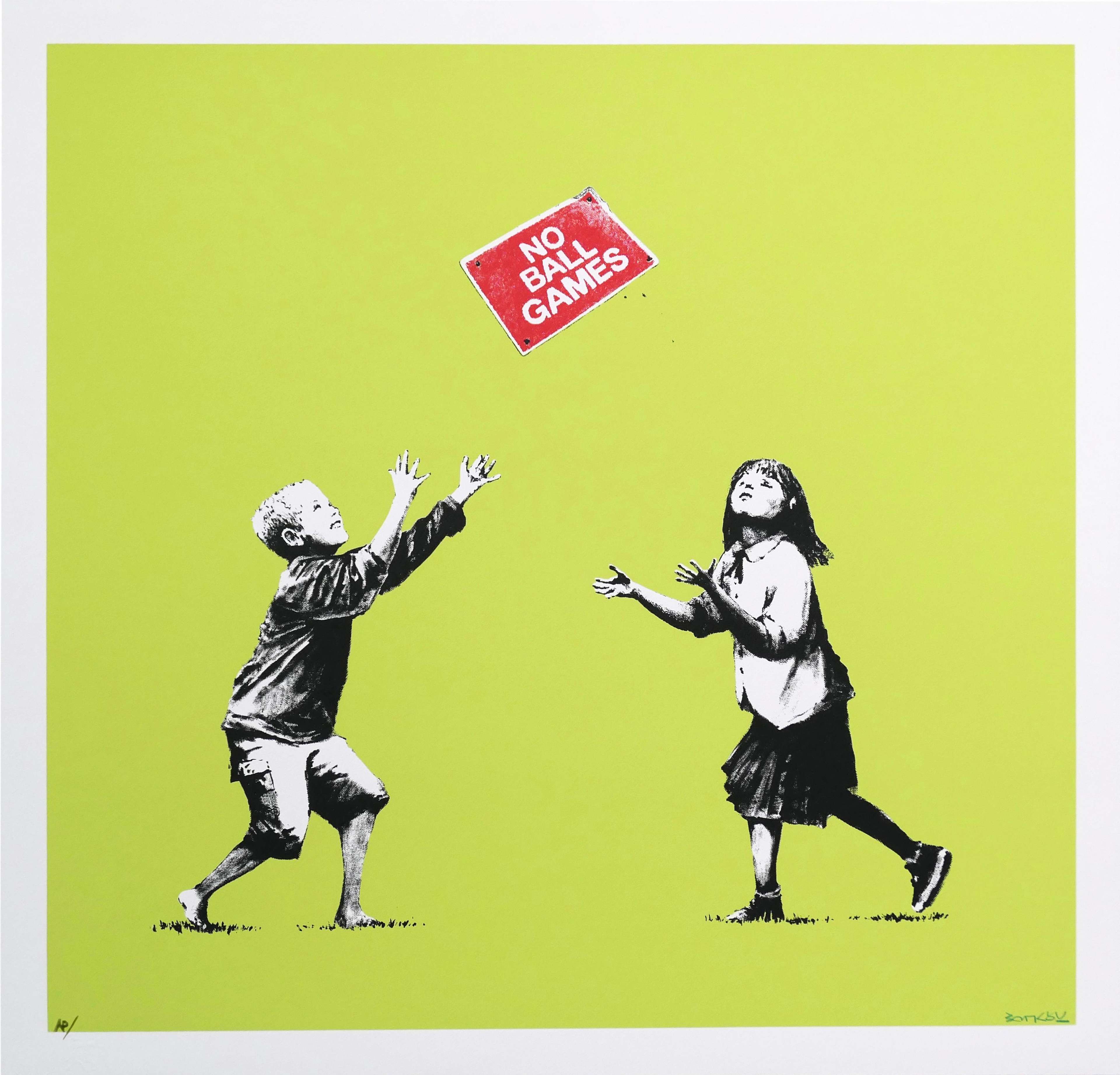 No Ball Games (AP, green) is one of Banksy’s most famous images, released as a signed Artist's Proof in an edition of 28. The limited edition print shows two children, a boy and a girl, playing outside, and looking to be catching a ‘no ball games’ sign against a green background.

This work is a quintessential example of Banksy’s iconic stencil-style, and depicts a tongue-in-cheek, ironic scene: the two children playing with a sign that says ‘no ball games’, as if it were a ball. Thus, this largely monochromatic print (save for the red of the sign) is likely making a social commentary on the ‘nanny state’, and how even fundamental children’s activities such as play are now controlled and regulated. The children figures can also be interpreted as symbols for people in general, constantly under surveillance and regulation by a higher bureaucratic state power. Banksy, famous for being a rule breaker himself, might be encouraging children (and adults) a little to break those sorts of rules.This print is an example of Banksy’s frequent use of children as symbols of innocence, purity and a sense of freedom, to formulate subversive social critique, much like in his other prints such as Girl with Balloon and Nola.

No Ball Games originally appeared as a mural on the side of a shop at the junction of Tottenham High Road and Philip Lane in 2009 but was cut out of the wall and sold for charity.