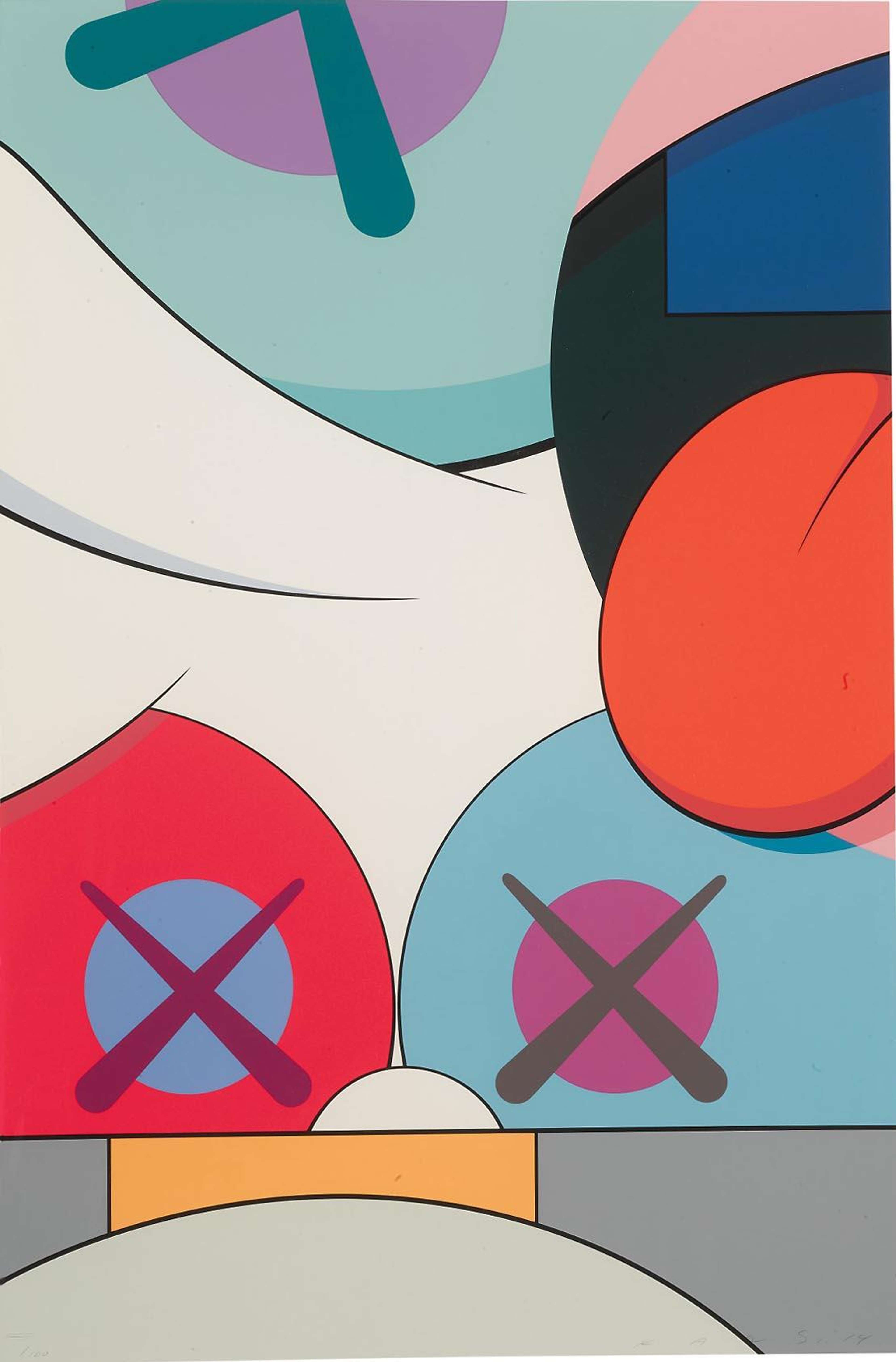 Blame Game VI is a signed screen print in colours on Saunders Waterford High White paper made by American artist and designer, KAWS in 2014. The print depicts a close-up portion of a cartoon character’s face. The nature of the close-up abstracts the cartoon character from its surroundings and makes it difficult for the viewer to discern what they are looking at. The viewer of this print is encouraged to think about the shapes that make up the cartoon character’s face and how different they look when isolated from one another versus when they are seen together.

Blame Game VI is part of the Blame Game collection, which is composed of 10 signed screen prints, each of which capture a close-up of an anonymous cartoon character. The prints in the collection are all rendered in KAWS’ trademark visual style, which is characterised by his love of bold and vibrant colours, use of black gestural lines and distinct visual motifs, such as crossed out eyes.

KAWS has developed a unique artistic style which can be compared to 20th century artists such as Keith Haring and Jean-Michel Basquiat. Like KAWS, these artists were deeply influenced by graffiti and street art. KAWS was also clearly influenced by the father of Pop Art, Andy Warhol, who blurred the boundaries between high and low culture, as is clearly done in KAWS’ works, which take popular culture cartoons and transforms them into limited edition prints.