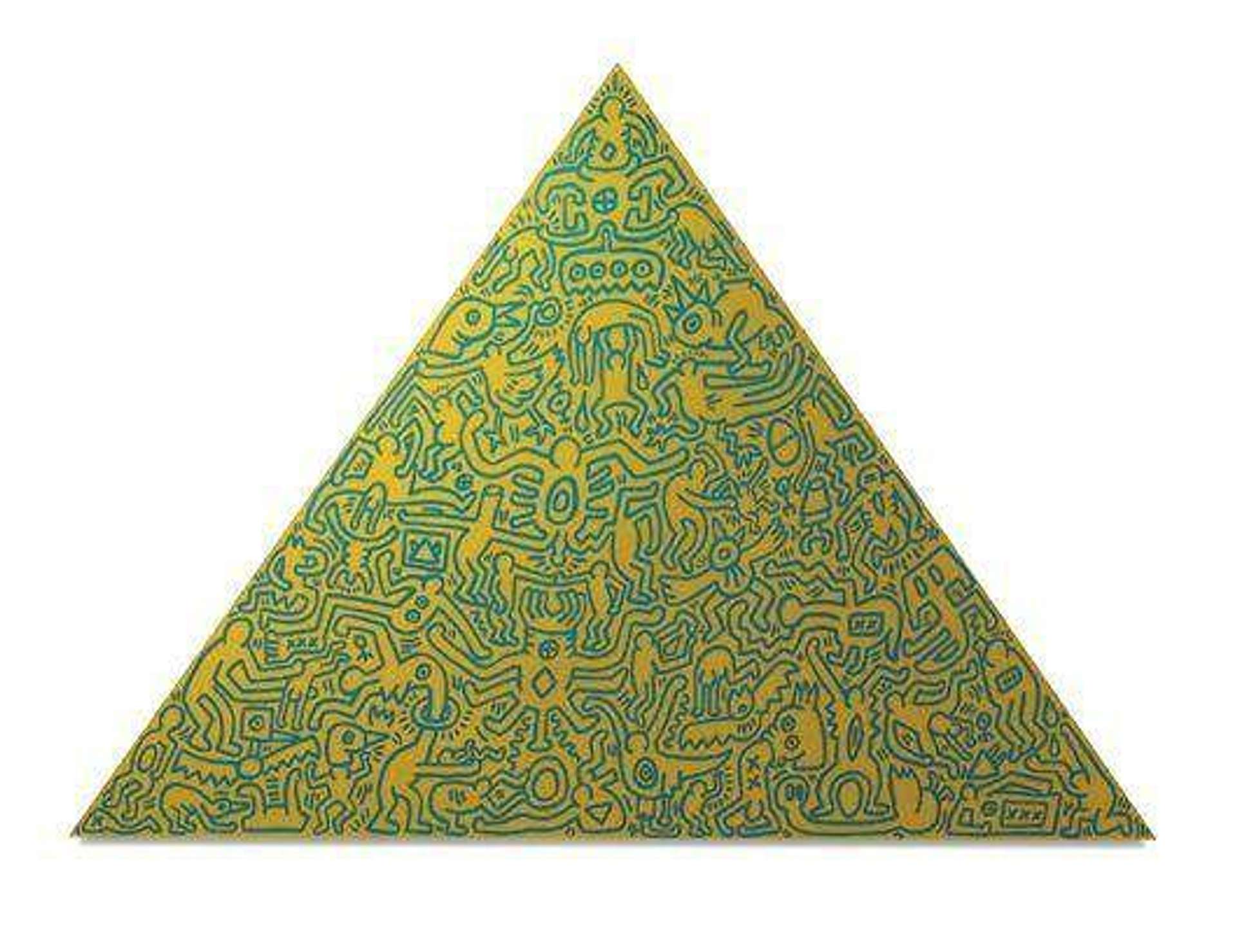 This signed screen print from 1989 is a limited edition of 30 from Keith Haring’s Pyramid series. Pyramid shows a multitude of mutilated, conjoined and distorted figures squirming across the pyramid-shaped print. Perfectly aligned in the shape of a pyramid, half-human-half-animal figures are tightly squeezed together as though clambering on top of one another in a hellish scene of chaos.

The print has a compulsive quality that fills out across the canvas that contrasts to Haring’s typical use of simplified form. There is a flow to his use of line that works alongside the symmetrical composition whereby the eye follows the electric lines in harmony with the image. In Haring’s work, the pyramid is a common pictogram used to symbolise ancient civilisation and stability. In choosing to depict a scene of chaos and debauchery in the pyramid shape, Haring injects the work with a moralistic charge.

Haring’s influence from Hieronymus Bosch’s The Garden of Earthly Delights, comes to the forefront in this image. Hideously deformed beasts populate the scene and the human figures can be seen to be torturing one another. Bosch’s work is famous for its moralistic tone and Haring is citing this, in his distinct cynical approach, to present a dire warning on the perils of sexual joy.