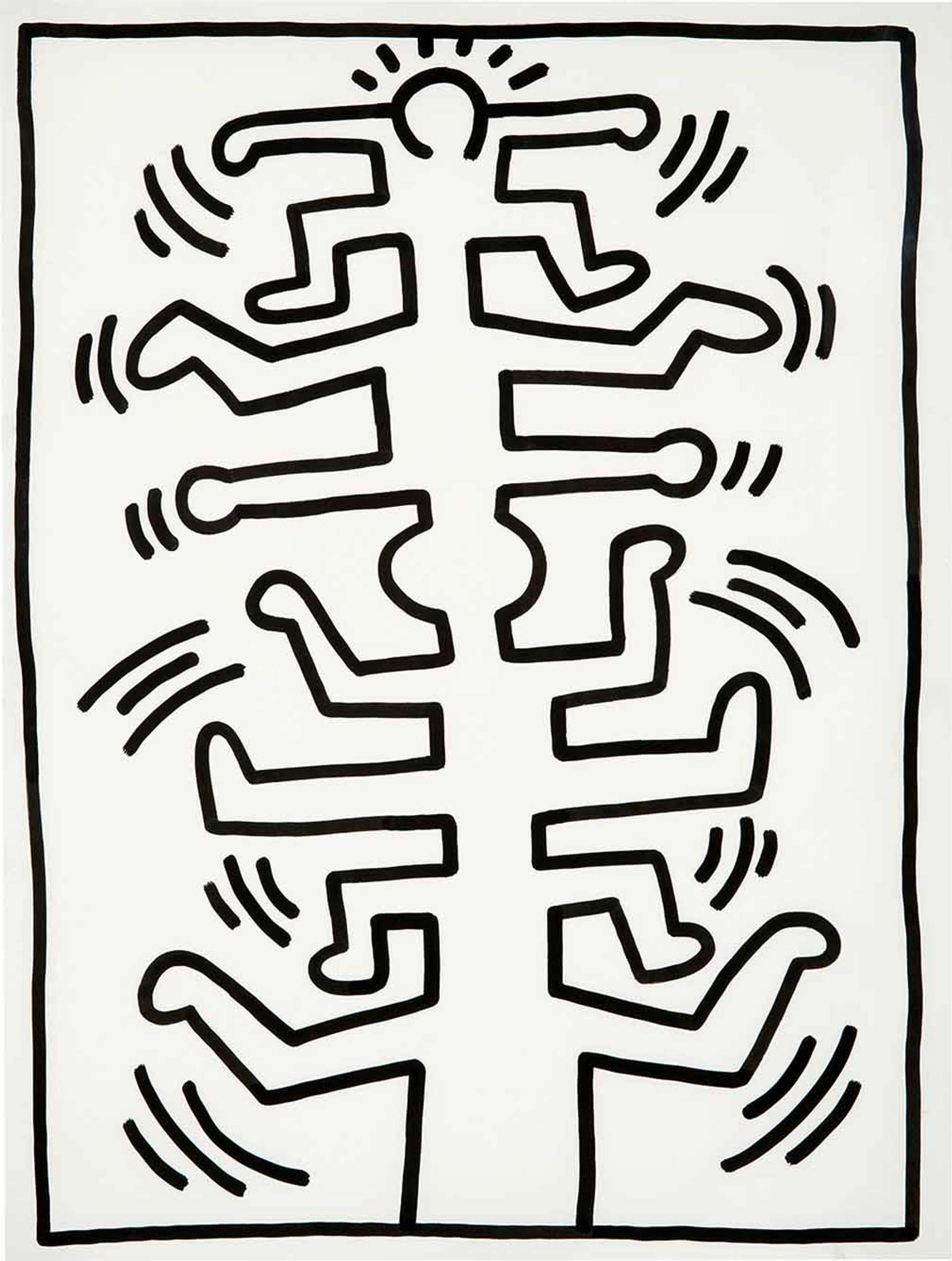 Untitled 1987 is an original work on paper by renowned American Pop Artist, Keith Haring. Created with sumi ink, this piece features an image of the 'people ladder' which is one of Haring's most recognisable motifs. The thick, flat lines and bold strokes are reflective of the artist's visual language and portray his ability to capture movement and dynamism through a two-dimensional format.

Haring famously used his art as a form of activism to comment on and raise awareness around socio-political issue of the 1980s. The moving figures seen within this image convey a sense of community as they merge together and become one. The notion of working together to rise up against the constraints of a capitalist society is a narrative that is portrayed throughout many of Haring's series', such as Growing.