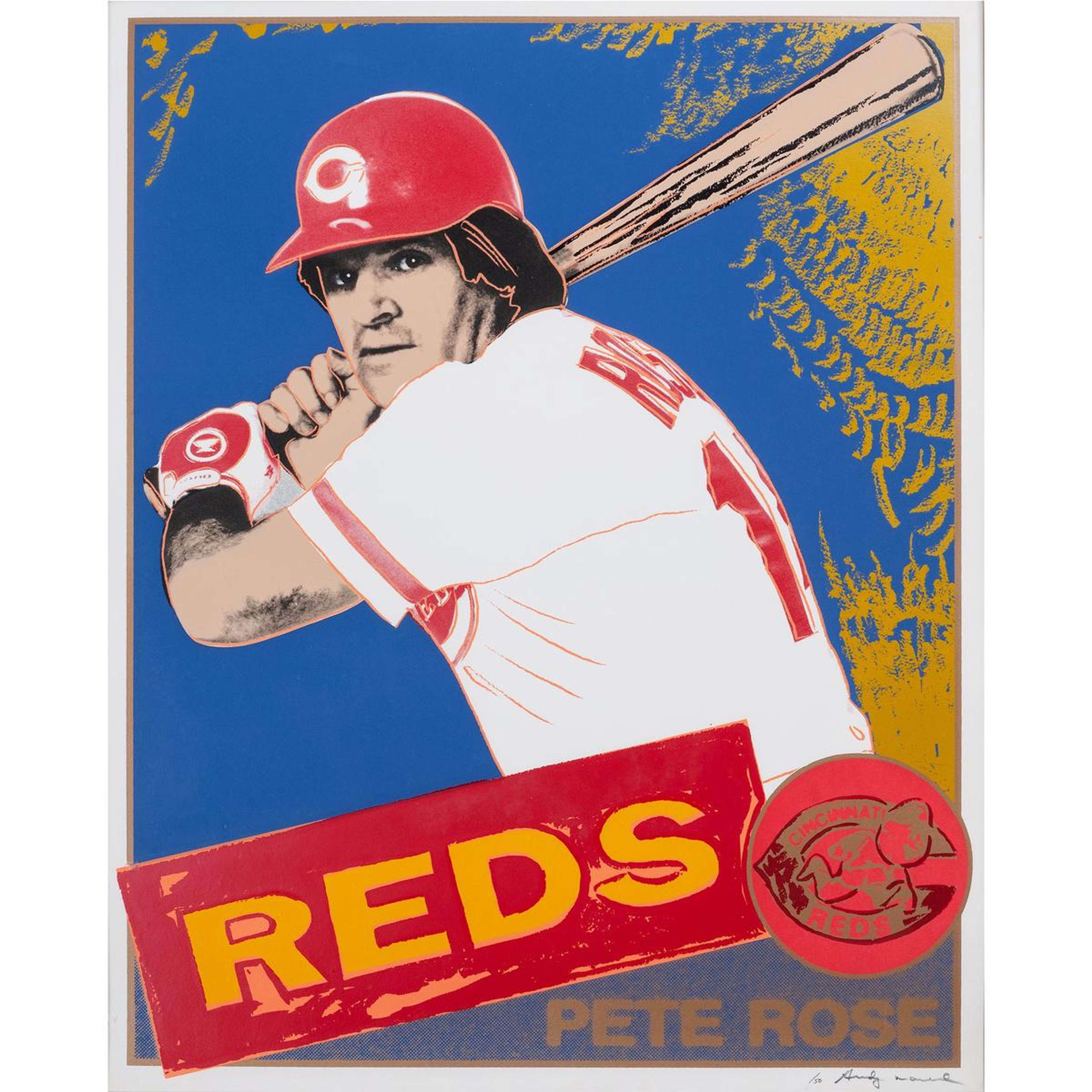 Andy Warhol’s Pete Rose is a print from 1985 of the acclaimed baseball player at the peak of his career. Knowing that Rose would break Ty Cobb’s prevailing all-time hits record in the coming year, the Cincinnati Art Museum commissioned Warhol to create the portrait that would commemorate the player’s historical achievement.

Scheduling conflicts meant that Rose could not sit for Warhol and instead the artist bought the rights to a photograph that appeared in an instructional manual on baseball techniques called Pete Rose on Hitting, taken by the Cincinnati photographer Gordon Bear. The print appropriates the imagery of a baseball card to frame Rose, showing the player in a right-handed batting stance. Bright yellow pervades the image, with vivid purple gestural marks and red to outline the figure.

Warhol had never heard of Rose before this work was commissioned for $100,000 and as a later work, this print plays into the artist’s reputation as a ‘business artist’. Notably his use of the baseball card format, engages with the idea of art as a saleable commodity to be commercialised and branded. Baseball cards are collectible, negotiable items that are brightly coloured and mass-produced, and this is enlarged into the realm of high art to create Warhol’s Pete Rose print.