MyArtBroker is privileged to be able to partner with MigrateArt & W.O.R.K - two charitable organisations providing essential services to communities where it's most needed. 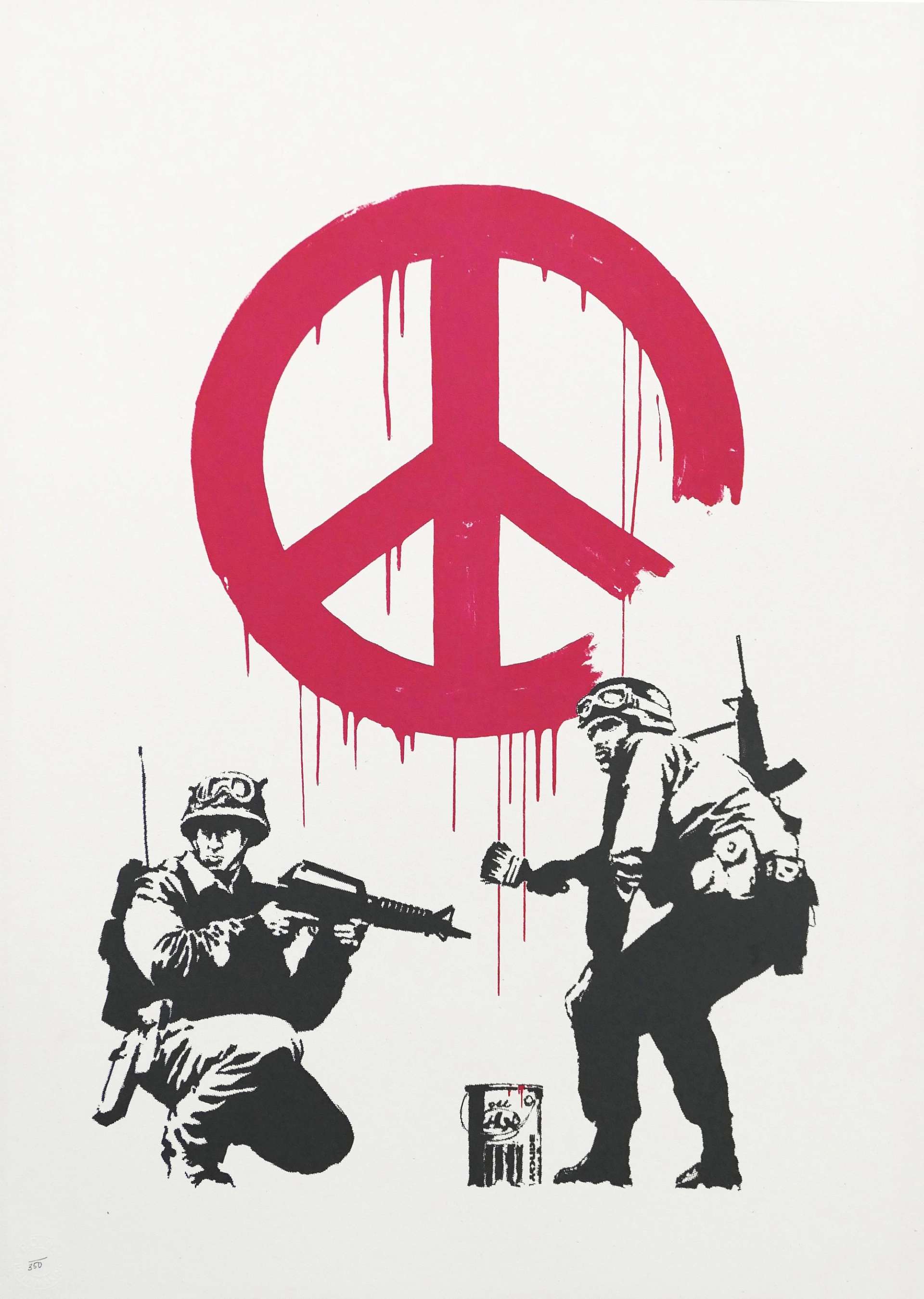 In March 2022, an incredibly generous client offered to sell their ever-relevant CND Soldiers print by Banksy, with 100% of the proceeds going to the Ohmatdyt Children's Hospital in Kyiv, Ukraine. To raise the highest amount possible we held a silent auction over 10 days, with starting bids at £20,000.

Those wishing to donate to the hospital can still do so via the Hospital website. 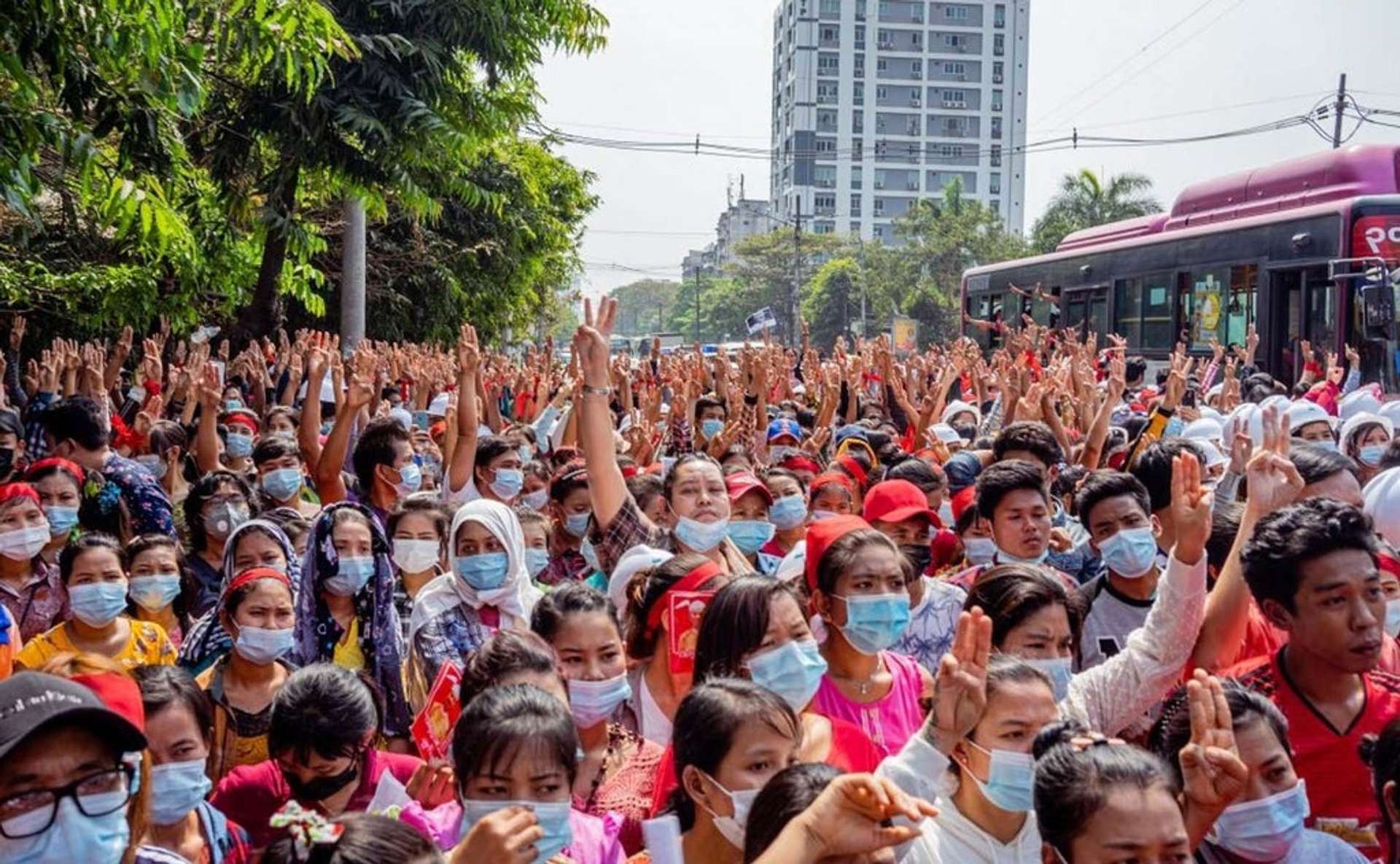 Migrate Art collaborates with the world’s most significant contemporary artists to raise money for their charity partners. Founded in 2016 by Simon Butler, and backed by MyArtBroker founders Ian and Joe Syer, the organisation has since raised over £650,000 to help displaced or homeless communities.

Migrate Art’s recent initiatives have included Mask for Meals, where they sold face masks designed by artists and illustrators to help Refugee Community Kitchen in London, and Raffle for Myanmar, where they offered a chance to win signed posters by Jeremy Deller, Sarah Lucas and other contemporary artists to raise funds for Mutual Aid Myanmar. 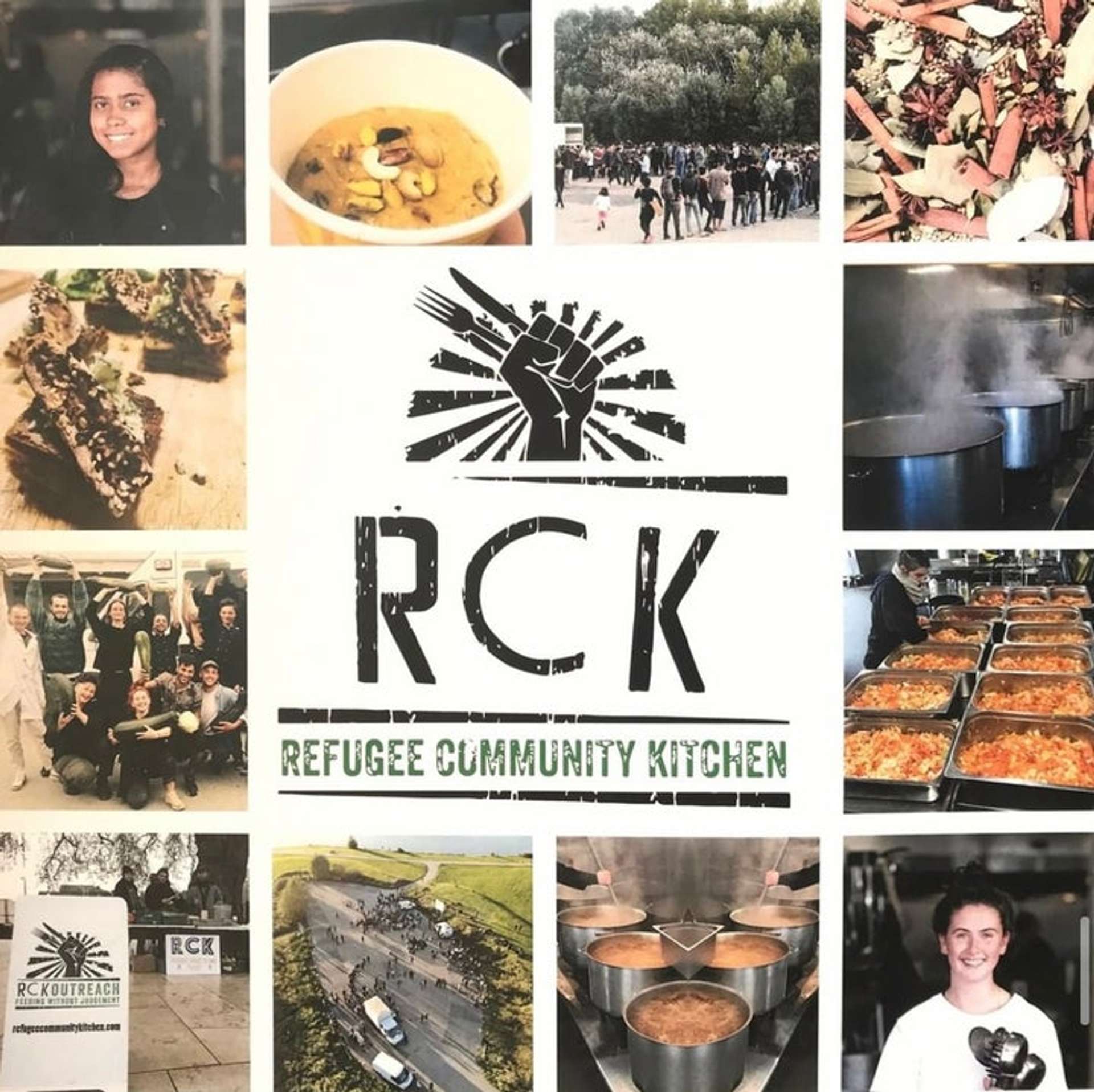 In 2015, Ian Syer was moved by the reports that were being published in the media around the Syrian refugee crisis, both the sheer scale and the desperation that people were facing, particularly women, children and families.

“We are extremely fortunate to own a business in an industry that is both creative and lucrative, with it comes amazing freedom and opportunity. The more I read, the more I felt moved to help. I came across a charity, The Refugee Community Kitchen. After meeting with them, it appeared that funding was vital and I wanted to build a foundation that would utilise our contacts and experience in the industry to ask artists to donate work that could be sold to raise money to support these causes. After further investigation, and to my amazement, I came across Simon who was not only already doing it with Migrate Art, but had circumnavigated a lot of the red tape and legislation that I faced” – Ian Syer, co-founder of MyArtBroker. 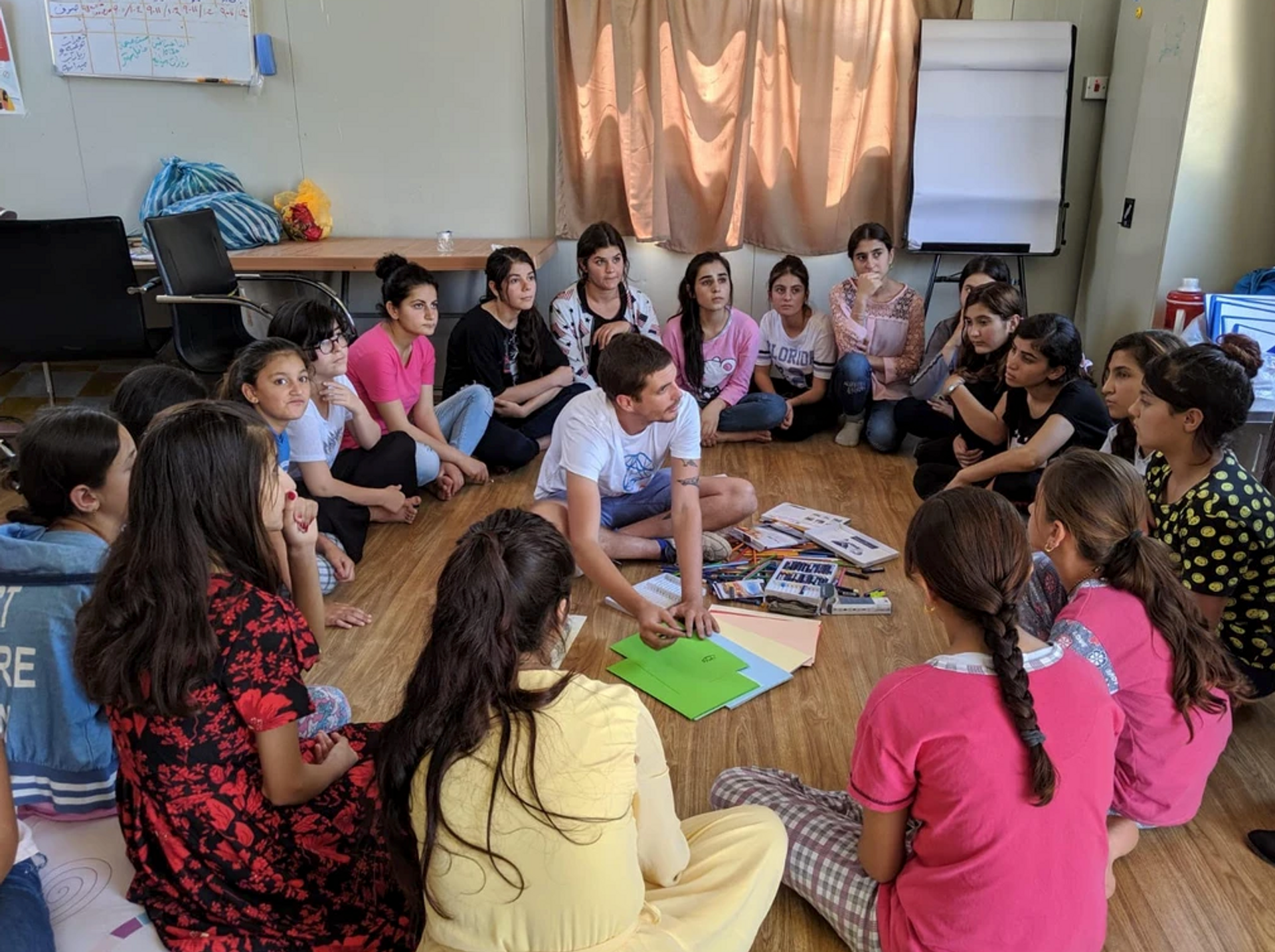 When Simon Butler met Ian and Joe Syer in 2017, he quickly realised they had similar ambitions to use art to help humanitarian causes.

“I had been working on Migrate Art around my day job for a little over a year but I didn’t have a plan. I just wanted to use my experience working in art to help. With the support and backing of MyArtBroker, I was able to make it my full time job. Now, we are a sustainably growing organisation that has worked with the world's best artists and has a global reach. It has been rewarding working with the MyArtBroker team and also fun, there is always time for a trip to the pub and a deep and meaningful chat about life at the end of the day!” – Simon Butler, founder of Migrate Art.

Visit Migrate Art
The more I read, the more I felt moved to help
Ian Syer, MyArtBroker
"Migrate Art and MyArtBroker’s 2019 project raised funds for those affected by the global refugee crisis. Migrate Art sent coloured pencils and crayons salvaged from the demolished Calais Jungle refugee camp to leading contemporary artists – including Rachel Whiteread, Anish Kapoor, Sean Scully, Raqib Shaw and Jonathan Yeo – and encouraged them to incorporate them into original artworks. The 32 brand new works were exhibited at Cork Street Galleries in London and then sold at Phillips London, raising a total of £121,000. Proceeds were distributed between RefuAid, Refugee Community Kitchen, The Lotus Flower and The Worldwide Tribe, as well as the development of future Migrate Art projects."
Migrate Art wouldn't be where we are today if it wasn't for the trust that Ian & Joey showed in me…now we are a sustainably growing organisation that has worked with the world's best artists & has a global reach
Simon Butler, Migrate Art 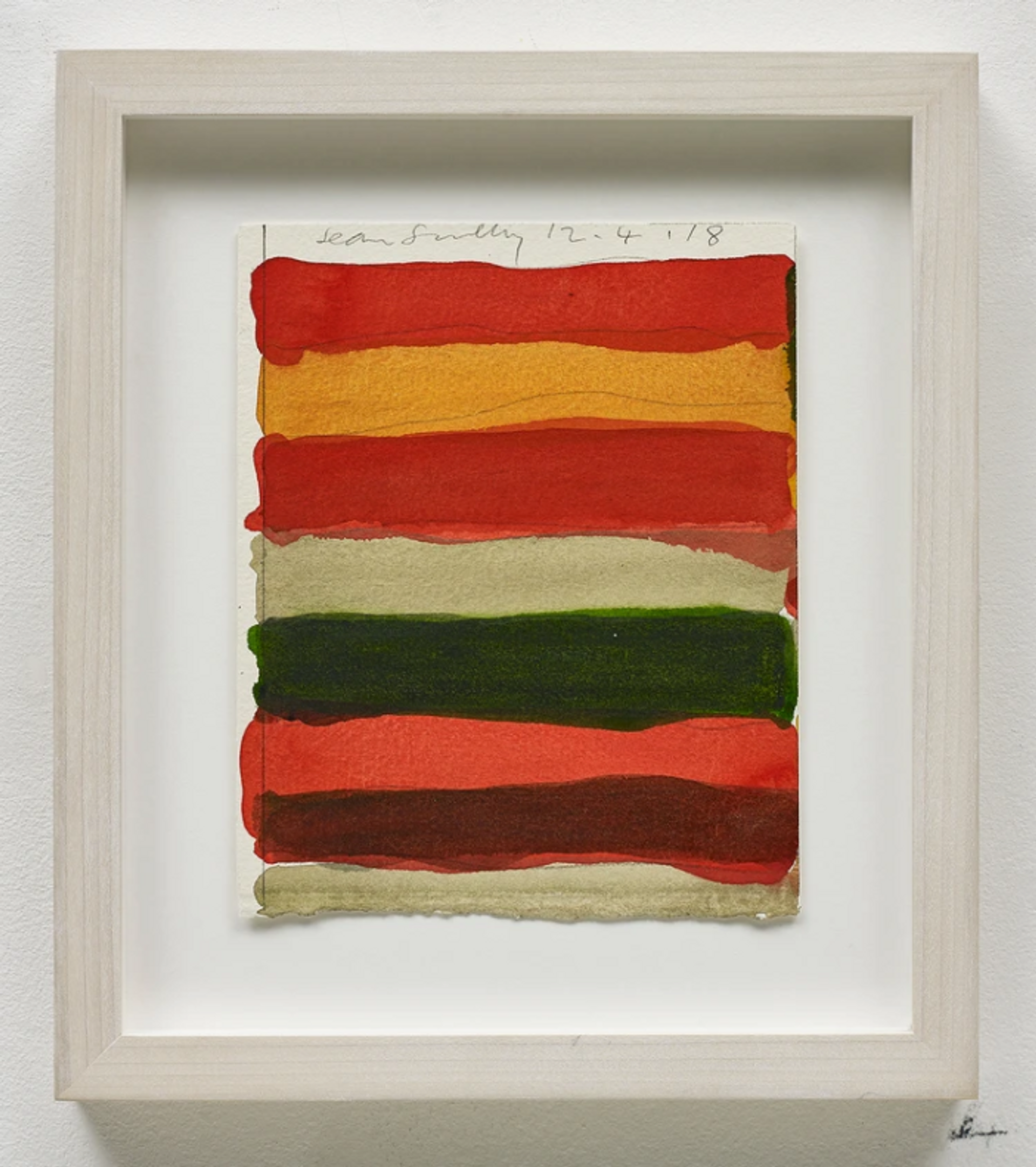 The 32 brand new works were exhibited at Cork Street Galleries in London and then sold at Phillips London, raising a total of £121,000. Proceeds were distributed between RefuAid, Refugee Community Kitchen, The Lotus Flower and The Worldwide Tribe, as well as the development of future Migrate Art projects. 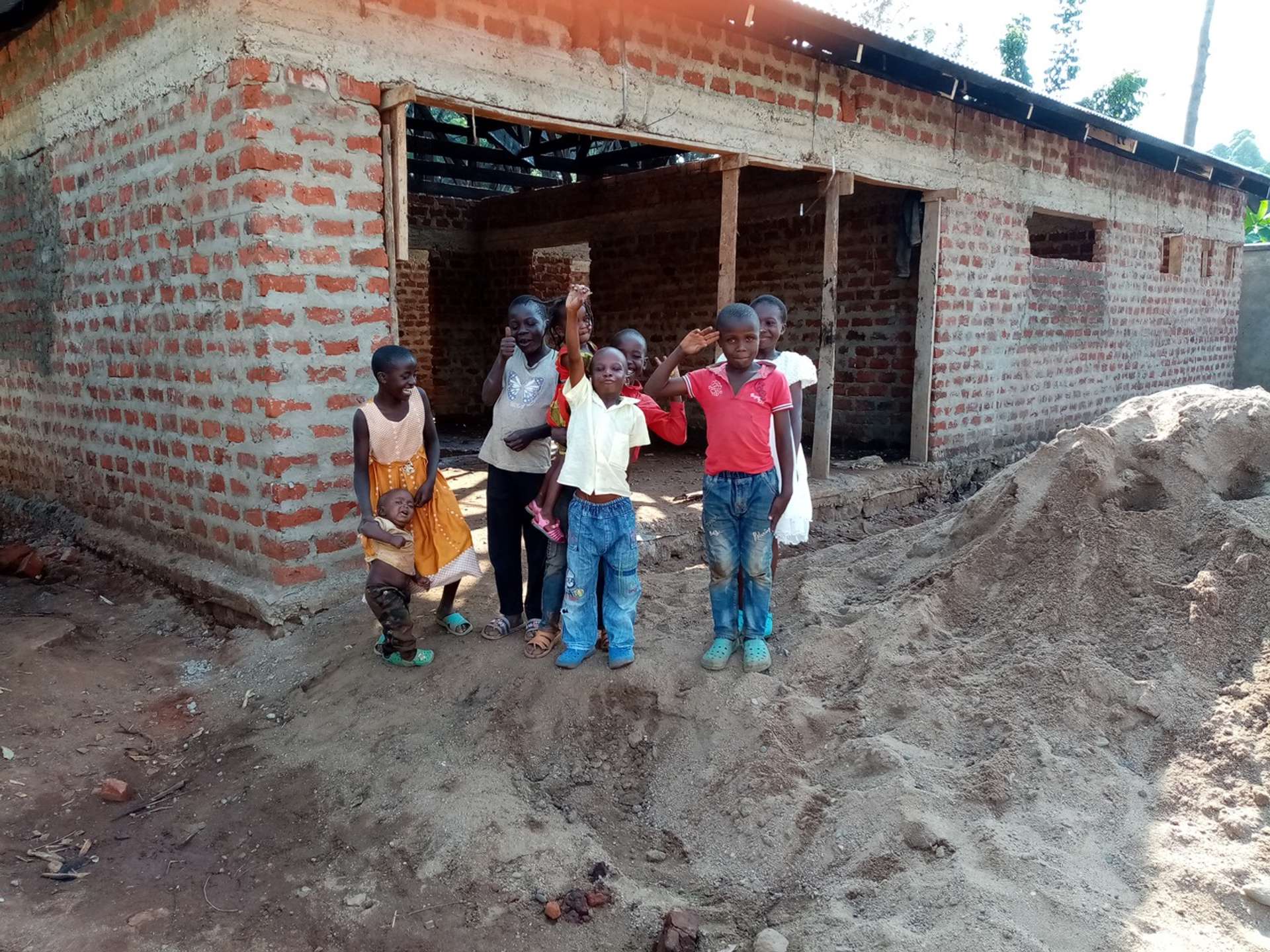 W.O.R.K helps widows and orphans in Western Kenya become self-sufficient by providing education, healthcare and training. Founded by healthcare professional Mary-Jane Butler in 2005, the charity has paid school fees for over 500 orphans and helped widows to start their own small businesses. Their building projects have included hostels, dormitories and classrooms. MyArtBroker has recently helped fund a new mortuary and in 2021 will contribute towards funding a children’s ward in an orphanage. 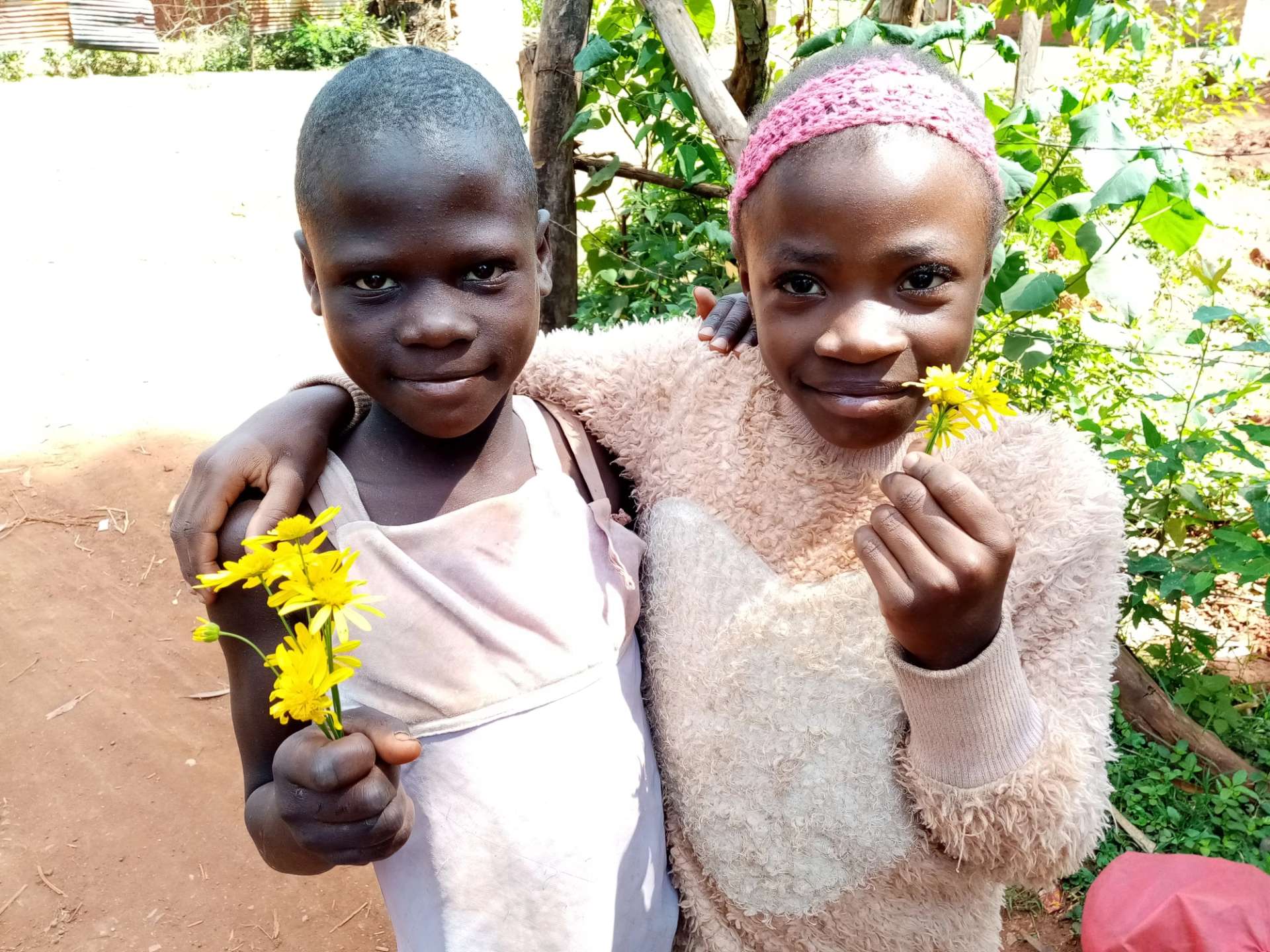 Orphans supported by W.O.R.K have gone on to become teachers, engineers, medical professionals and social workers, with some former students forming their own group to continue supporting young orphans.

Visit W.O.R.K
Undoubtedly, the children's ward will help to save lives and we have employed a lot of local people to help with the building works. This has given all their families hope, food and funds towards their kids’ school fees.
Mary-Jane Butler 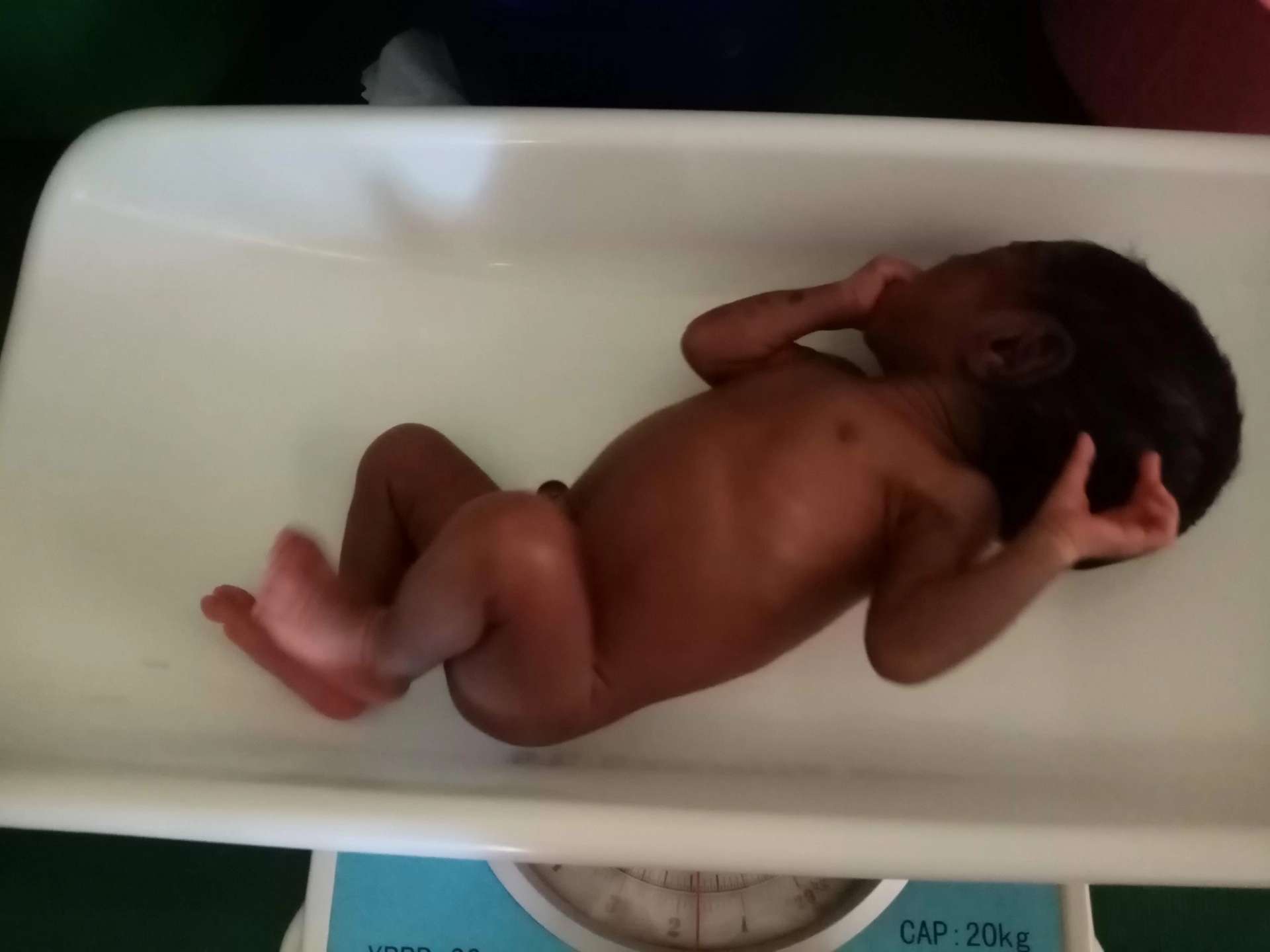 With the COVID-19 pandemic forcing many families in rural Western Kenya out of work, the Kangaroo Project launched in 2020 to care for the growing number of teenage mothers, particularly those with no food at home and who could not produce breastmilk for their babies.

The project feeds and cares for the mother and her newborn until the baby is at a stable weight. After discharge, the clinic continues to monitor them and provides baby vaccinations and regular meals for the mother.

How Can Art Make A Difference?
If you are an artist, a gallery or a collector wishing to donate an artwork for fundraising, or an individual or corporate patron looking to sponsor a charitable cause in the arts, get in touch with MyArtBroker to discuss ideas & opportunities.
Email Us