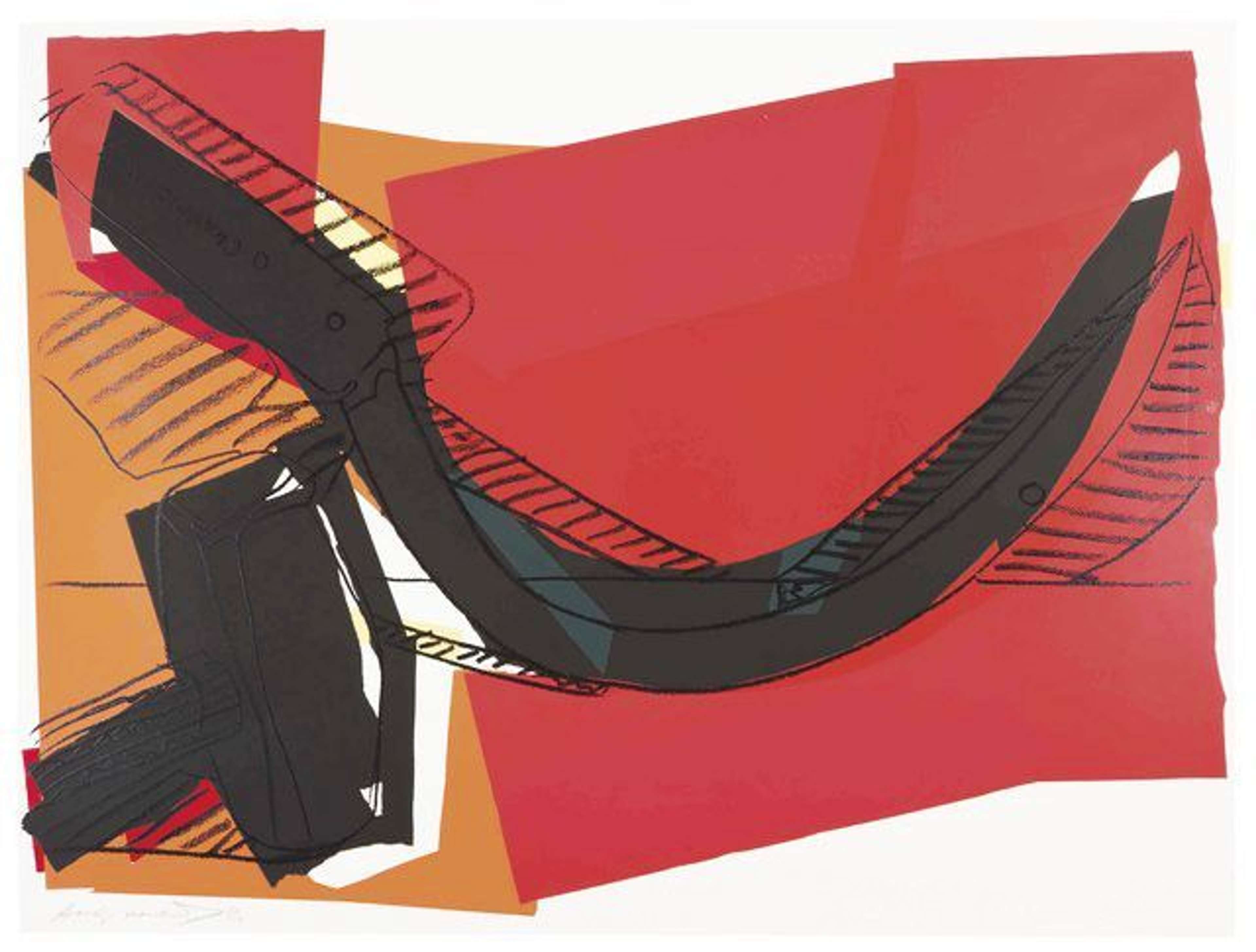 Hammer and Sickle (F. & S. II.63) is a print from Andy Warhol’s Hammer and Sickle series (1970) that was inspired by a visit to Italy in the 1970s where the artist was exposed to urban graffiti that featured many iterations of the Communist symbol of the hammer and sickle. Presenting the subject matter in the form of a still life, Warhol revitalises the classical theme with flattened form and the mass-produced printing process.

This print demonstrates Warhol’s unrivalled ability in addressing ideological, historical and social issues within one striking image repeated across a series. Using the classic colours of Soviet propaganda – shades of red, yellow, white and black on this print – Warhol strips the communist hammer and sickle symbol of its origins and transforms it into an aestheticized consumerist object. Just as Warhol had done with his Mao series (1972), he directly compares the controlled propagation of official images in communist countries to the American capitalist machine of consumerism, fashion kitsch and advertising.

With the help of his assistant Robbie Cuttrone, Warhol created the still life with tools bought from a hardware shop, arranging and then photographing them. The resulting image is produced by layering blocks of flat colour with crayon-like lines overlain on the image surface.