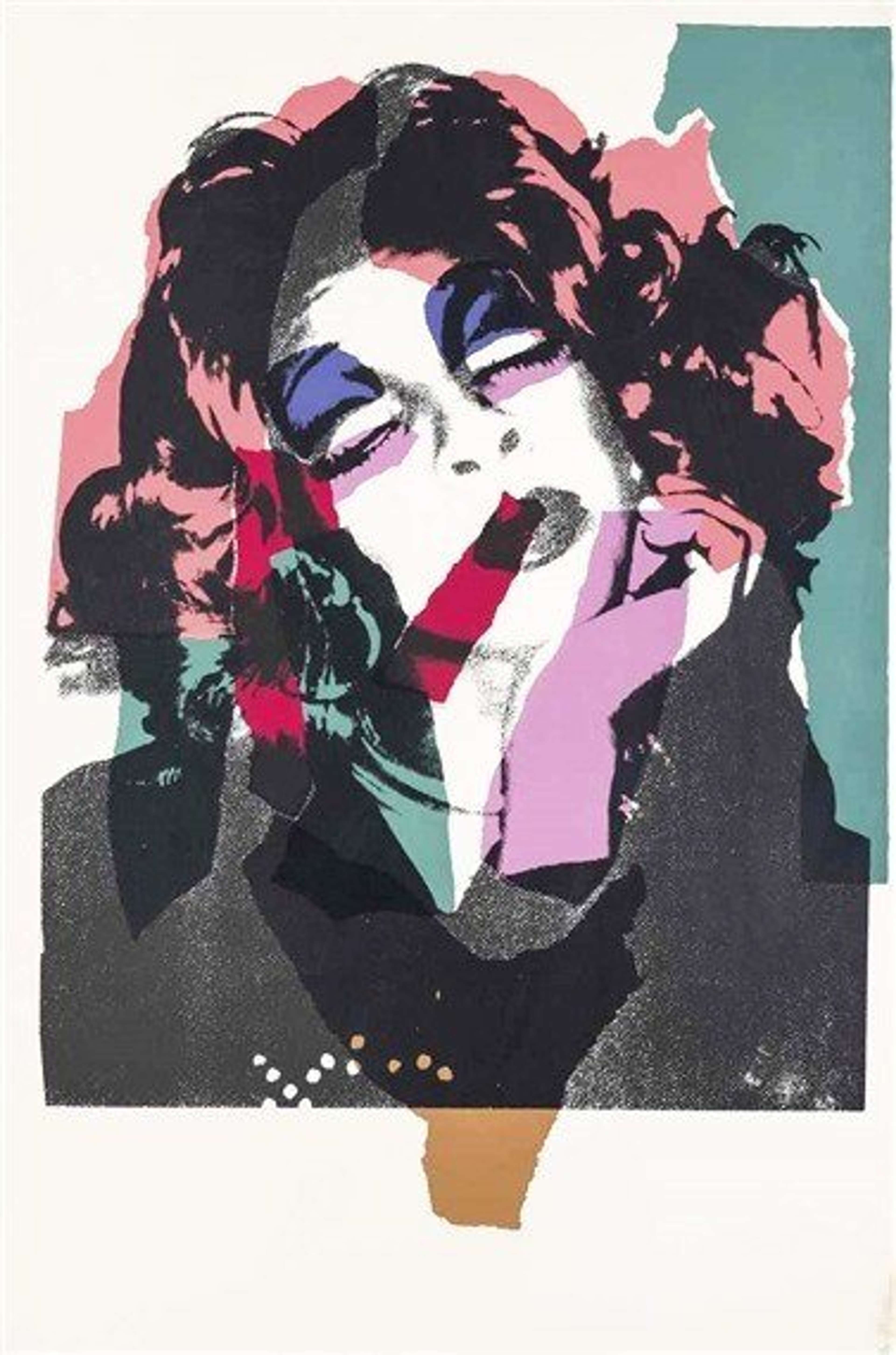 Ladies & Gentlemen (F. & S. II.128) is a print from Andy Warhol’s large portfolio of work the Ladies & Gentlemen series from 1975. This portrait depicts a transgender woman who went by the name Iris, of whom Warhol created 26 paintings from an original selection of 36 Polaroids. Iris didn’t sign the polaroids, however she was identified by a member of the Warhol scene, who knew her personally. Other than that, there is very little known about Iris’s life.

The Italian art dealer Luciano Anselmino who commissioned Warhol to complete the series, stipulated that he wanted the portraits to feature New York drag queens, but suggested that it was to be ‘impersonal’ and ‘anonymous’. The commission also specified that the models were not to be drag queens who resembled beautiful cisgender women, nor did he want them to be higher profile members of the drag community. The names and identities of the models therefore remained anonymous until 2014, when the Warhol Foundation published an official list of all the Ladies and Gentlemen paintings.

Despite their anonymity, each model in Ladies & Gentlemen is striking and unique. Warhol’s print of Iris is overlain with blocks of vivid colour to bring a sense of joy and flamboyance to the portrait. The deliberately misaligned layers of colour that spill beyond the lines of the photographic screen print, adeptly capture the theatricality of drag and gender performance that Warhol was trying to explore.