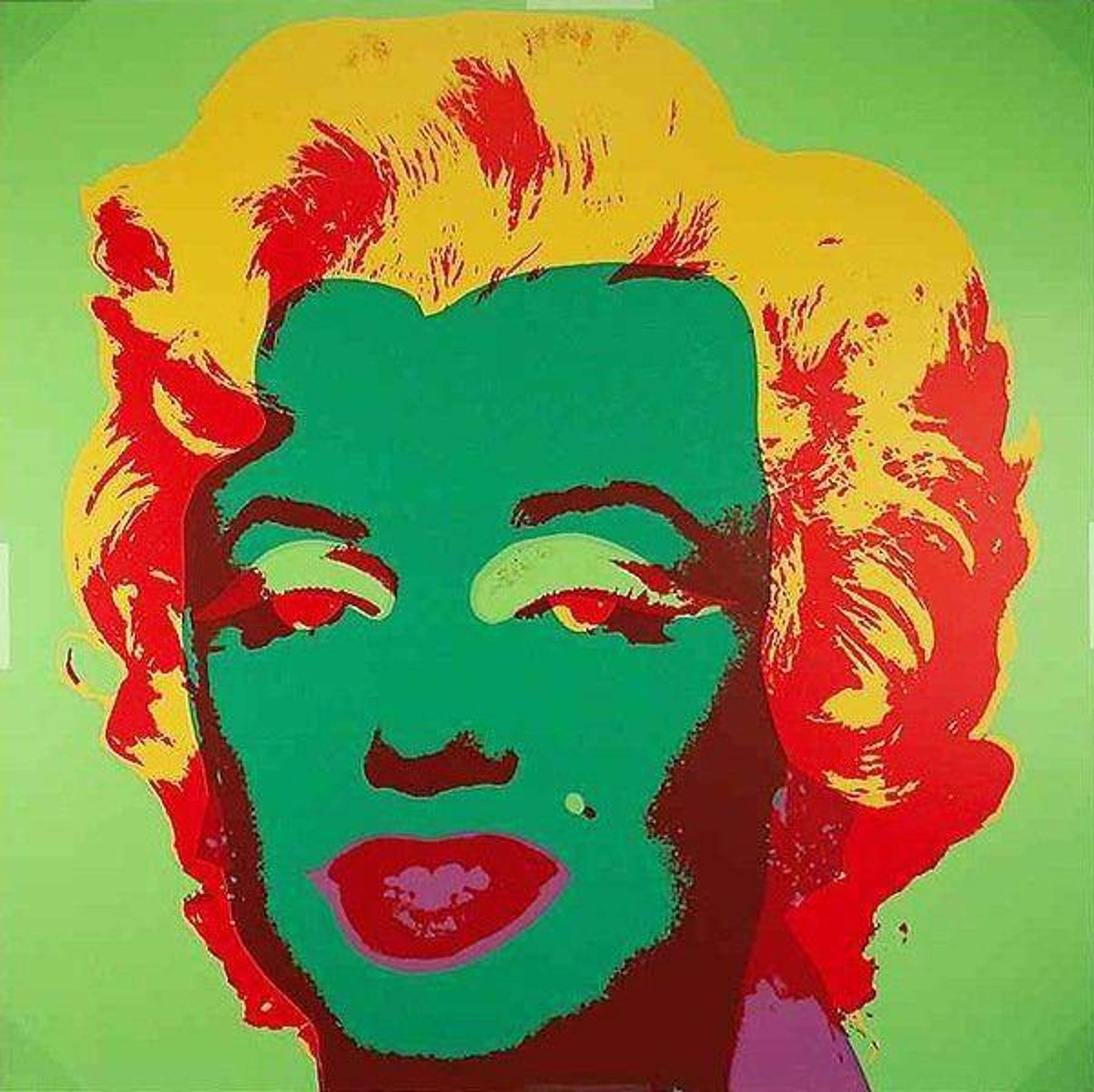 An unparalleled graphic exploration in repetition and colour, Marilyn (F. & S. II.25) is a print from Andy Warhol’s world-renowned Marilyn series from 1967. It depicts a portrait of the starred celebrity actress Marilyn Monroe, coloured with striking and heavily contrasted colours of dark green, orange, red and purple against a light green background.

Shortly after her tragic death in 1962, Warhol had depicted Marilyn Monroe in 23 paintings based on a publicity photograph from the film Niagara (1953), cropped to bring greater attention to her features. This print shows an iteration of the same photograph that shows her face turned to her right and lips sensually parted with a smile. Marilyn (F. & S. II.25) is particularly striking in its use of colour oppositions and high contrasts that are created with black ink layered on the top surface of the image.

Warhol was obsessed with reproducing Monroe’s image through the medium of screen printing and this body of work exemplifies the artist’s idea that ‘repetition adds up to reputation’. Significantly contributing to the ‘print boom’ of the 1960s, this series points to the way in which Warhol changed the course of art history through the screen printing method and obsessive repletion of his subject matter