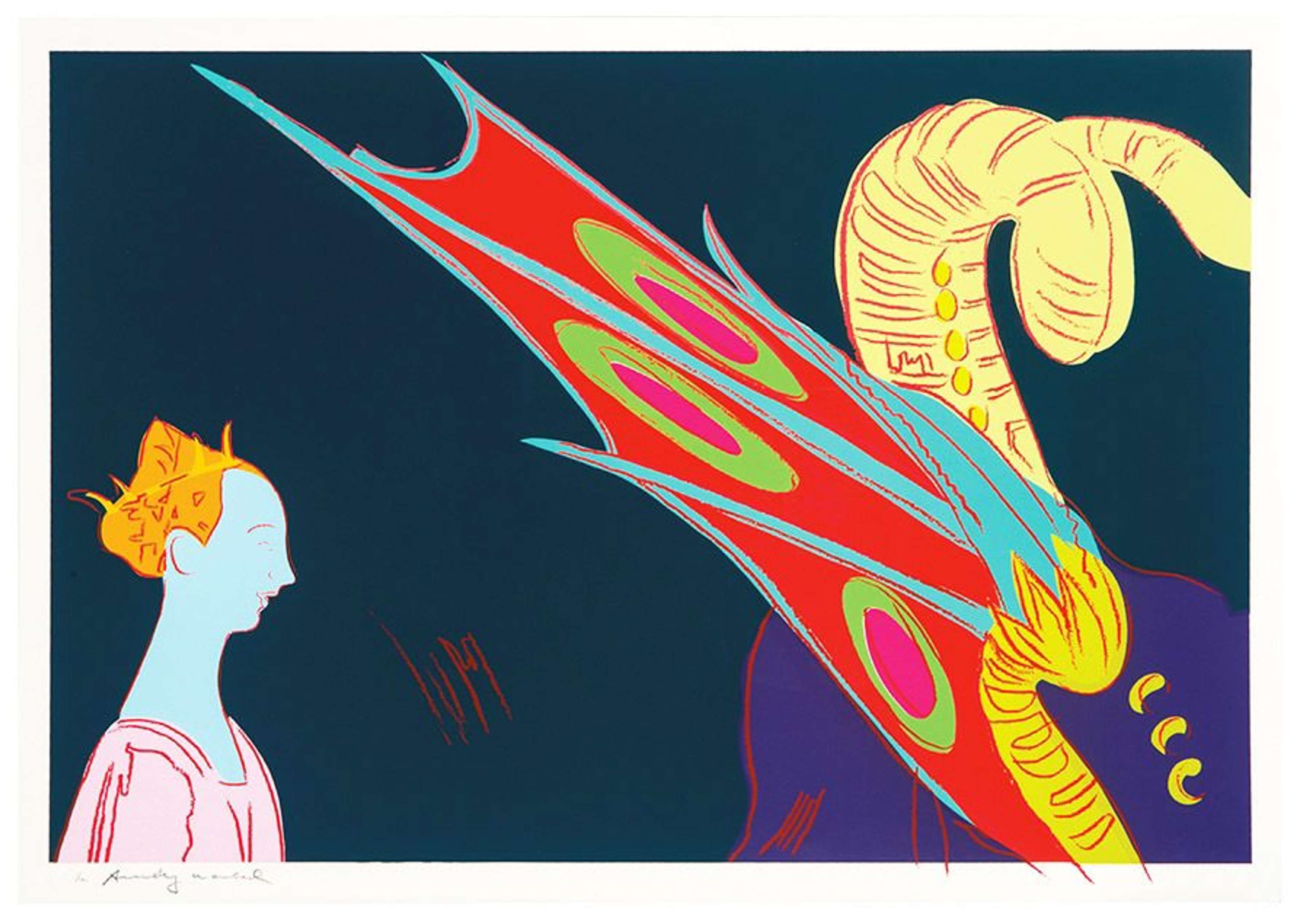 Paolo Uccello, St. George and the Dragon 1460, is a print from Andy Warhol’s Details of Renaissance Paintings series (1984) where the artist has appropriated an oil painting depicting a scene from the legendary story of St. George and the dragon. Throughout the series, Warhol injects the original Renaissance paintings with vibrant colours and kitschy style, rendering images of fine art into symbols of popular culture.

The original painting by Uccello is of a magical world of fairy tale with its fantastical dragon. Warhol’s translation of the image, with the tightly cropped composition focusing on the dragon’s spiky, spotted wings, corkscrew tail and the princess flattened against the picture plane, is more suggestive of a comic strip than a depiction of the legend of St. George. The subtle quality of the original painting has been usurped by Warhol’s use of brilliant, non-naturalistic colour, using bright red, dark and light blue, light pink and orange hues.

Warhol severely alters the original painting that he appropriates, making it entirely distinct and recognisably Pop Art, to prove his point that there is indeed originality in repetition. Choosing to tightly crop the composition so as to only show the pale princess and dragon’s wing, Warhol focuses on the calm and controlled moments within the otherwise violent and chaotic scene.