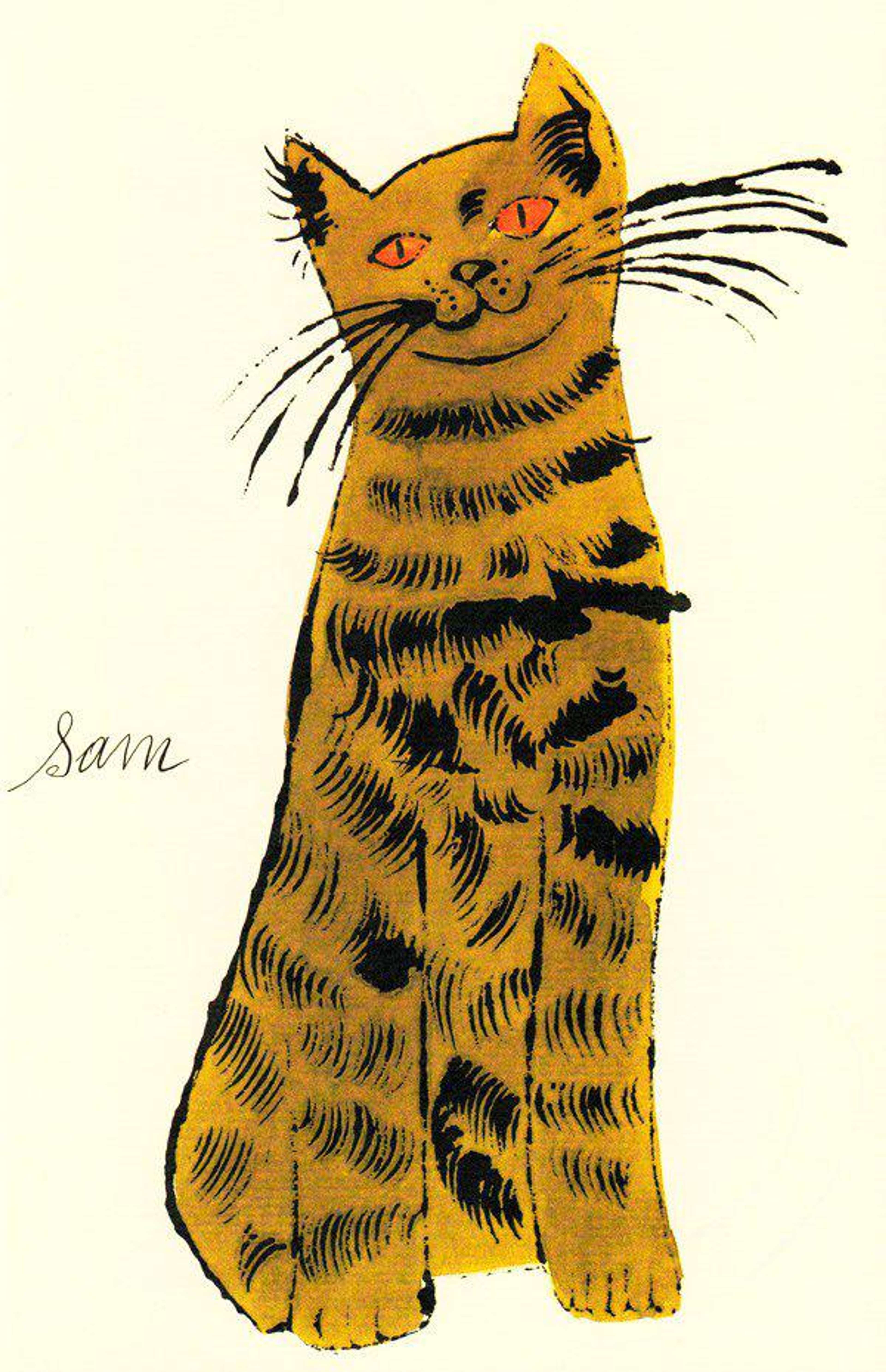 Printed in 1954, Cats Named Sam IV 54 is an offset lithograph by Andy Warhol that marks his development from a freelance commercial and children’s book illustrator to a Pop artist and cultural icon. The print depicts a tabby cat with bold red eyes, staring coquettishly at the viewer, rendered against a plain backdrop. The traditional colours in this print contrast with the unconventional bold and vibrant colours used to depict the other cats in the series. To the left of the cat, its name, Sam, is written in elegant calligraphy.

Cats Named Sam IV 54 is part of the Cats Named Sam series, produced by Warhol in 1954 to accompany the children's book he published, 25 Cats Name (sic) Sam and One Blue Pussy. Despite what the book's title suggests, the series only features 16 lithographs, all of which feature a unique colour composition and were hand coloured by Warhol or his friends. The inspiration for the book and this series of prints came from Warhol’s unusual living situation. The artist’s mother, Julia, came to New York and moved in with Warhol in 1952. While she was living with Warhol in his Manhattan apartment on East 57th Street, she accumulated 25 cats, all of whom (bar one) she named Sam.

This print captures the development of Warhol’s artistic technique and his experimentation with simple and gestural lines along with blocks of bright colour, which is clearly seen in his later prints, such as the Truck and Ads series.