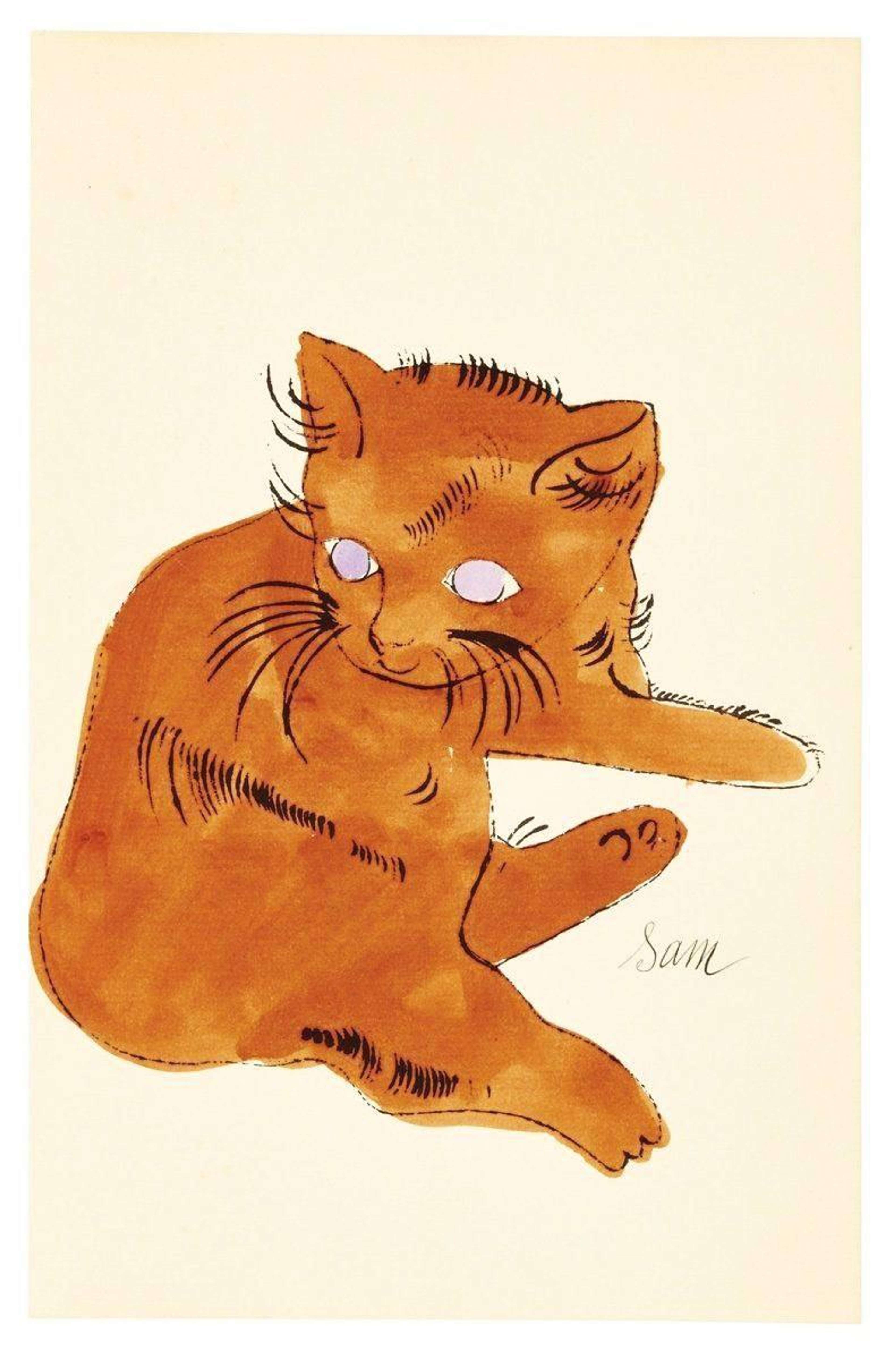 Printed in 1954, Cats Named Sam IV 66 is an offset lithograph by Andy Warhol that differs in subject matter to his prints capturing cultural icons of the 20th century. The print depicts a cat, rendered in warm orange against a plain backdrop. The cat appears to be looking at the floor with its round, pastel pink eyes. The cat’s name, Sam, is written in calligraphy below its paw.

Cats Named Sam IV 66 is part of the Cats Named Sam series, produced by Warhol in 1954 to accompany a book he published, 25 Cats Name (sic) Sam and One Blue Pussy. The inspiration for the book and ensuing print series was Warhol’s mother, Julia, who lived with him in his Manhattan apartment, along with her 25 cats (all of whom, bar one, were called Sam). One of 16 lithograph prints, Cats Named Sam IV 66 encapsulates the beginning of Warhol’s career as an artist and his development from a freelance commercial and children’s book illustrator to a renowned Pop artist.

This print features Warhol’s signature blotted line technique which he used in many of his commercial illustrations for the likes of Tiffany, Vogue and Colombia Records. The printing technique results in delicate lines, sometimes dotted or broken which could be coloured with watercolour dyes. Cats Named Sam IV 66 captures how colour could be laid over ink lines to create a vibrant, offset effect.