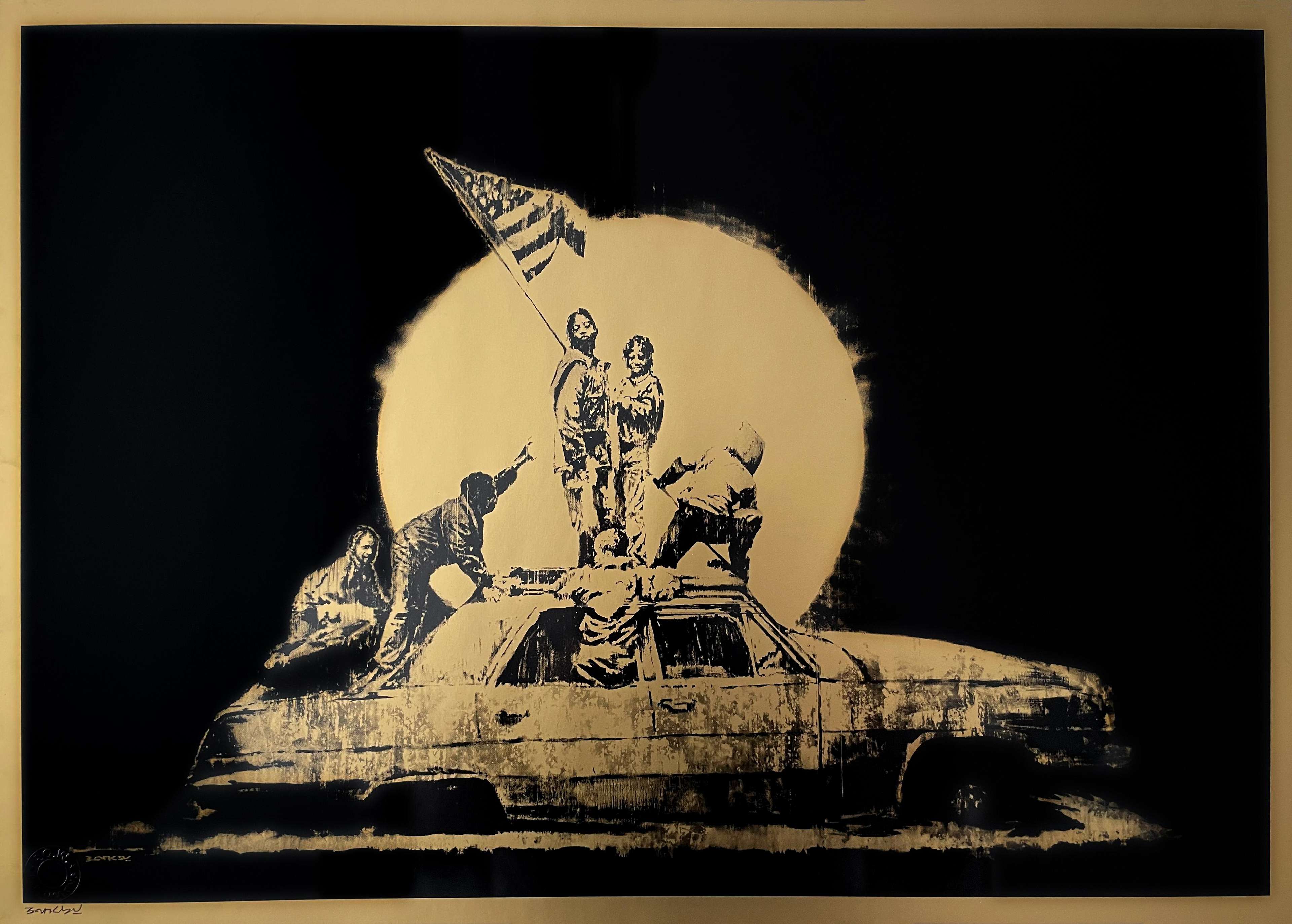 This original limited edition screen print comes in two different colours: silver and gold – the silver being the most sought-after as 1000 prints were released as part of the famous artist’s Santa’s Ghetto exhibition on Oxford Street in London in 2006. The gold edition of Flag was available to buyers in person at the 2007 Santa’s Ghetto in Bethlehem – 112 of these were all signed.

Banksy’s website states: “an extremely limited number of silver Flags were available on formica from Lazarides. Printed on hardboard, these were signed (with Banksy’s signature scratched into the surface) from an edition of 20.”The eerie, heavily contrasted image shows a group of children and adults climbing on top of a car, where two female figures are standing holding the American flag against a large, silver moon as background. One interpretation for this powerfully haunting work could be the “American Dream” and its roots in violence and unrest. The print references an iconic photograph Raising the Flag on Iwo Jima by photographer Joe Rosenthal, taken on February 23, 1945. The photo depicts six US Marines lifting the Stars and Stripes atop Mount Suribachi during the battle of Iwo Jima, in World War II. Instead of Marines, Banksy inserted figures of the disenfranchised youth into the image.