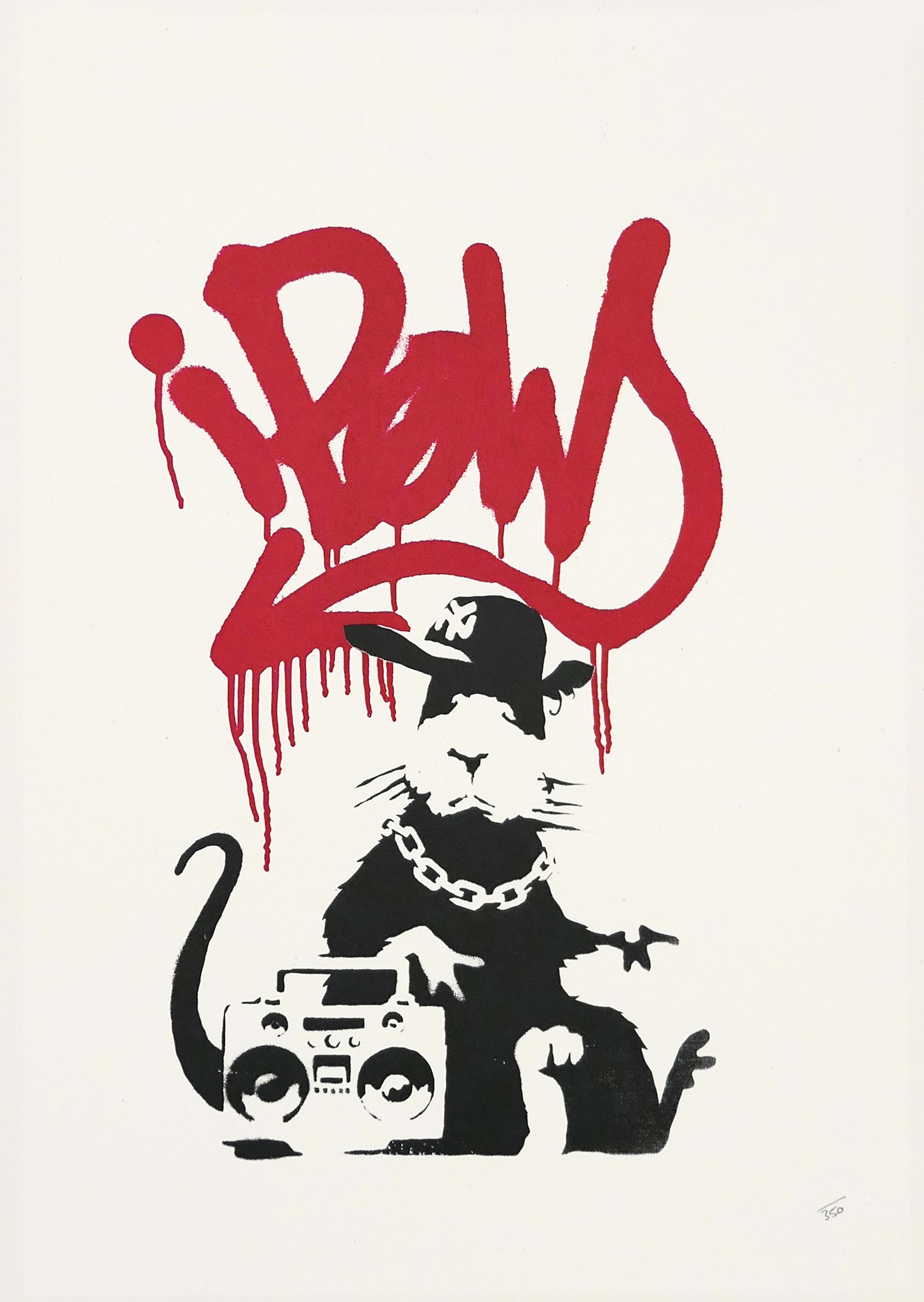 Gangsta Rat is an unsigned screen print released as a part of Banksy’s iconic Rat series in 2004 as an edition of 350.

Gangsta Rat is a largely black and white print in Banksy’s iconic spray-stencil style. It depicts a rat sitting next to a boombox wearing accessories typical of “gangster” street wear, such as a New York Mets baseball cap, an ear piercing and a long chain. There is a bright coral-red tag saying “IPOW” in the background as the central splash of colour on the image. This is an ironic social commentary on the ubiquity of Apple products and POW is a reference to Banksy’s print publisher: Pictures on Walls. The rat character portrayed is reminiscent of the New York underground style that was prevalent across the UK in the 1980s and 90s, and also draws inspiration from the French graffiti artist Blek Le Rat, who originally started using rats as a symbol.

Banksy also reproduced Gangsta Rat as a mural in Farringdon in 2004, in Old Street in 2006 and New York City in 2013 on the occasion of the artist’s painting residency: Better Out Than In. Much like other artworks from the Rat series, such as Love Rat and Radar Rat, Gangsta Rat is a very popular print both in its unsigned and signed editions.