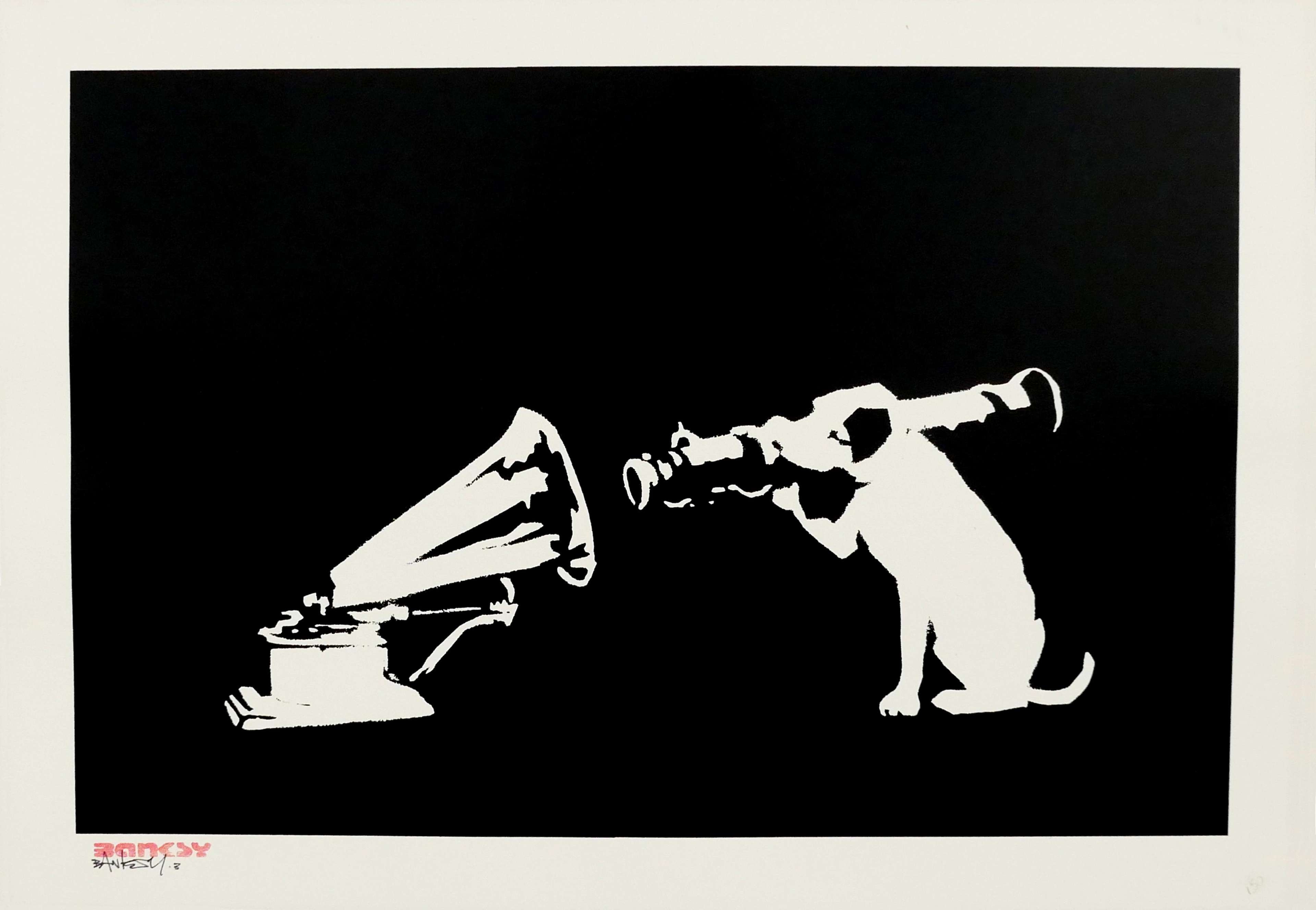 HMV Dog is one of Banksy’s earlier, highly desirable monochrome pieces made available in 2003 as a signed edition of 150.

Rendered entirely in black and white, HMV depicts the famous gramophone and dog symbol of the commercial music vendor HMV, however upon closer inspection one can detect that Banksy has added a bazooka to the dogs armoury, aimed directly at the gramophone’s cone with one of its paws. The piece can be read as symbolising the contrast between the old and young, traditional and modern, outdated and forward thinking in the two motifs of the gramophone versus the dog. According to a different reading, the gramophone could represent the capitalist nature of the modern music industry. Anti-capitalist themes regularly occur in Banksy murals and prints - he often passes comment on how capitalism and large conglomerates are responsible for much of the problems in society, much like in other famous prints such as Sale Ends v2 or Very Little Helps.