I Fought The Law (yellow) 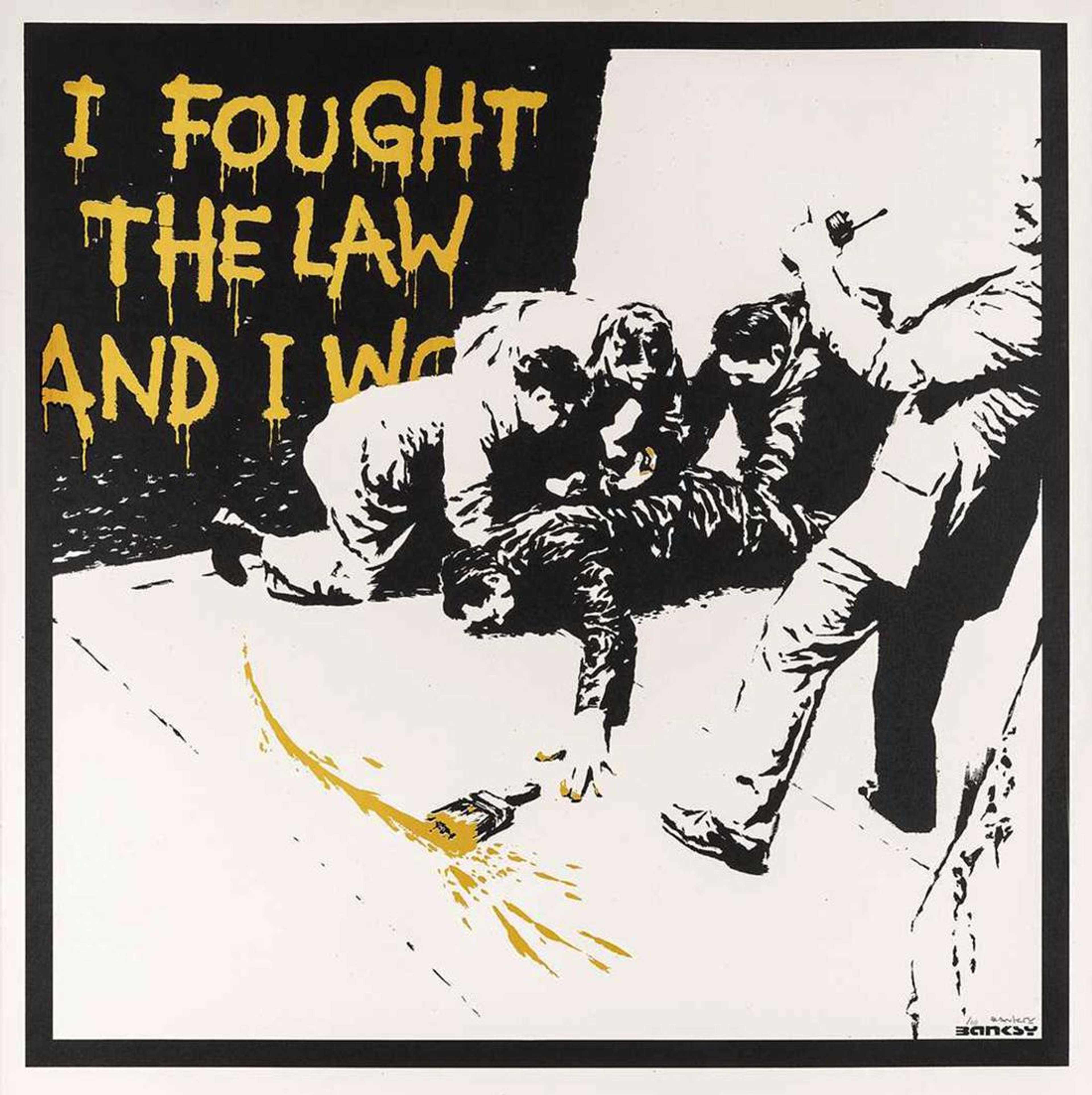 Banksy’s original wall art, I Fought The Law (Yellow) is a signed screen print released by the British Street Artist in 2004 as a rare mixed edition of 71.

By subverting this phrase, Banksy makes a statement on how those who rise above the law and fight protocol are invariably knocked down by the jeering masses. Alternatively, it could be seen that, despite getting caught, the graffiti artist had already won – by writing on the wall, he had succeeded in getting his message out there despite what happened next. The positioning of the men in the image is a reversal of photographs capturing the assassination attempt of Ronald Reagan.