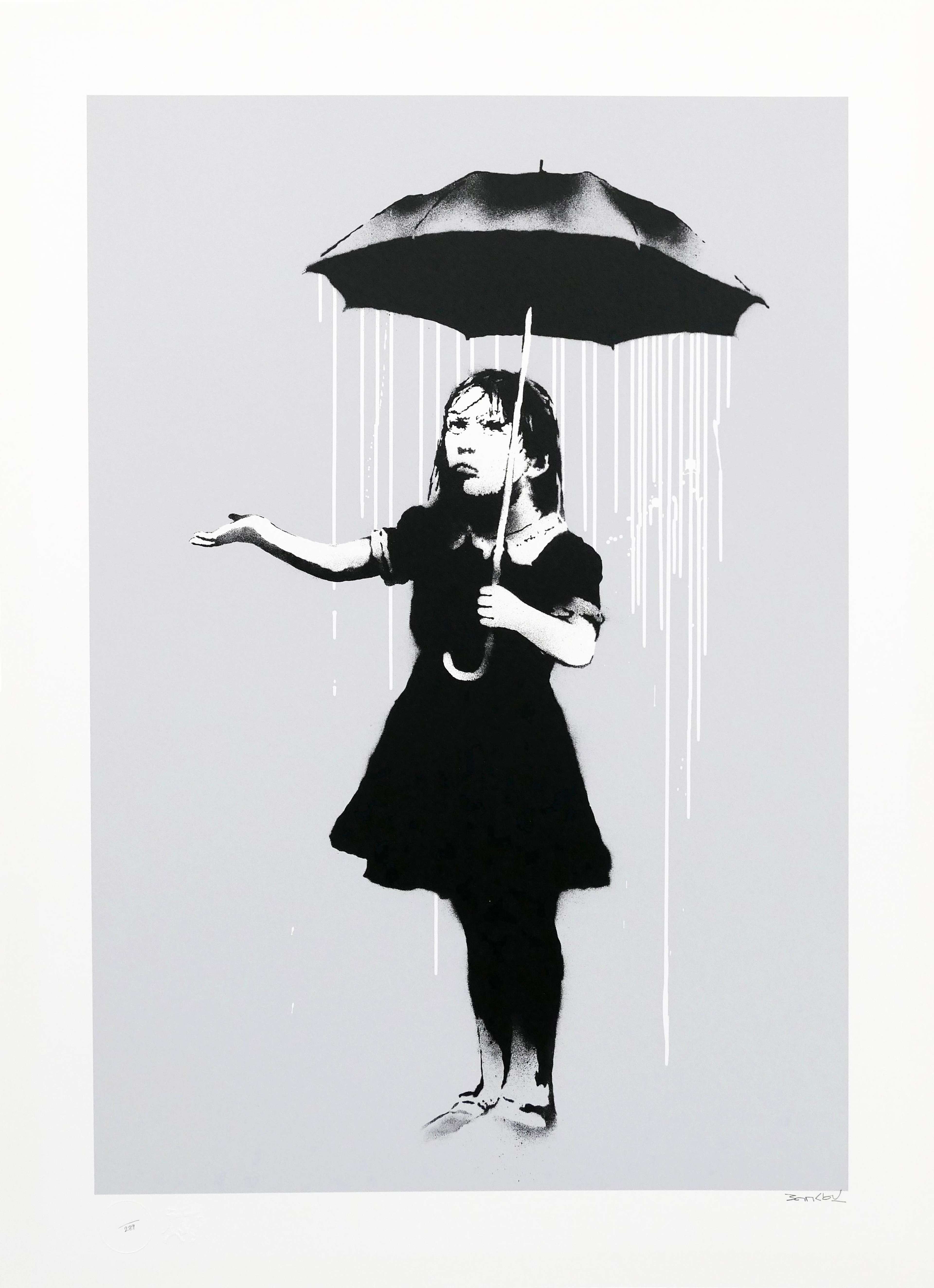 Nola (white rain) is an iconic image commemorating the tragedy of hurricane Katrina, released as a signed screen print in an edition of 289 in 2008.

Nola, or as it’s often called “Rain Girl”, first appeared as a piece of graffiti in 2008 on a wall in New Orleans. It is likely a reference to hurricane Katrina that left the city in devastation not long before. Rendered in Banksy’s classic graffiti-spray-stencil style, it shows a young girl in a dress in black and white, beneath a black umbrella, holding her other hand out and feeling the rain that is pouring down. The background is a block grey as white rain falls from the umbrella. The image evokes a kind of heart-warming innocence that strikes as especially powerful when reflecting on such a traumatic catastrophe. Banksy uses the same motif of the little girl in other impactful artworks such as Girl With Balloon.

In an interview, Banksy said that piece of wall art represents how some of the things that are supposed to protect us, can also harm us. Nola was released in a number of different colours.