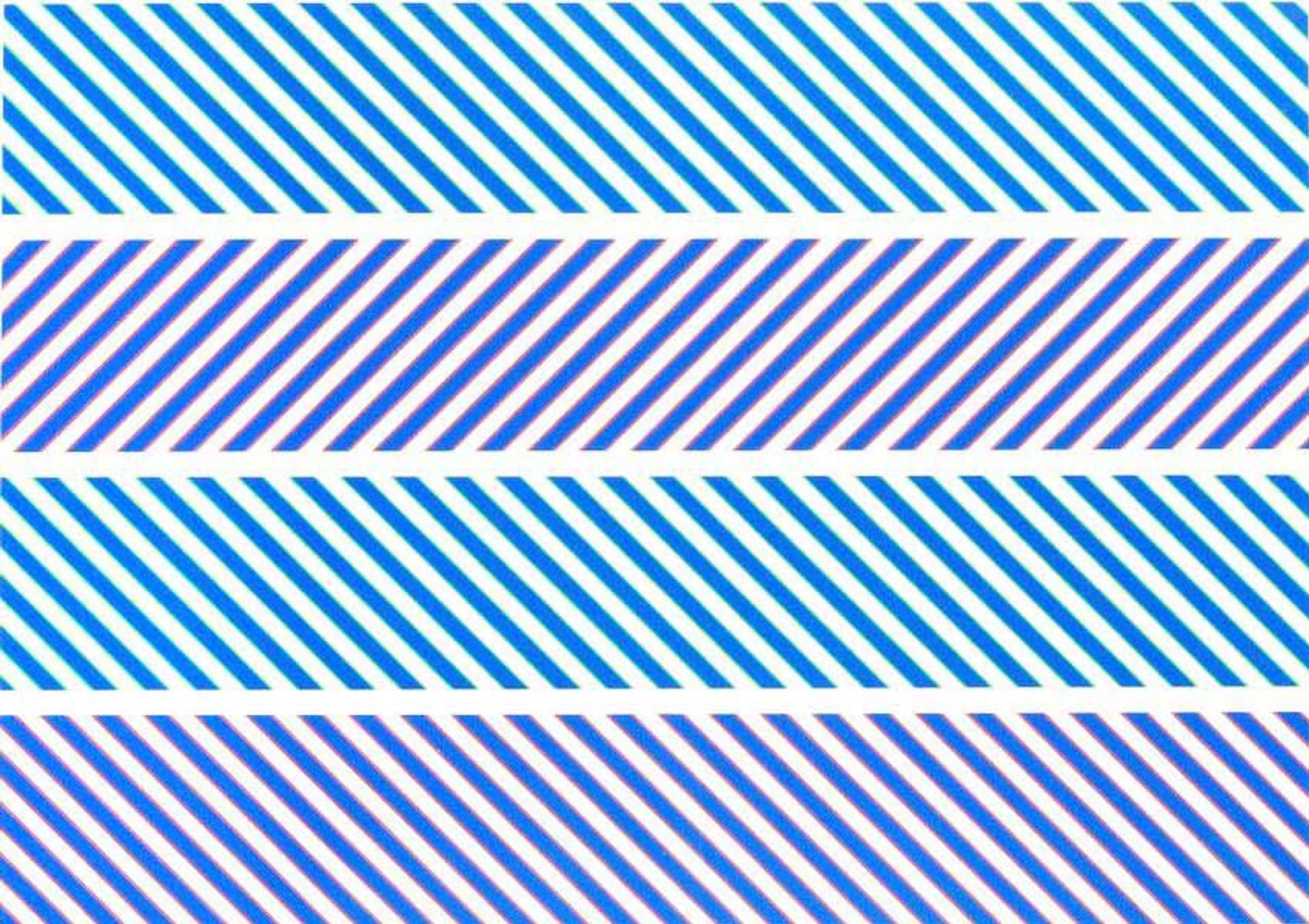 This signed screen print by Bridget Riley was released in 1973 in an edition of 75.

Rothko Portfolio is composed of four rectangular blocks which contain short diagonal lines that alternate directions in the first two blocks, but then face the same direction in the bottom half. The lines constituting each block are electric blue, with an alternating thin line of colour on each side of the line.

Working exclusively in black and white until the 1970s, Riley subsequently revelled in exploring the boundless visual and emotional effects of colour combinations, which added another layer of optical illusion to her artwork. Utilising colour to achieve new optical effects, Riley saw shape and colour as “ultimate identities'' interacting on the two-dimensional canvas surface.

Rothko Portfolio was contributed by Riley to a portfolio of prints published in 1973 by the Mark Rothko Memorial Trust, a charity established by Bryan Robertson to facilitate bursaries for artists working in the UK to travel to the US. Twelve other artists were involved. Rothko had committed suicide in 1970, one year before Riley’s first retrospective at the Hayward Gallery, London.