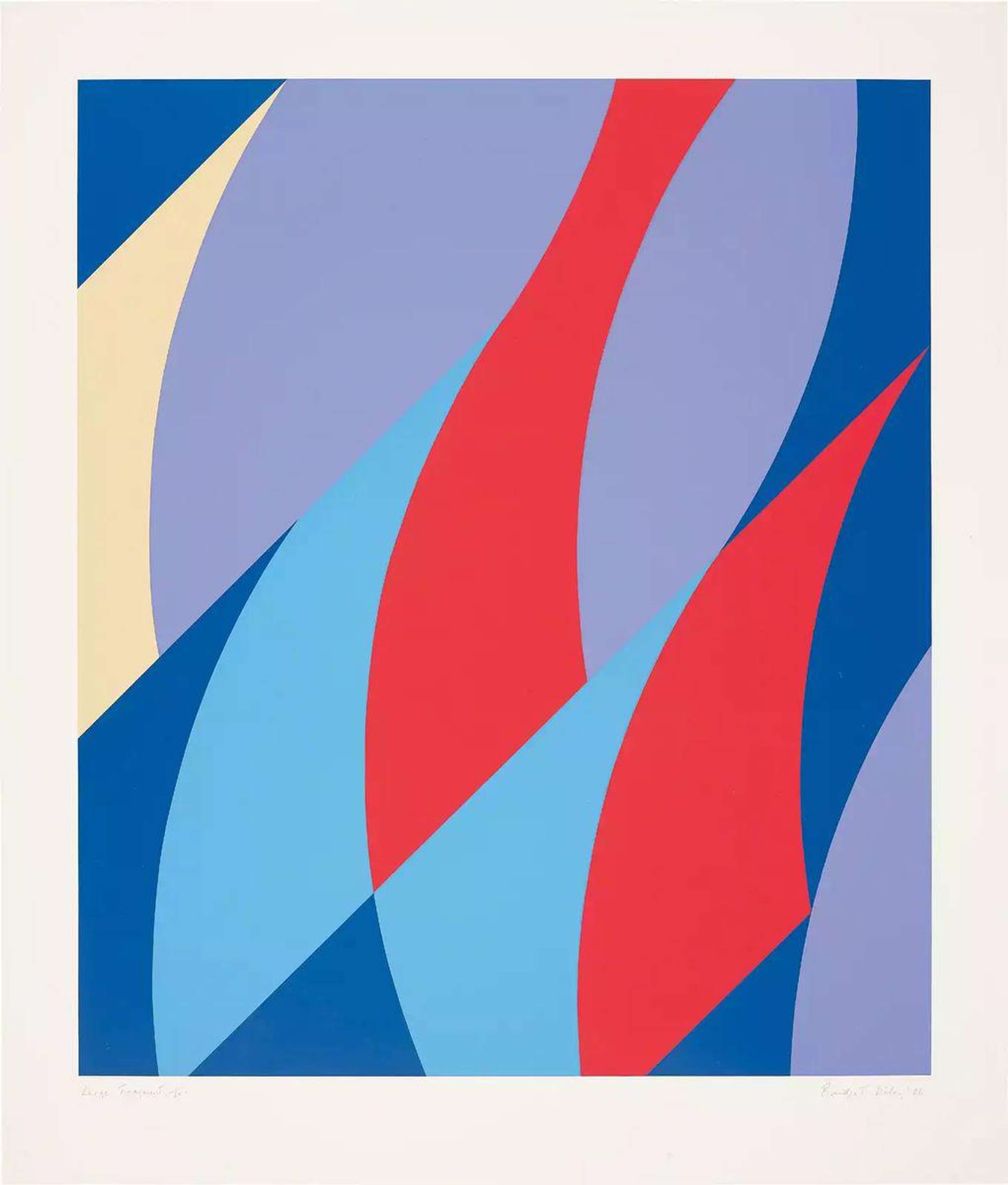 This signed screen print was released in 2006 in an edition of 50.

Large Fragment is essentially what the title suggests: a close-up fragment in the style of the other works that constitute the Lozenges series, which the artist worked on from the late 1990s until into the twenty-first century. The resulting image here was arrived at through making studies for other artworks. Riley has continually expressed the importance of these preparatory studies in the realisation of her final works.

The enlarged, undulating wedges and loose sense of pattern in Large Fragment contributes to the artwork’s calming sense of rhythm. The diagonal lines underpinning the composition of other works within the series are still discernible here, now with greater width.