In A Spin (paint) 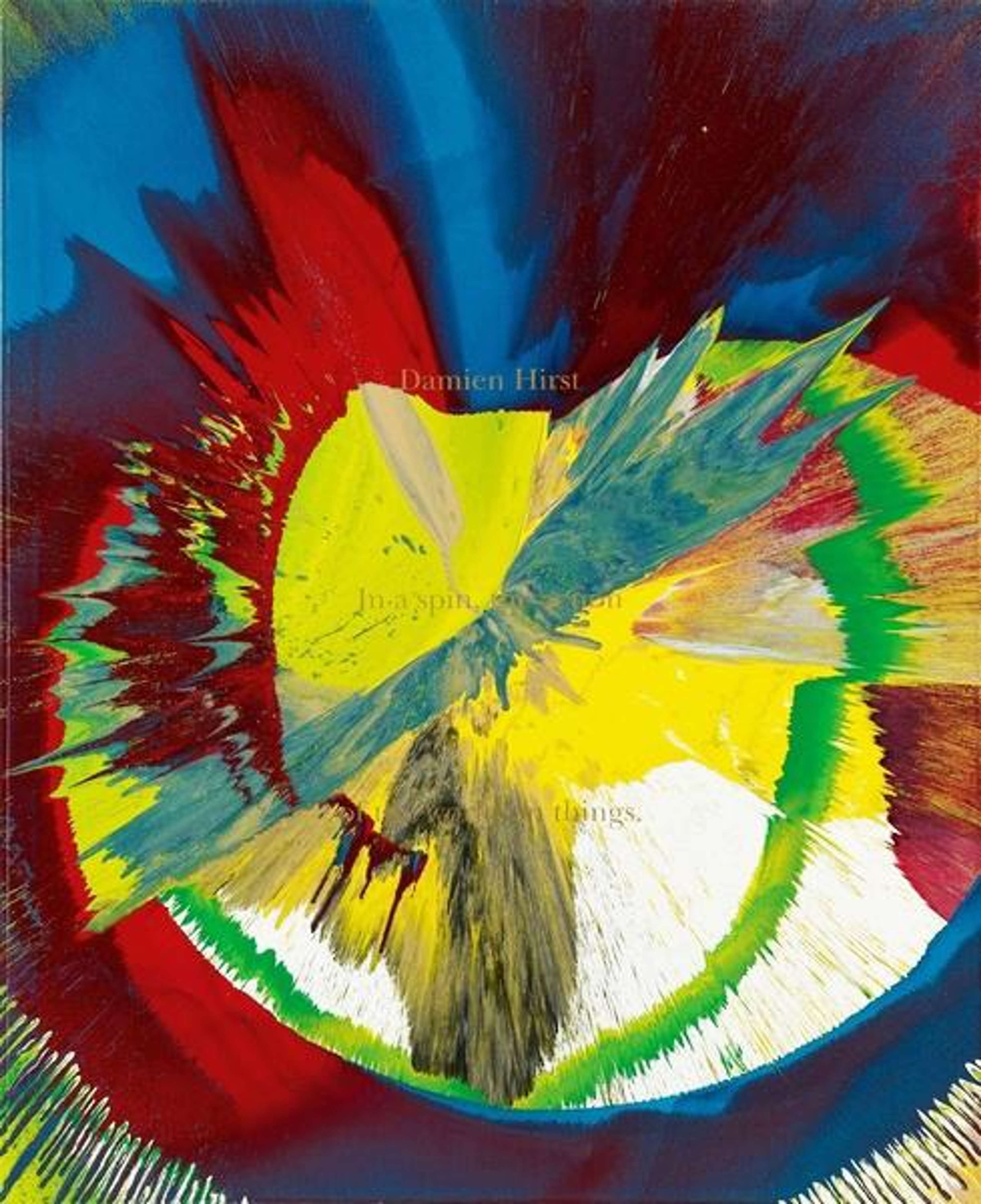 In A Spin (paint)
Signed Print

In A Spin is a signed etching taken from Damien Hirst’s second volume of his 2002 In A Spin, The Action Of The World Upon Things series. This print shows a painterly explosion of colour across the canvas, resulting in a lively image that resembles an Abstract Expressionist painting.

As the title suggests, this print is based on Hirst’s series of famous works that have come to be known as the spin paintings. To create these paintings Hirst stands on a ladder and throws paint onto large circular canvases that are attached to a rotating spin machine.

The original spin paintings began as a collaboration between Hirst and Angus Fairhurst in the event ‘A Fete Worse than Death,’ and the curator Gregor Muir has recalled: “Using an inverted electric drill and a piece of wood onto which they could fasten sheets of paper, Fairhurst and Hirst set up a spin painting stall – an idea borrowed from a once popular children’s game using painting and an old record player cranked up to 78rpm. A spin painting cost £1 to produce and was signed by both artists on the reverse. In Hirst’s case, the idea proved too useful to be left behind, resulting in his subsequent ‘Spin Paintings’.”