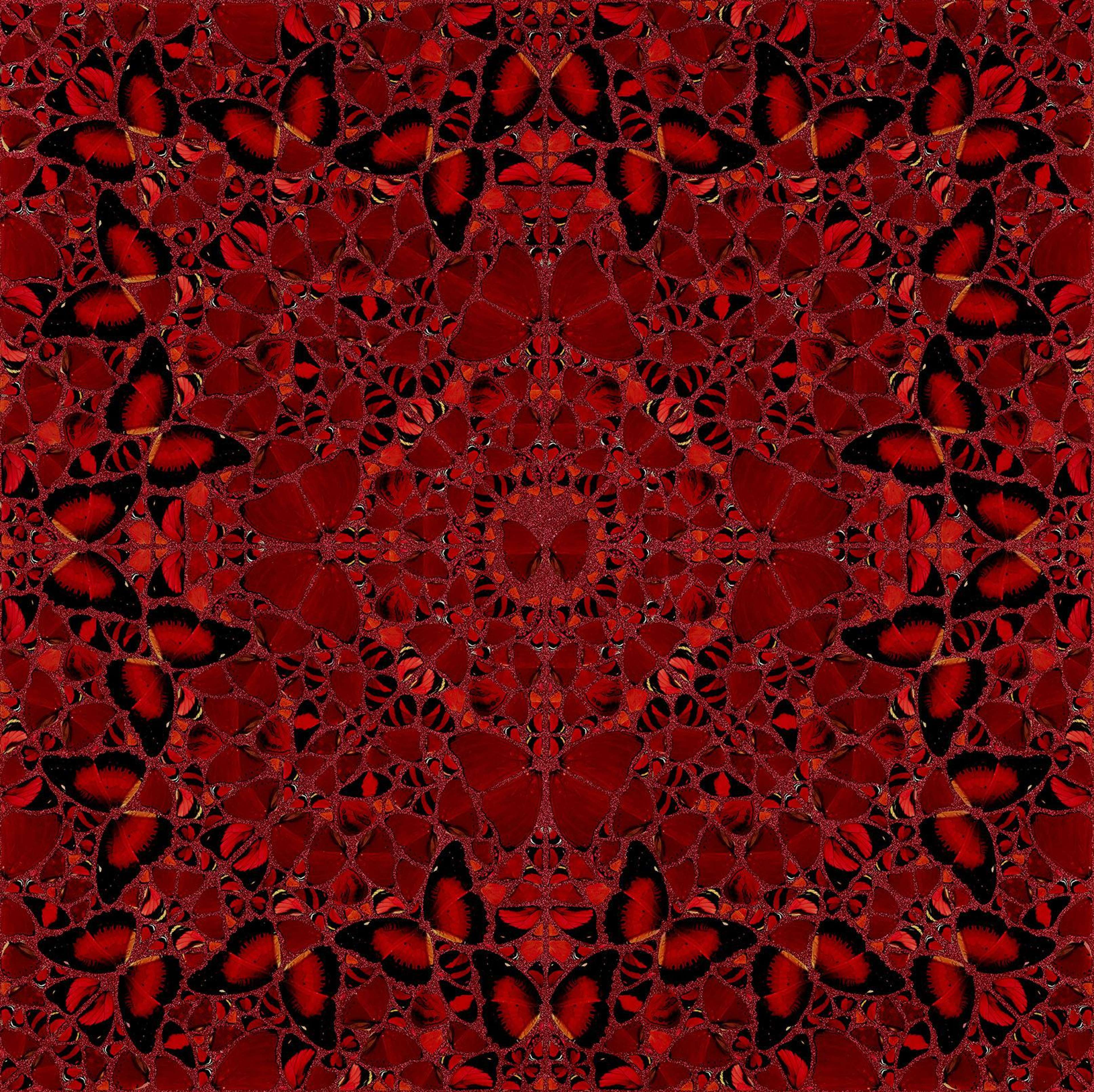 H10-2 Nūr Jahān is a laminated giclée print on aluminum composite. Screen printed with glitter, the composition was produced by the contemporary artist Damien Hirst in 2022. In this print Hirst creates an intricate pattern composed of butterflies and the complex composition resembles a mosaic. The composition is dominated by bold red and hints of black. The butterflies are arranged in concentric circles with a large butterfly in the centre of the composition.

The print is part of Hirst’s collection H-10 The Empresses which is composed of five gliclée prints. Each print in this series shows a captivating pattern made out of red butterflies and the prints are all named after an Empress from different historical periods. This print is named after Nūr Jahān who became the Empress of the Mughal Empire in 1611 after marrying Emperor Jahāngīr. Nūr Jahān was a talented architect whose work is said to have inspired the design of the Taj Mahal in the Indian city, Agra.

Butterflies frequently appear in Hirst’s artworks. One of Hirst’s most memorable pieces which uses the insect as its focal point was the interactive installation that the artist produced for his first solo exhibition In and Out of Love in London in 1991. In this installation, Hirst bred butterflies in a humid room which flew around the exhibition space, interacting with the people who came to the exhibition. Other works in which Hirst uses butterflies are his Mandala paintings and his Kaleidoscope collection which the artist started in 2001.