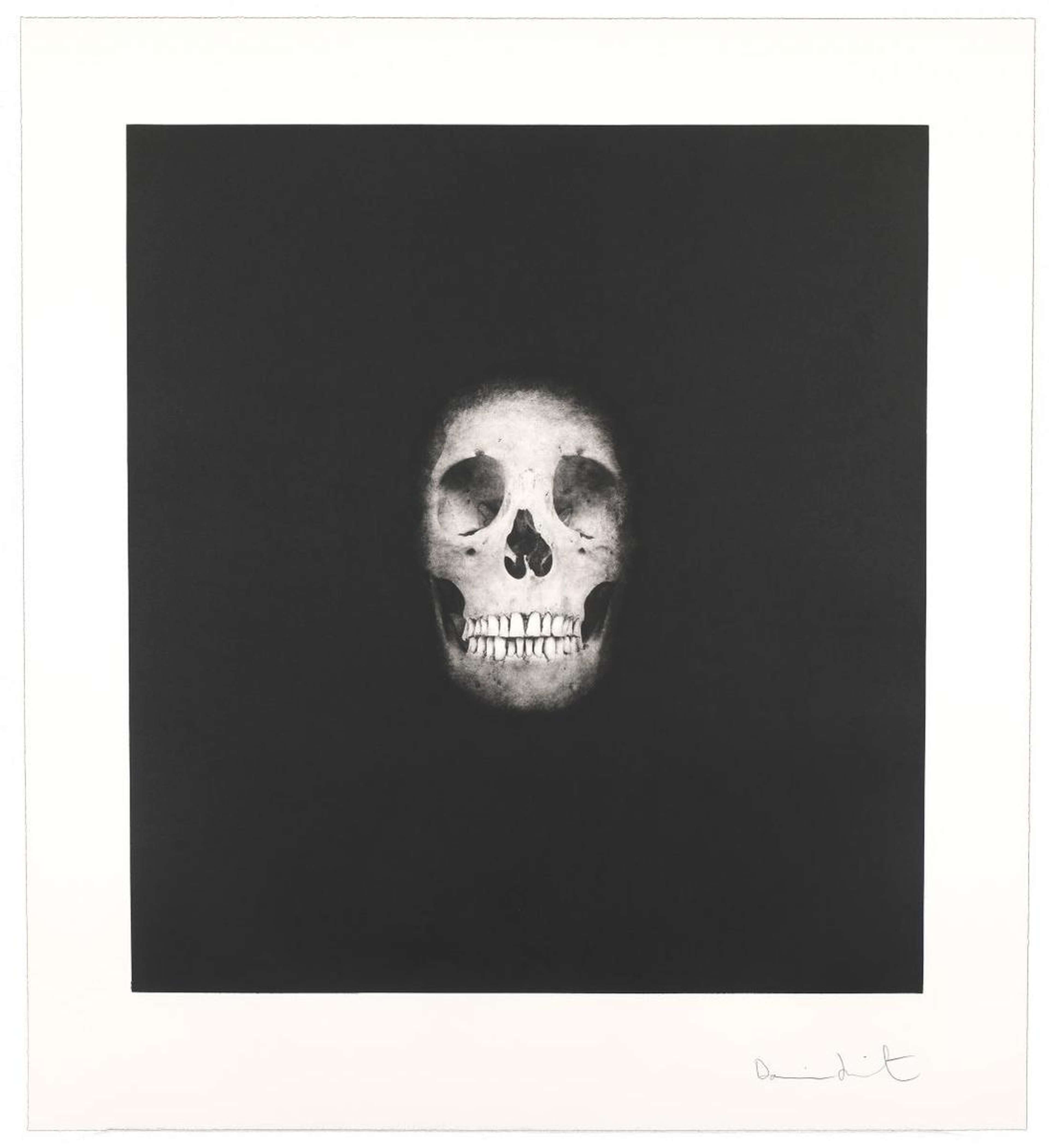 Memento 9 is an intaglio print from Damien Hirst’s Memento series from 2008. This print has a menacing quality, showing a human skull emerging from a stark, black background in the centre of the composition.

Reminiscent of Hirst’s diamond-studded skull entitled For The Love Of God from 2007, this print is representative of one of the artist’s most iconic parts of his oeuvre. Hirst produced a series of sketches on the lead up to For The Love Of God, titled Death Explained, and in these sketches human mortality is represented in a clinical way. Decay and fear are absent from Hirst’s works that explore themes around mortality and are indicative of his interest in the intersection between aesthetics and science.

The subject matter of the Memento series is representative of Hirst’s most celebrated iconography: the skull, the diamond and the butterfly. The series comprises six prints of butterflies, six of skulls and one of a diamond skull, each image sharing the same composition and set against a dark backdrop. Set in dialogue with the butterflies in the first half of the Memento series, the skull stands in for the transitory nature of life and resurrection.