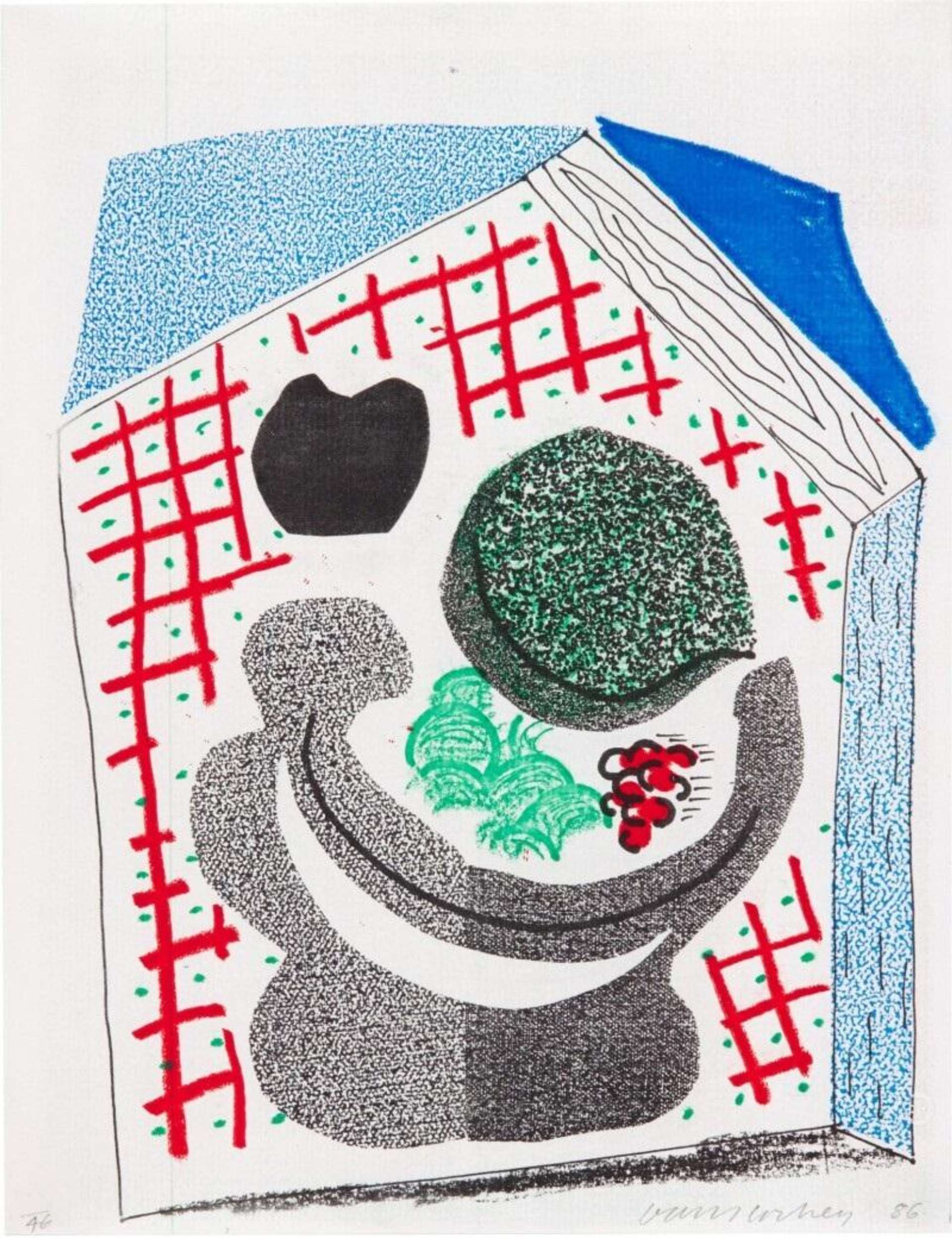 Bowl Of Fruit is a signed print from 1986 by British artist, David Hockney. This digital print has been printed on Arches rag paper and was executed on an office copy machine. The print represents the artist’s abstract take on still life - a genre that has held an important place in his body of work since the early 1960s.

The titular bowl consists of five straight lines arranged into an abstract, geometrical form, defying the conventional curved shape. To represent fruits, Hockney used mostly monochrome paper cut-outs. The abstracted cut-out forms contrast with a small-size figurative representation of grapes in the middle of the bowl. Green dots and a checked pattern surround the fruits, endowing the image with a playfully idiosyncratic character. Considering Hockney’s choice of colours, the print can be seen as yet another example of the artist’s intense dialogues with the tradition. On a number of occasions, Hockney referred to red, blue, and green as 'the colours of Matisse'. The artist’s use of exclusively these colours alongside the flattened, poster-like forms and patterns evokes Henri Matisse’s works, especially the environmental mural The Parakeet And The Mermaid (1952). Hockney makes the French artist’s legacy strongly present in the print through his choice of colour, shapes, and perspective.