Breakfast With Stanley In Malibu 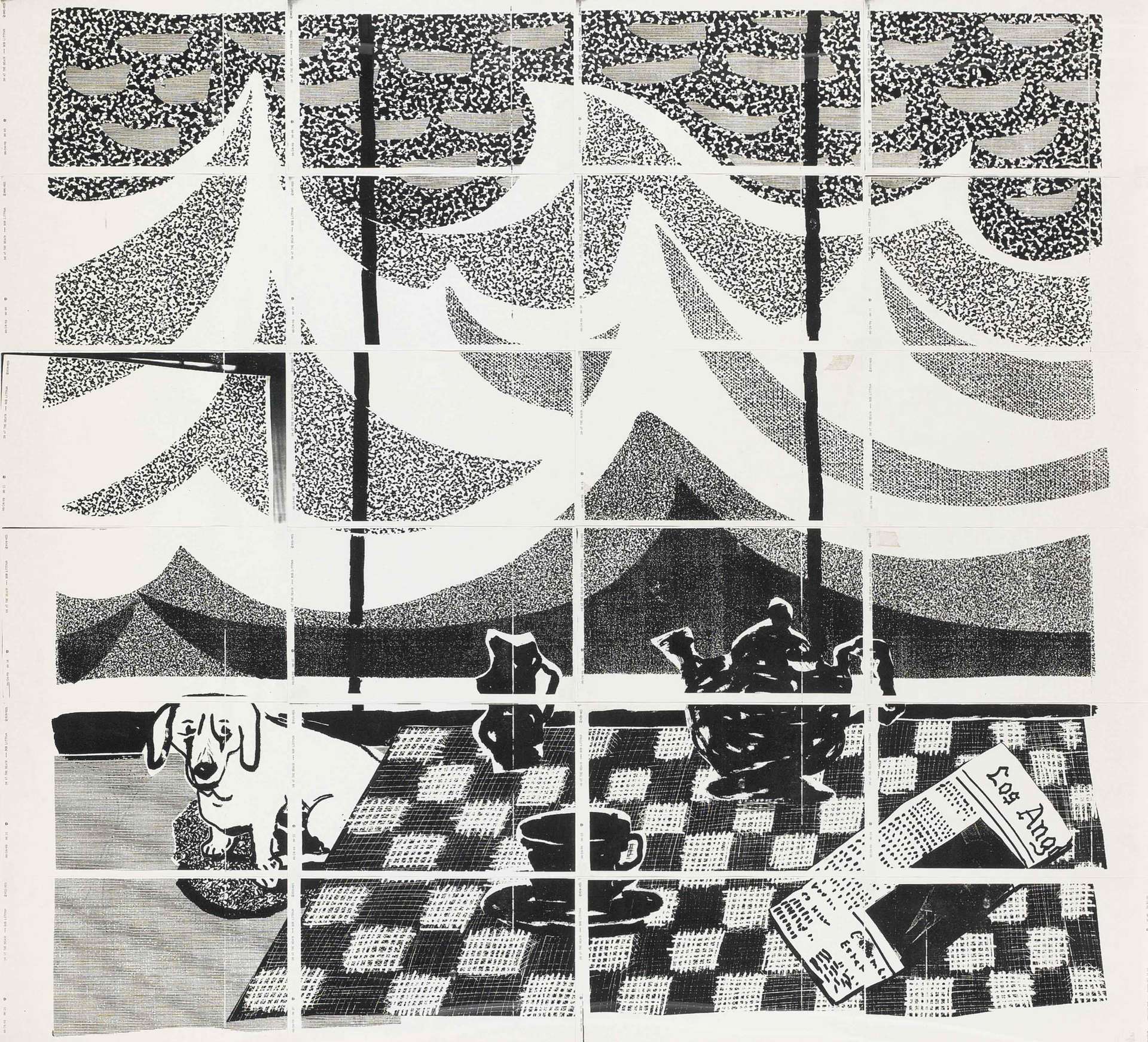 Breakfast With Stanley In Malibu (1989) is a fax print on paper depicting the artist’s beloved sausage dog Stanley next to a breakfast table. The simple arrangement of objects contributes to the calm atmosphere of the indoor setting, which contrasts with giant shapes outside the room. Further behind the table, we see a series of pointed shapes, resembling a torrent of heavy waves that seem to move behind the window. Featuring everyday objects, vibrant interior design, and the beloved sausage dog, the print combines a variety of subjects that have become representative of David Hockney’s work throughout the years.

During his career, Hockney has explored a range of technologies contemporary to his time, driven by the need to experiment with perspective and style. These technologies include Polaroid cameras, fax machines, photocopiers, and, from 2008 onwards, computers and iPad. In the late 1980s, Hockney became interested in fax art and produced a series of faxed drawings that he would distribute to his colleagues and friends. Breakfast With Stanley In Malibu was created as a gift to Billy Wilder, an Austrian-American film director and David Hockney’s lifelong friend. Hockney produced the print during the filmmaker’s visit to his home and studio in December 1990. 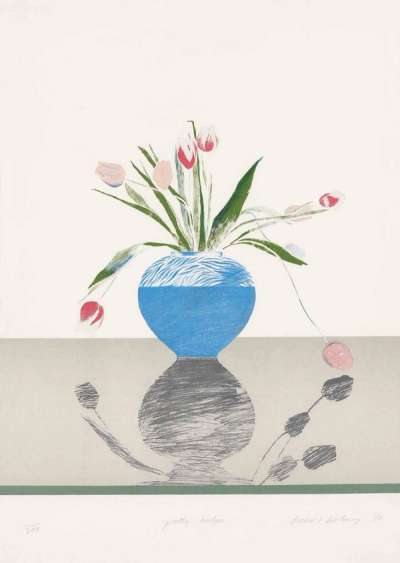