The Prisoner For Amnesty International 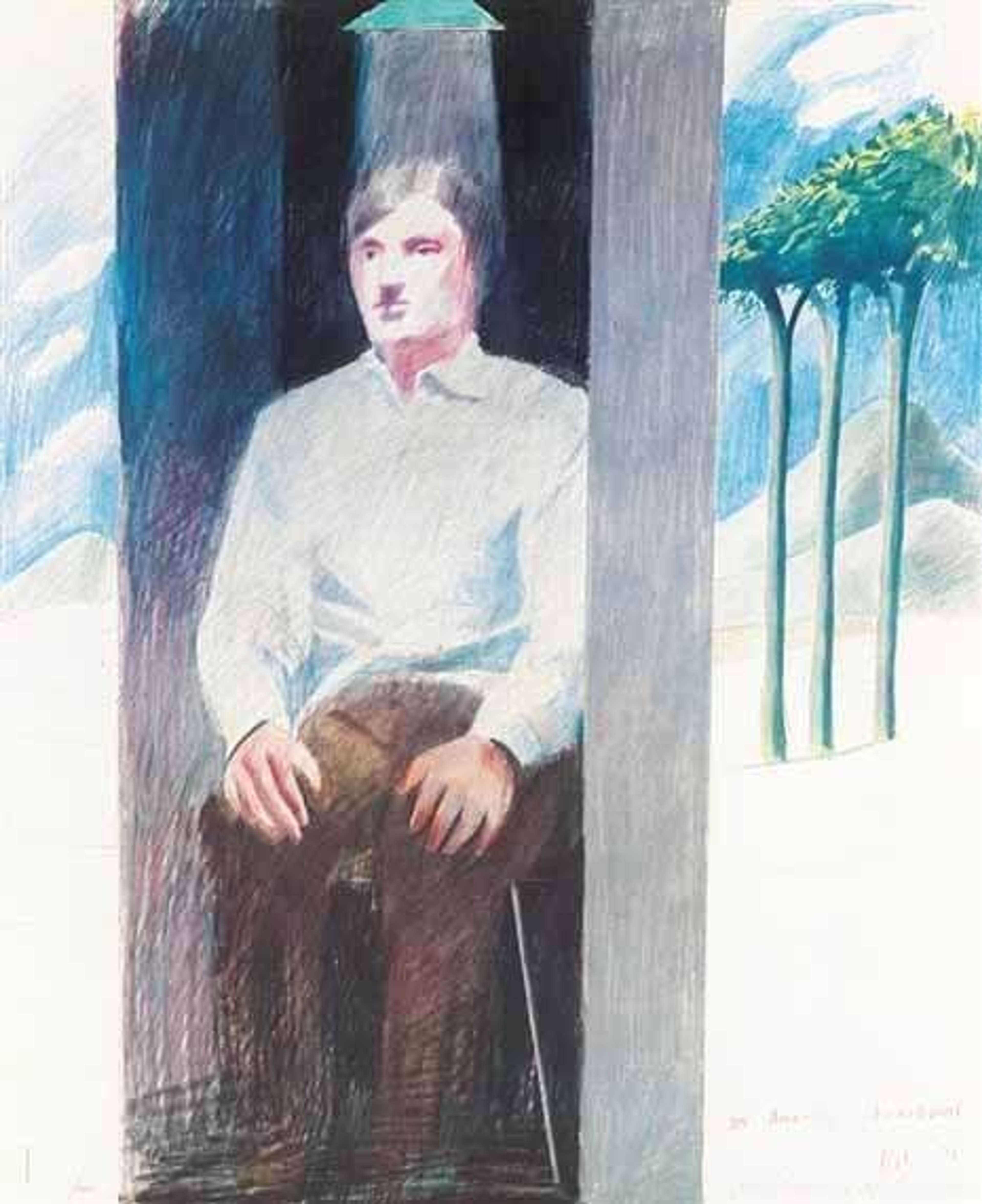 The Prisoner, For Amnesty International was executed by David Hockney in 1977 and was released in an edition of 100 for the charity Amnesty International, which is a non-governmental organisation focusing on human rights. This lithograph depicts a man sat in a tightly enclosed room with a single light hanging above his head. Outside, hills can be seen in the distance with tall trees towering in front. The sitter is rather nondescript in a white shirt and brown trousers, with similarly unremarkable features. The subject matter of this commissioned print is more sombre than what is typical of Hockney’s bright, vivacious paintings of flowers and scorching summers in California. Yet, in this sense, it stands testament to the artist’s limitless creativity and artistic capabilities as Hockney is widely considered to be one of the most influential and versatile painters of the 20th and 21st centuries.