Figure By A Curtain 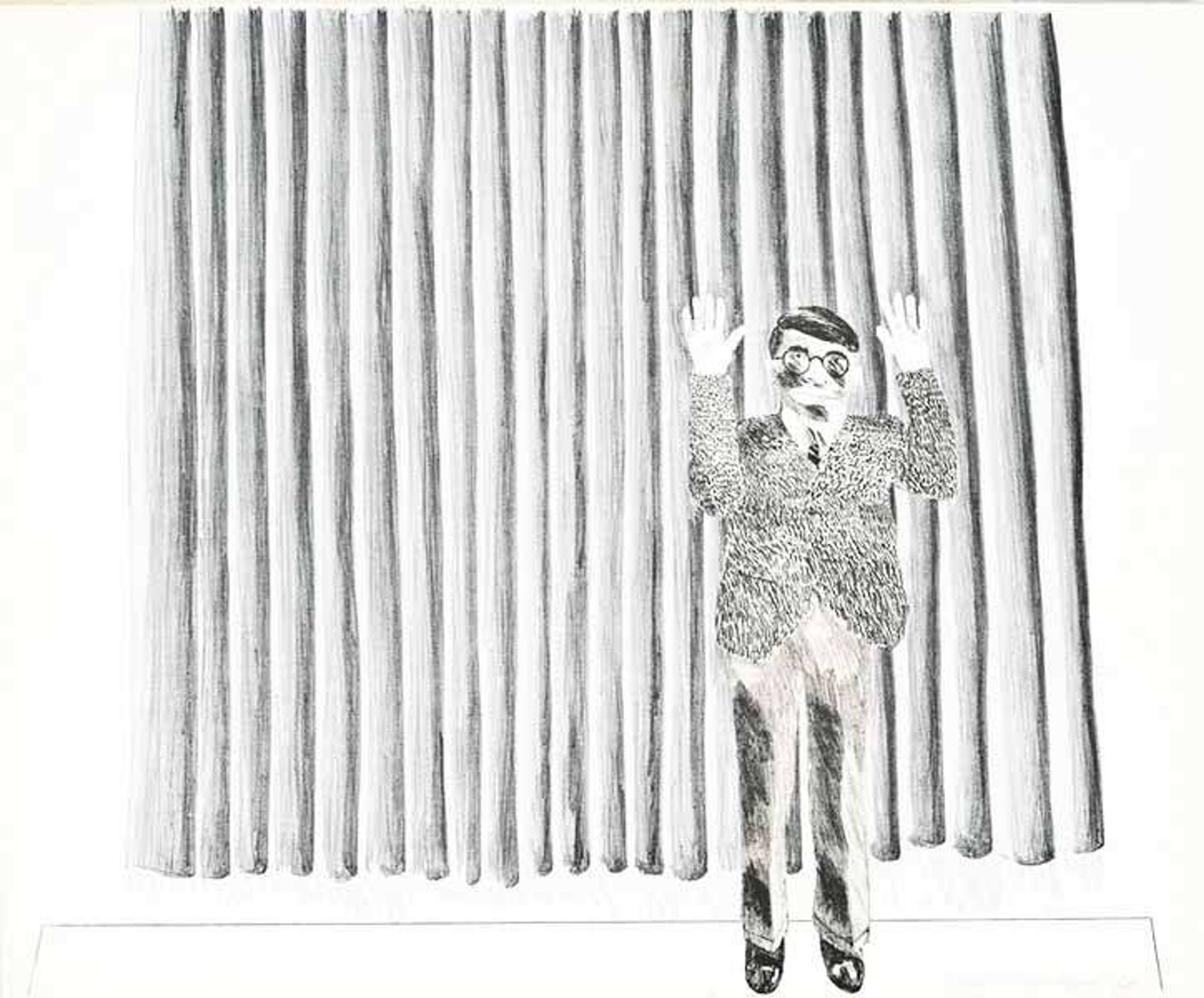 Figure By A Curtain
Signed Print

Figure By A Curtain is a signed lithograph print in colour that takes its inspiration from Domenchino’s painting, Apollo Killing Cyclops (1616-18). Like that image, in which a small figure is shown standing before a vivid tapestry depicting a mythological scene, here a bespectacled, suit-clad character engages the viewer directly, his hands up as if gesturing towards them. Stood just outside of a rhetorical frame limned by the drop curtain — a recurring motif in Hockney’s work of the ‘60s and ‘70s — the figure depicted in this print is John Kasmin, Hockney’s art dealer, whom Hockney wanted to ‘trap’ in the ‘small space between art and life’. Like much of Hockney’s later theatre-based work, such asA Souvenir Of A Triple Bill For Andrea Velis (1982) and An Exhibit of Costumes(1981), this print’s use of mise-en-abyme is inspired by the illusionist trompe l’œil effect; an artistic device that questions modes of spectatorship, often in a way which is parodical and deeply self-aware, here it is used to create what Hockney calls a ‘double level of reality’. No less whimsical than the other parts of the seriesHockney And The Stage, Kasmin’s nose and hands are sculpted so as to appear stuck to the glass of the glazed picture.