Heroin, It’s What Your Right Arm’s For 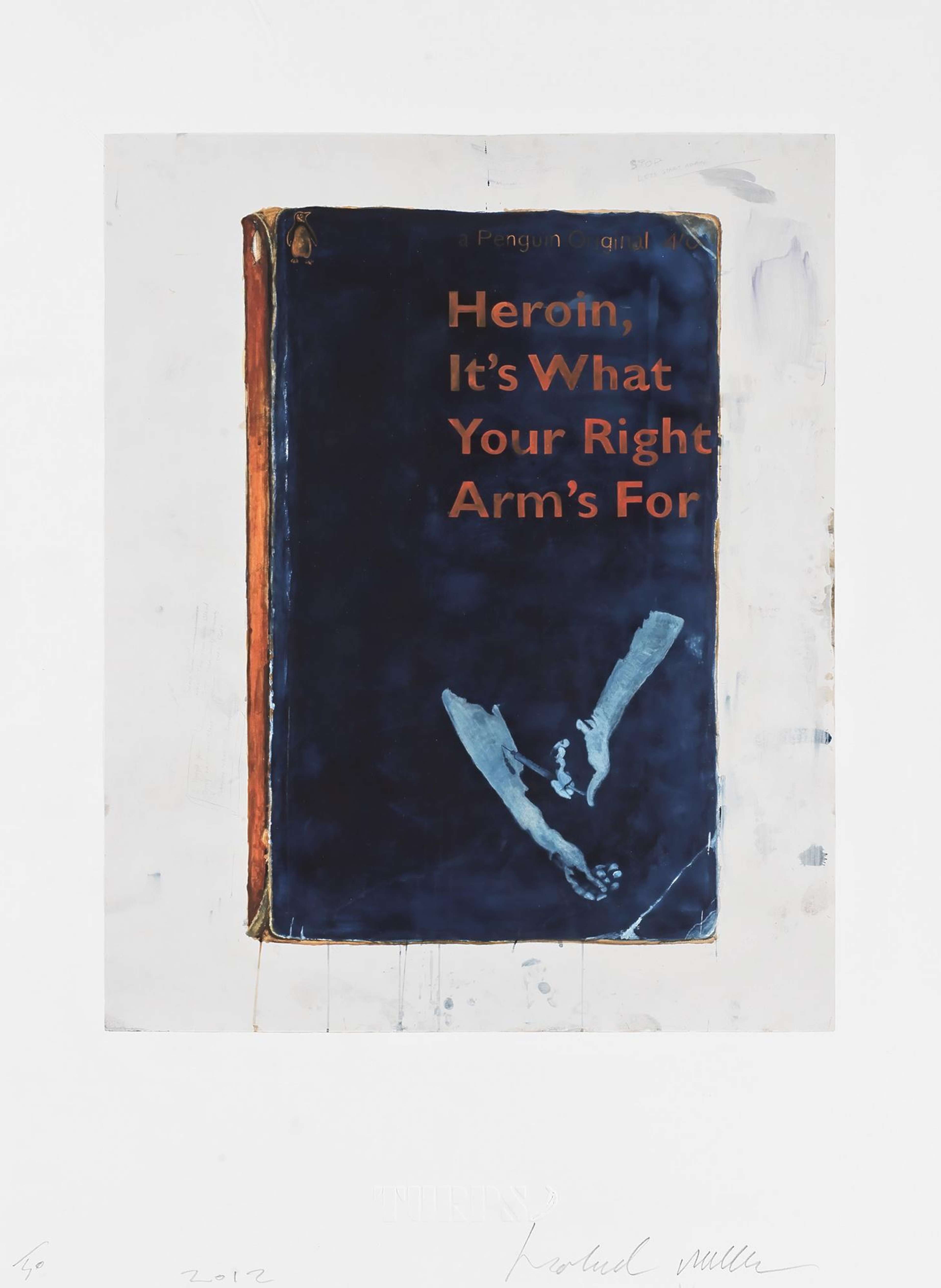 Heroin, It’s What Your Right Arm’s For
Signed Print

Heroin, It's What Your Right Arm's For from 2012 is one of Harland Miller’s sinister, heavier prints from his Penguin series, appropriating the dust jacket designs of popular Penguin books to quasi hijack their familiar format with his sardonic, provocative invented titles that often express some kind of social critique. Through methods of “colour coding” these titles by consciously choosing certain background colours for individual works, Miller explores the disconnect between representation and reality and manipulating the meaning of language. He cites the famous Abstract Colourist Mark Rothko as one of his primary influences in his treatment of colour, likening the Penguin classics works to his Colour Field paintings. Other artists who’ve influenced Miller include Anselm Kiefer, Ed Ruscha and Robert Rauschenberg. Heroin, It’s What Your Right Arm’s For is shown against dark, almost blackish blue with blood red writing, which gives the work a dark and eerie finish, along with the literal illustration of the two pale arms shooting heroin. The Penguin series is interested in the depths of the human psyche and addressing controversial social issues through Miller’s grotesque, controversial humour, which subverts the somewhat nostalgic and “safe” format of the well-known Penguin books.