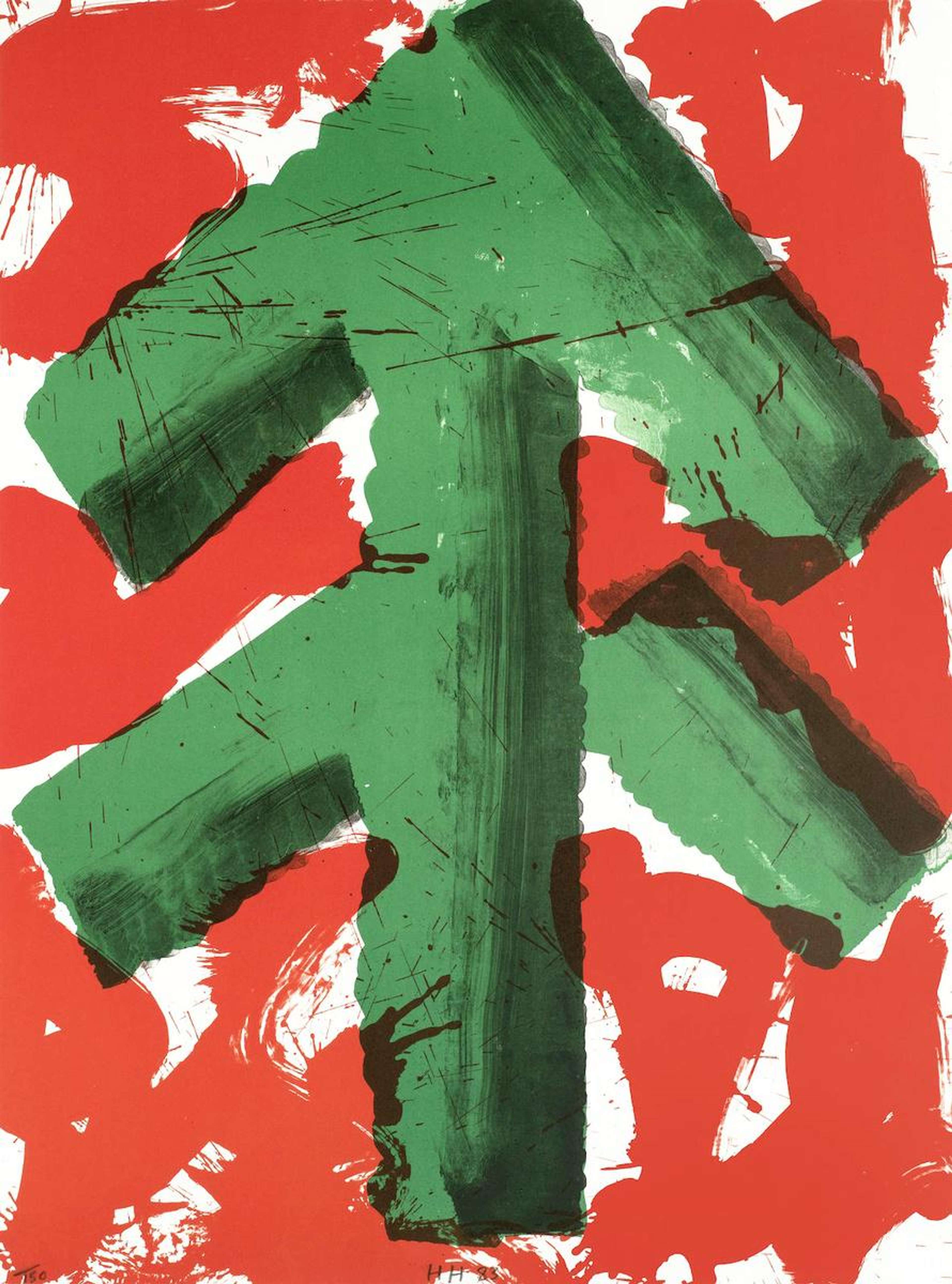 This signed lithograph from 1093 is a limited edition of 150 from Howard Hodgkin’s Olympics series. The vertical print is dominated by bright reds and greens on a white background. The work shows what appears to be a tree, rendered in the form of a very stylised and abstract arrow, overlaid onto the red painterly marks.

Sarajevo, also known as Winter Sports and Welcome, constitutes one of Hodgkin’s most surprising and rare works, where the artist resorts to quasi-representational forms. The work is the first of Hodgkin’s Olympics series, dedicated to each print that he made to honour the sports competition. Hodgkin got commissioned the work in 1983 in preparation for the 1984 XIV Olympic Winter Games held in Sarajevo, and participated in the cultural initiative “Art and Sports.” The “Art and Sports” programme was established in conjunction with the Olympics and the founding of the Olympics Museum in Sarajevo and saw the participation of artists of the calibre of Andy Warhol, Michelangelo Pistoletto and Henry Moore, who, like Hodgkin, contributed with their works to the creation of a world-class artistic portfolio to be displayed in the Museum to represent the values and spirit of the Olympics. Hodgkin’s love for agonistic sports is thus best emblematised in works like Sarajevo, which shed light on different facets of Hodgkin’s eclectic artistic practice.