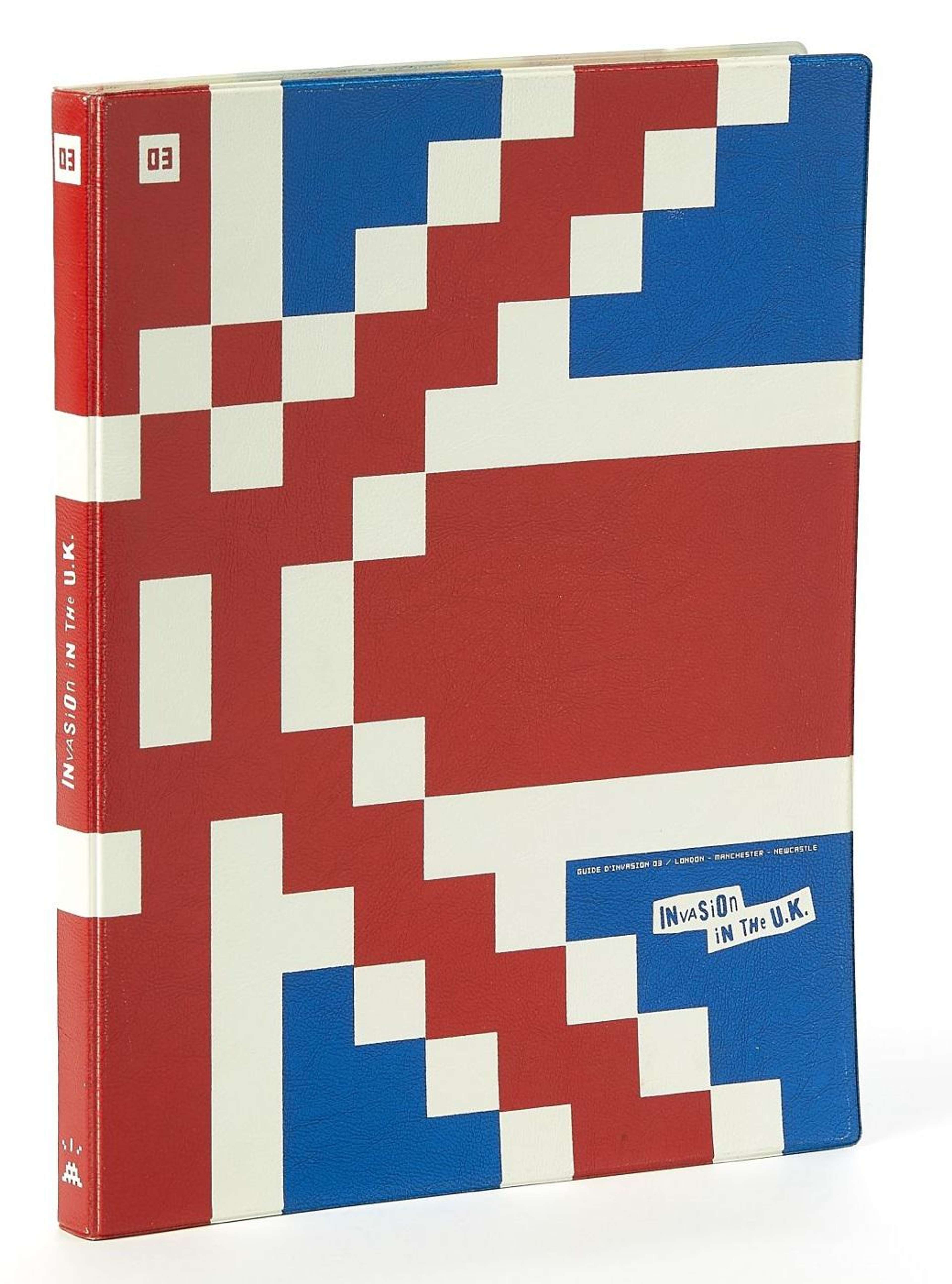 Invasion Guide 03, London, Manchester, Newcastle is a mixed media artwork produced by the iconic contemporary street artist Invader in 2007. The artwork, which comes in an edition size of 2000, is a book with a cover designed by Invader. The artist renders the Union Jack flag using pixelated squares, a style which resonates with the 8-bit visual register of arcade games. While Invader adapts the style of the flag, the artist preserves the original red, white and blue colouring. In small letters on the bottom right of the cover, Invader writes the book’s title in a quirky font ‘Invasion In The UK’.

The book was published to be read alongside Invaders impressive installation project, the Space Invaders project, which the artist has been working on since 1998. The project, which was inspired by the popular arcade game, Space Invaders, involves Invader travelling to various cities all over the world and adorning the city streets with aliens rendered using small, ceramic, square tiles. Invasion Guide 03, London, Manchester, Newcastle provides detailed information regarding the location of the various mosaics Invader installed during his trip to the UK.

As well as publishing books, Invader has created an online database which acts as an archive to track the invasion waves he has carried out all over the world.