Hello My Game Is (blue) 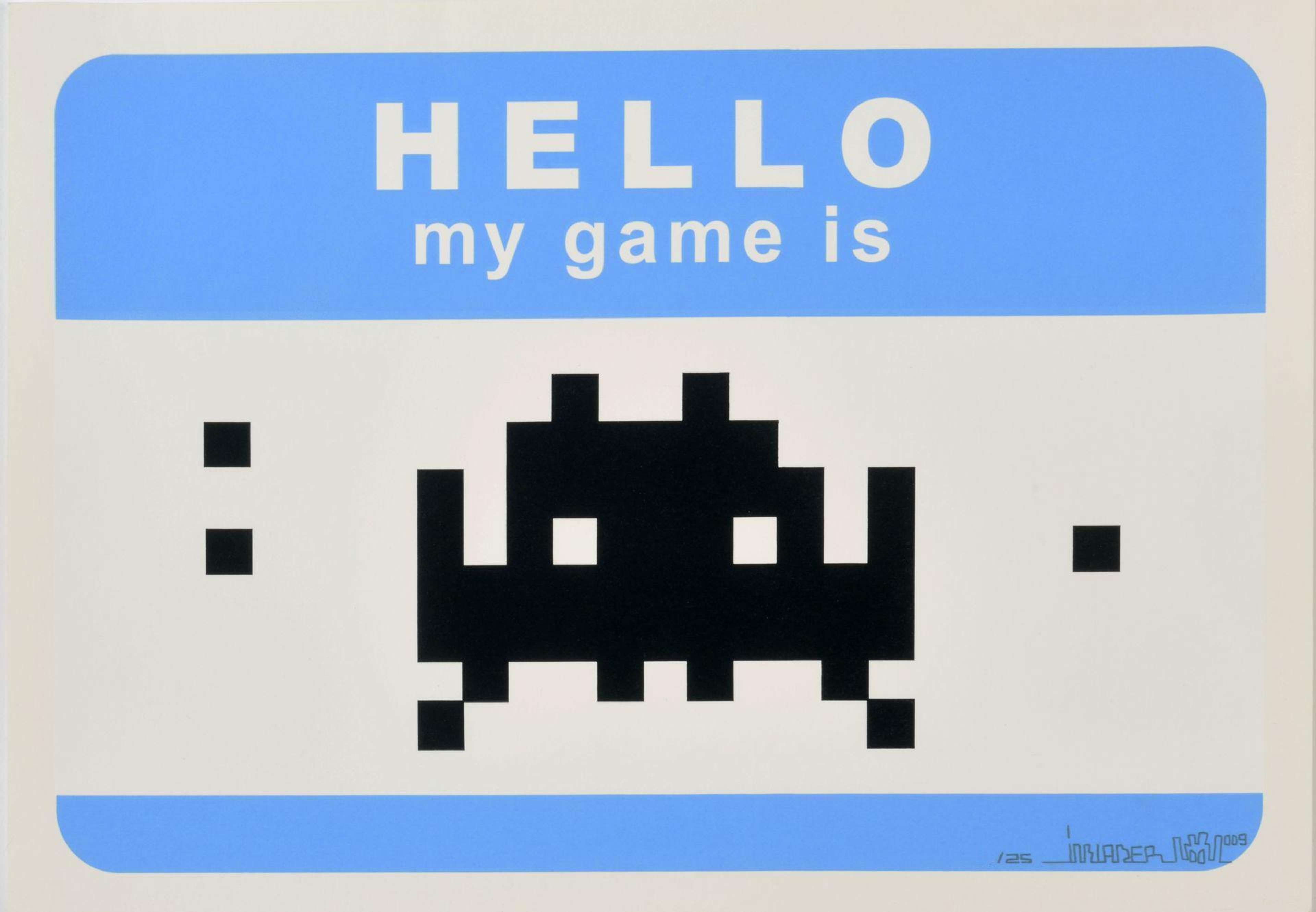 Hello My Game Is (blue) is a signed screen print produced by the renowned French street artist Invader in 2009. Coming in an edition size of 25 the print shows an alien character made out of black pixels. Invader appropriates the name label format ‘Hello, my name is’ and changes it to ‘Hello, my game is’. The print also comes in a red variation.

The alien depicted in this print is a character from the popular arcade game Space Invaders which was created by the Japanese gaming company Taito in 1978. Invader’s artistic style is deeply influenced by gaming and while the artist is best known for his depictions of characters from Space Invaders, the artist has also produced artworks inspired by other games such as Pac-Man.