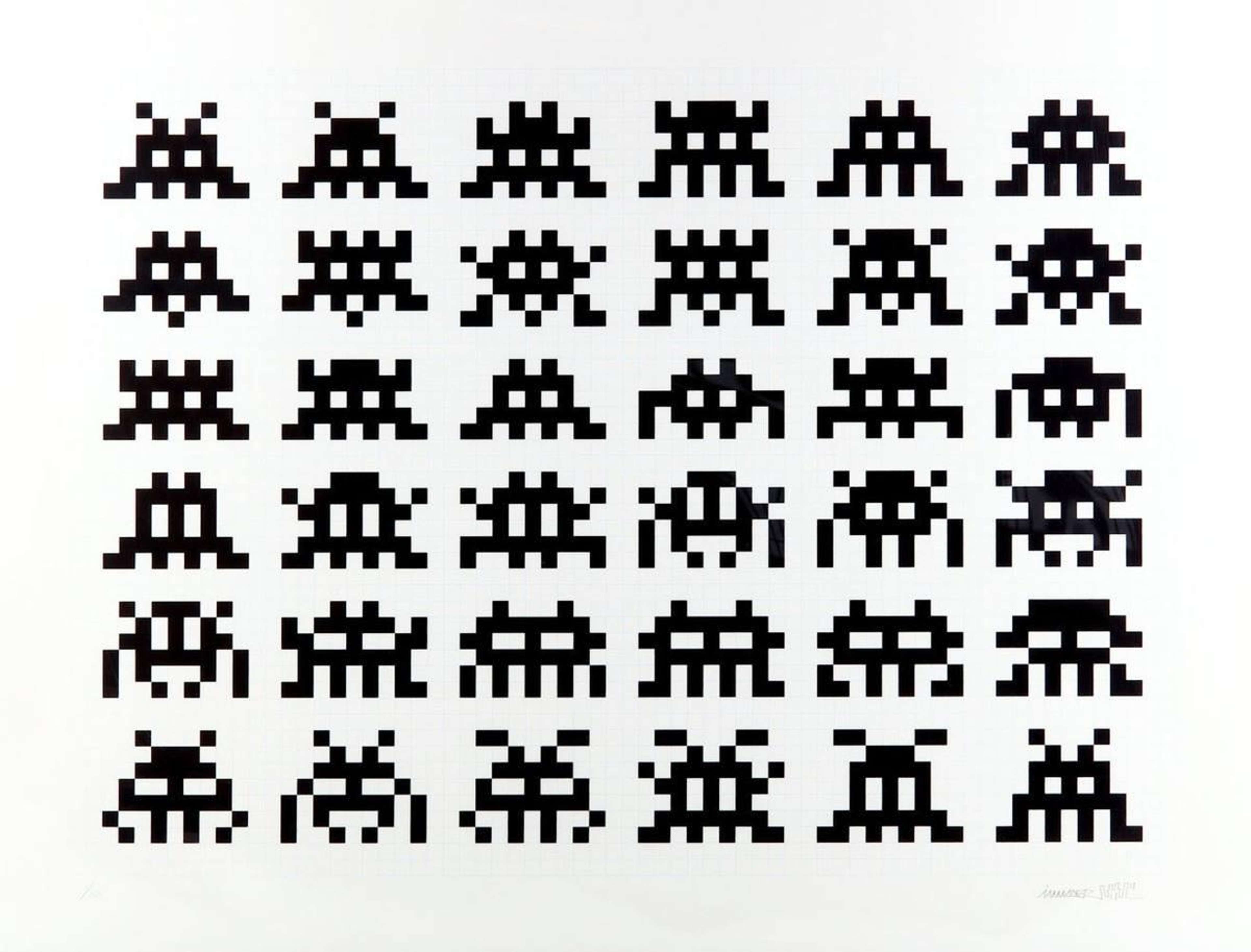 This signed screen print from 2017 is a limited edition of 150 from Invader’s Hello My Game Is collection of works. The print shows six horizontal rows of the famous Space Invader characters, each row containing another six characters for a total of thirty-six black Space Invaders on a white squared background that is reminiscent of children’s notebooks.

The print was produced in 2017 in conjunction with Invader’s exhibition Hello My Game Is at the Musée en Herbe in Paris, where it was hung with other drawings on paper made by the artist in previous years – see Sea Of Slime or Explosion.

If, at first, it may seem like the drawings repeated are identical to one another, a closer inspection of the print reveals the singularity and specificity of each character, which seemingly emulates the preceding one but also always adds some new element to the formal composition.

Art critic and Invader collector Jean Marc Avrilla considers the print to be amongst the most exemplary of Invader’s engagement with the Taito Japanese video game, and states that the print should be understood as a manifesto of Invader’s work process, whereby small modifications of a basic character create a multiplicity of images that the artist decontextualises and disseminates across different cities, ‘pointing to the quantity and multiplicity of his idea.’