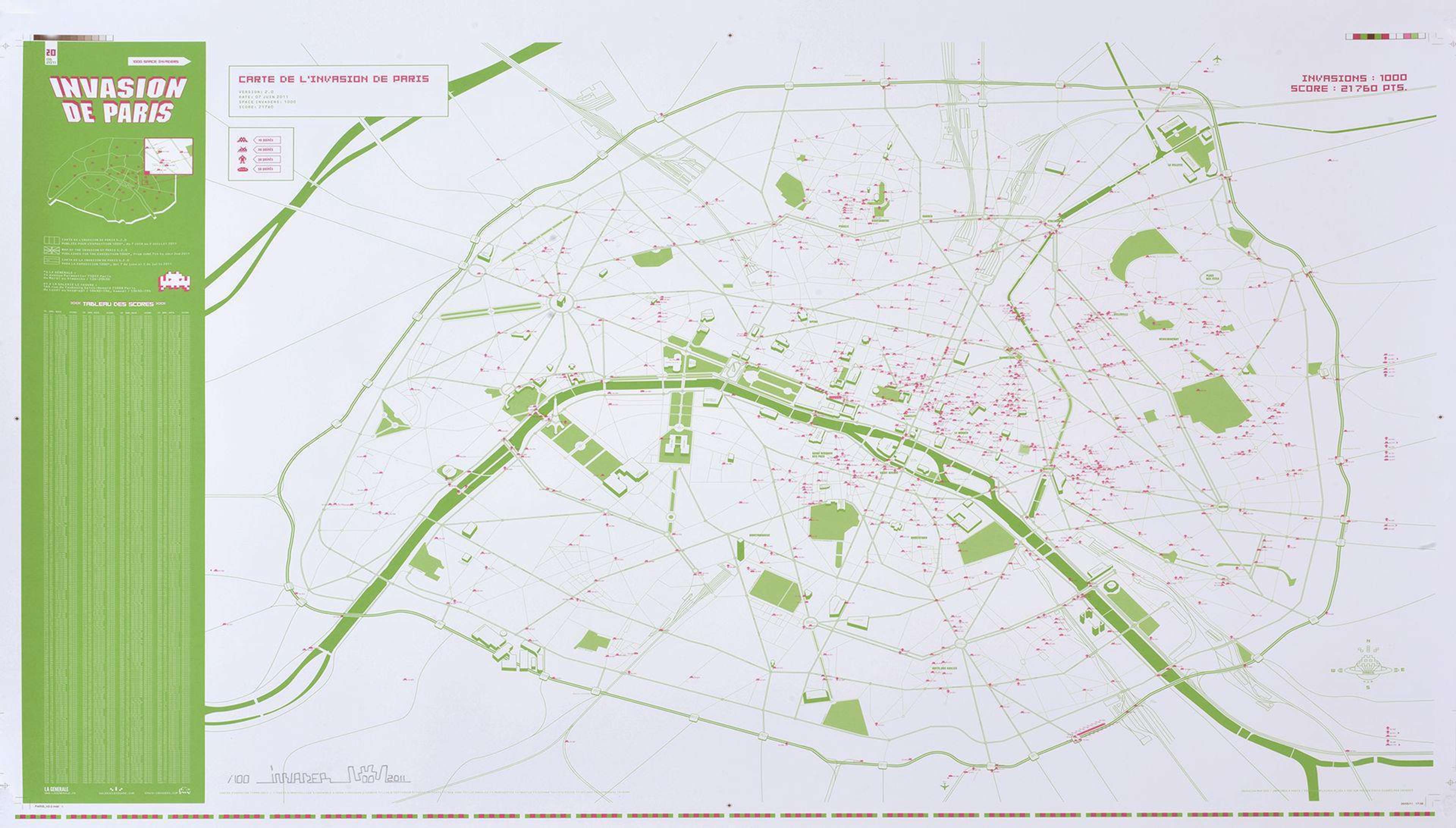 Invasion De Paris is a signed lithograph made by the internationally acclaimed French street artist Invader in 2011. The print was published for the exhibition 1000 at the Galerie Franck Le Feuvre in Paris, and is part of Invader's Maps collection. The print comes in an edition size of 100 and shows a map of Paris. Against a white backdrop, Invader renders the map in a bright green colour. The shape of the French capital is instantly recognisable and in white and red capital letters Invader writes ‘Invasion de Paris’ on the top left corner of the map.

The print was used by Invader to draw attention to his impressive installation project, Space Invaders. The project, which Invader started in 1998, involves the artist travelling to cities all over the world and installing mosaic aliens onto the street walls of the city. Describing himself as an 'Unidentified Free Artist,’ the installations are always created during the night as Invader strives to preserve his anonymity.

Invader aims to display around 20 to 50 mosaics in every city he ‘invades.’ The artist has developed a points system in which points are allocated to each artwork depending on their placement and success. After each invasion, Invader scores and ranks the city. Looking closely at Invasion De Paris reveals the score of this invasion: 21760 points.