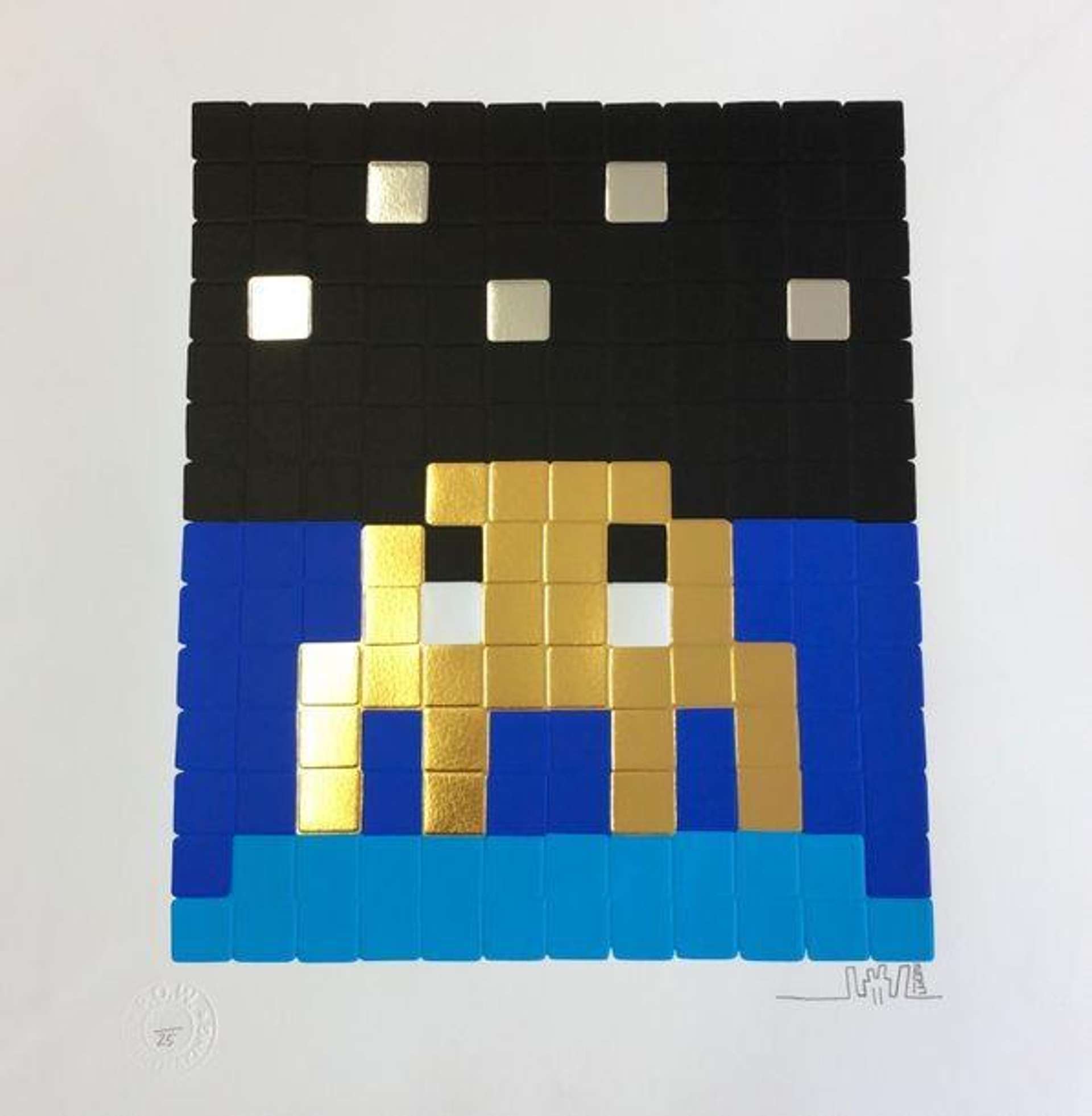 Space One (gold) is a signed screen print produced by French street artist Invader in 2019. The print, which comes in an edition size of 25, shows a character from the popular arcade game, Space Invader. The character is rendered in shimmering gold mosaic tiles against a blue and black backdrop which imbues the print with a celestial feel. The use of tiles resonates with the 8-bit register that is used in computer architecture.

This print is part of Invader’s Space collection, a body of works which show Invader’s engagement with outer space. Invader’s love for space shines through his artworks. Over the past twenty years, Invader has embarked on a public art project, Space Invaders, in which he carried out his own space invasion by adorning the streets of urban cities all over the world with his iconic space invader characters. Invader’s ultimate goal is to send his artworks into outer space. The artist excitedly explains: ‘having spent the last fifteen years spreading space invaders around the four corners of the world, I dream of sending- or I should say returning – one to space’.

Invader was an active participant in the street art scene in Paris. The artist stood out from his contemporaries due to his innovative style and choice to eschew spray paint cans and graffiti in favour of tile and grout. 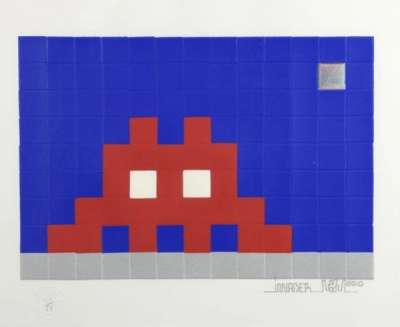 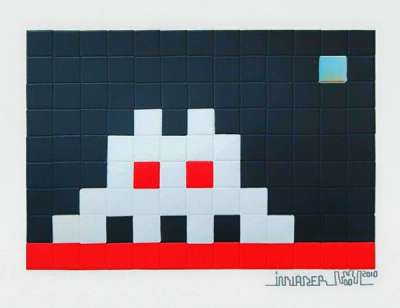 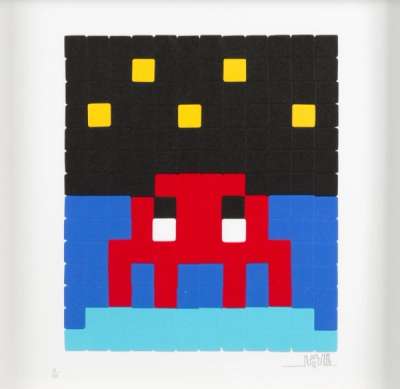 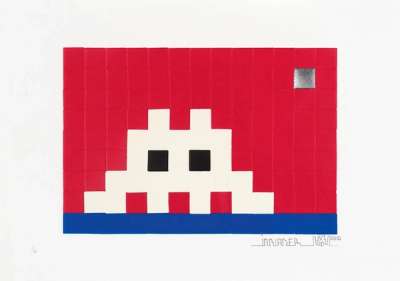 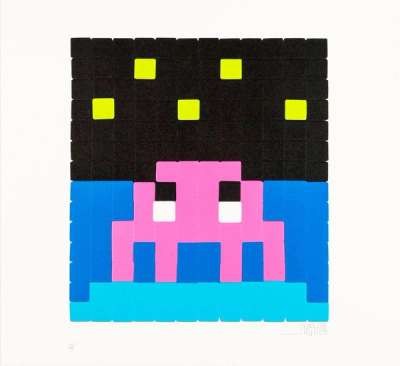 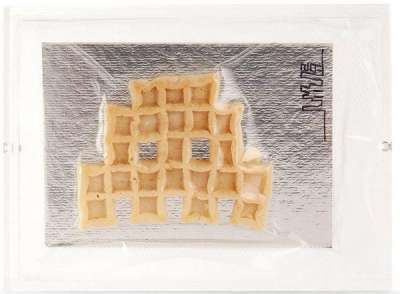