This Is Shahnoza In 3 Parts 2 This Is Shahnoza In 3 Parts 2
Signed Mixed Media

Opie depicts the human form in a highly stylised manner showing the model’s head as a blank circle, without a neck and her feet cut off, showing only straps for shoes. Despite the figure’s abstracted form, her pose is decidedly realistic, no doubt due to Opie’s use of photography in the initial stages of creating the print. Opie’s images of people engage with longstanding ideas that have characterised art history by questioning what intrinsic elements are needed to convey a narrative or person’s character.

In presenting the viewer with minimal elements to render the human form that at the same time works to produce an explicitly sexualised image, Opie challenges the viewer to think about why they find this image so alluring.In partitioning the image into three parts, the viewer compartmentalises the figure’s body and Opie makes a point of emphasising the central panel as the most overtly sexualised. 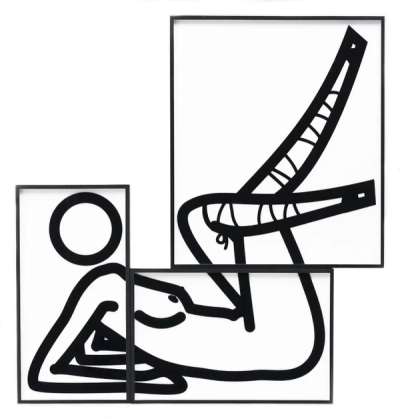 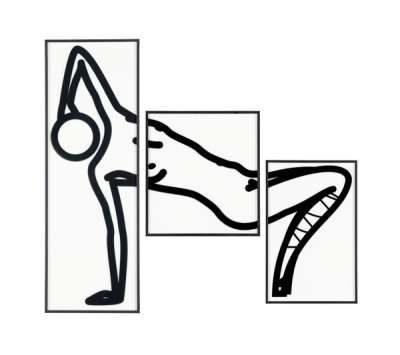