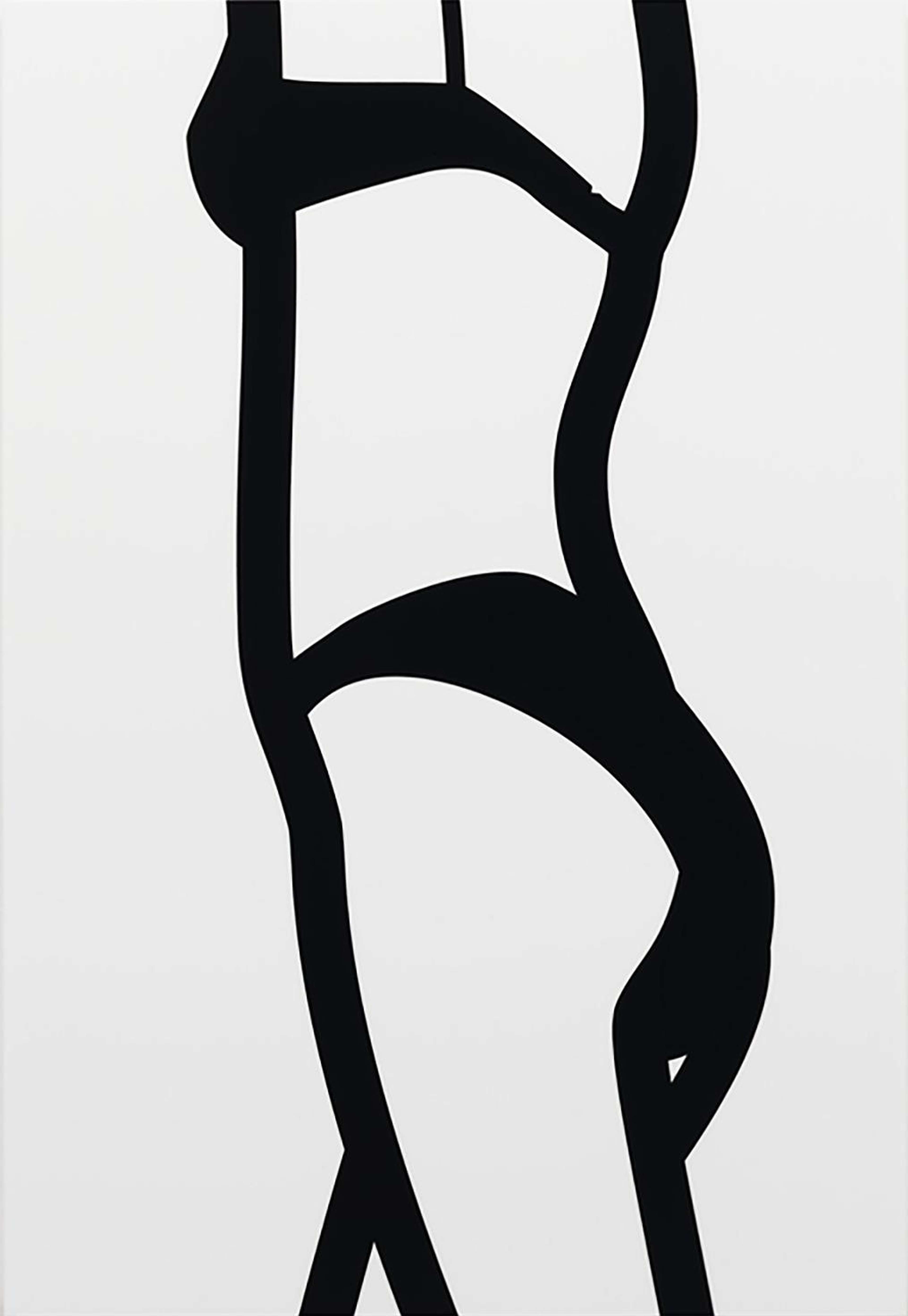 Rendered in the artist’s graphic style, Watching Suzanne (Back) 1 is a print by Julian Opie that features an image of a woman’s torso and thighs as seen from the back, wearing only her underwear. The image is depicted exclusively in black and white and very thick lines.

Since the mid-1990s, Opie has explored the principles of modular variation across artistic media and art historical genres. The artist’s Watching Suzanne series is indicative of this investigation, with prints consisting of similar titles, each with the same vertical, cropped composition, and the pose of the figure slightly different in each print. Opie emphasises art as a commodity in his replication of post-industrial modes of production and exposes the dehumanising effects of computer technology.

Watching Suzanne (Back) 1 shows the model in a dynamic pose, as though turning her body towards the viewer. As with much of Opie’s work, this print exudes a sense of movement and motion through the static image, capturing the idea of time itself. The intense cropping of the image also alludes to this notion of a snapshot in time, as opposed to providing the viewer with the entire storyline.