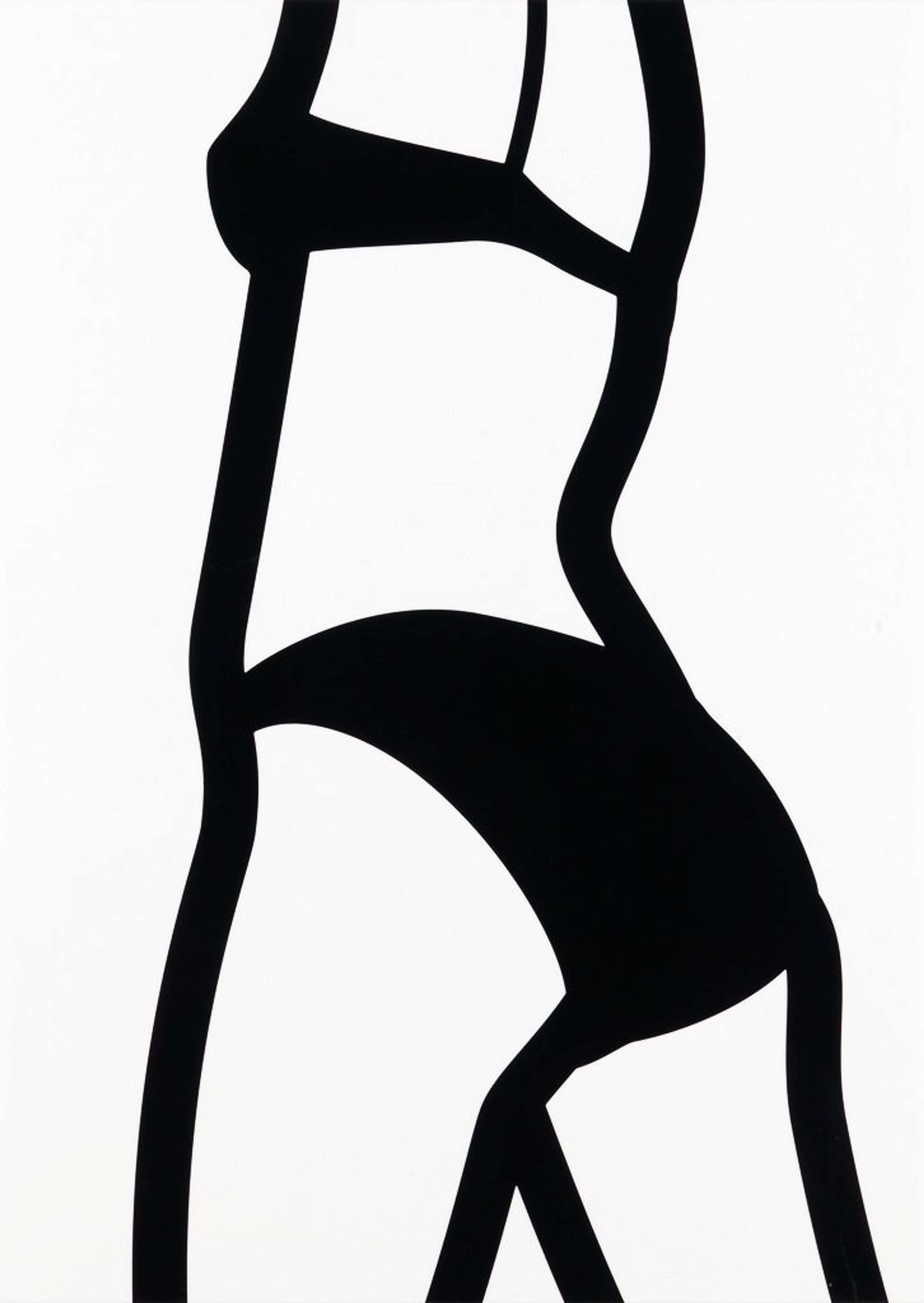 Rendered in the artist’s graphic style, Watching Suzanne (back) is a print by Julian Opie that features an image of a woman’s torso and thighs as seen from the back, wearing only her underwear. The image is depicted exclusively in black and white and very thick lines.

In cropping out the figure’s arms and lower half of her legs, Opie creates a highly abstracted image of the human form. Despite the flattened picture plane and use of thick, graphic lines, the image exudes a sense of realism in the way it captures the human body and thus provokes a bodily response from the viewer. Opie’s effectiveness in depicting the human form mixed with his strong sense of line, and bold use of simplified shapes is indicative of the way he strikes a balance between graphic design and high art.

Watching Suzanne (back) shows the model in a dynamic pose, as though turning her body away from the viewer. As with much of Opie’s work, this print exudes a sense of movement and motion through the static image, capturing the idea of time itself. The intense cropping of the image also alludes to this notion of a snapshot in time, as opposed to providing the viewer with the entire storyline.