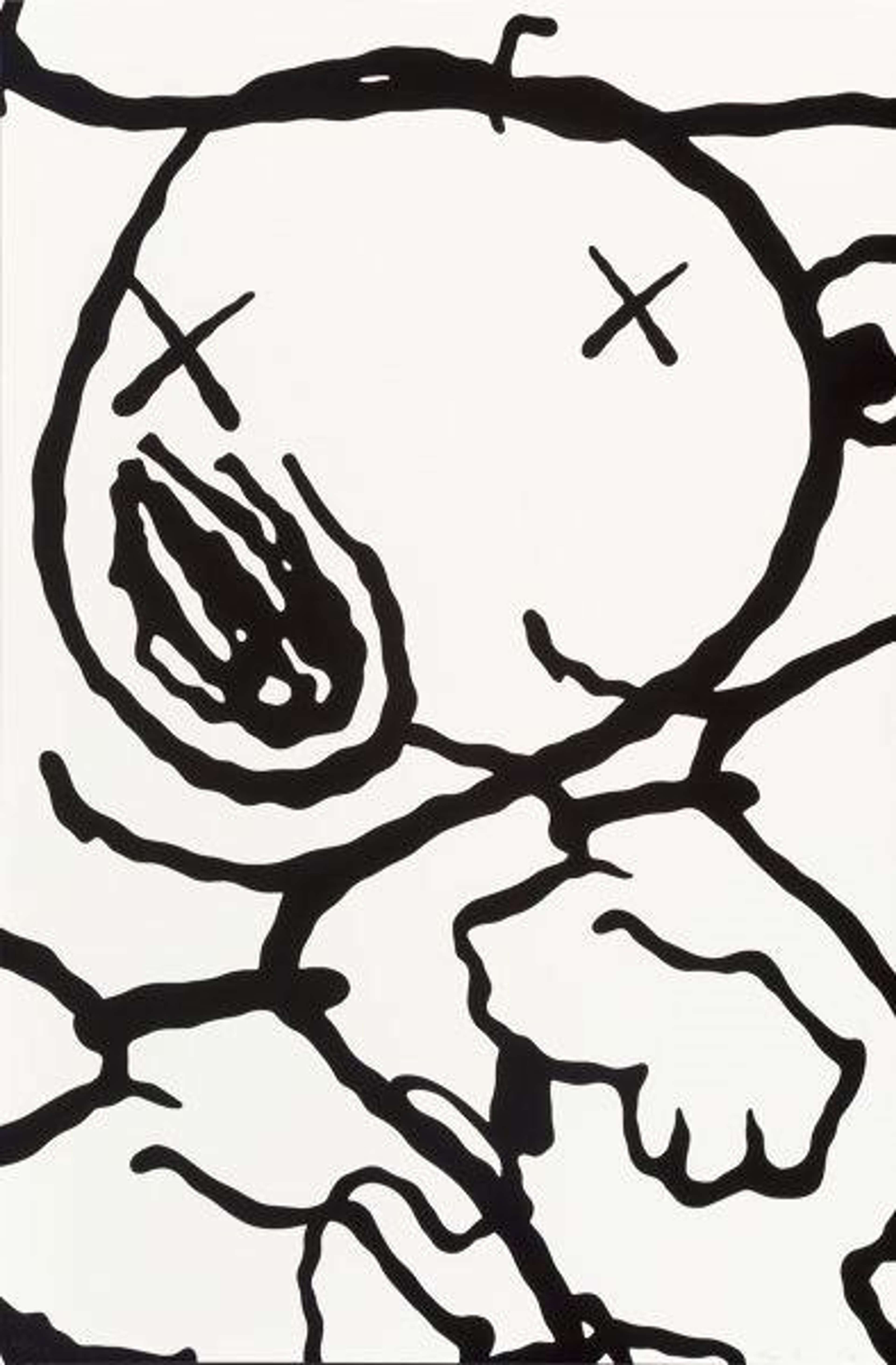 Man’s Best Friend 10 is a signed screen print on Saunders Waterford High White paper made by the critically acclaimed American artist and designer, KAWS in 2016. The print comes in an edition size of 100 and depicts the beloved cartoon character, Snoopy, from the Peanuts comic strip by Charles M. Schulz. Snoopy is conventionally known for his clean and simple aesthetic, a children’s icon and universally recognised figure. However, in this print, KAWS renders Snoopy using thick, black sprawling lines against a white backdrop, bringing a sketch-like and disorderly quality to the drawing.

The print is part of the Man’s Best Friend collection, a body of 10 screen prints, each of which depict, in some form or another, Snoopy the dog. The collection pays homage to the popular cartoon character and reflects KAWS’ love for and fascination with cartoons. The artist has spoken about how he ‘found it weird how infused a cartoon could become in people's lives; the impact it could have, compared to regular politics’ and frequently incorporates cartoon figures into his works, as a means of further exploring the impact these animated figures have in modern society.

Snoopy the dog is not the first cartoon character that KAWS has appropriated in his art. The artist has also adapted well-known figures such as The Simpsons, SpongeBob Square Pants, the Smurfs and characters from Sesame Street, always in his distinct graphic style.