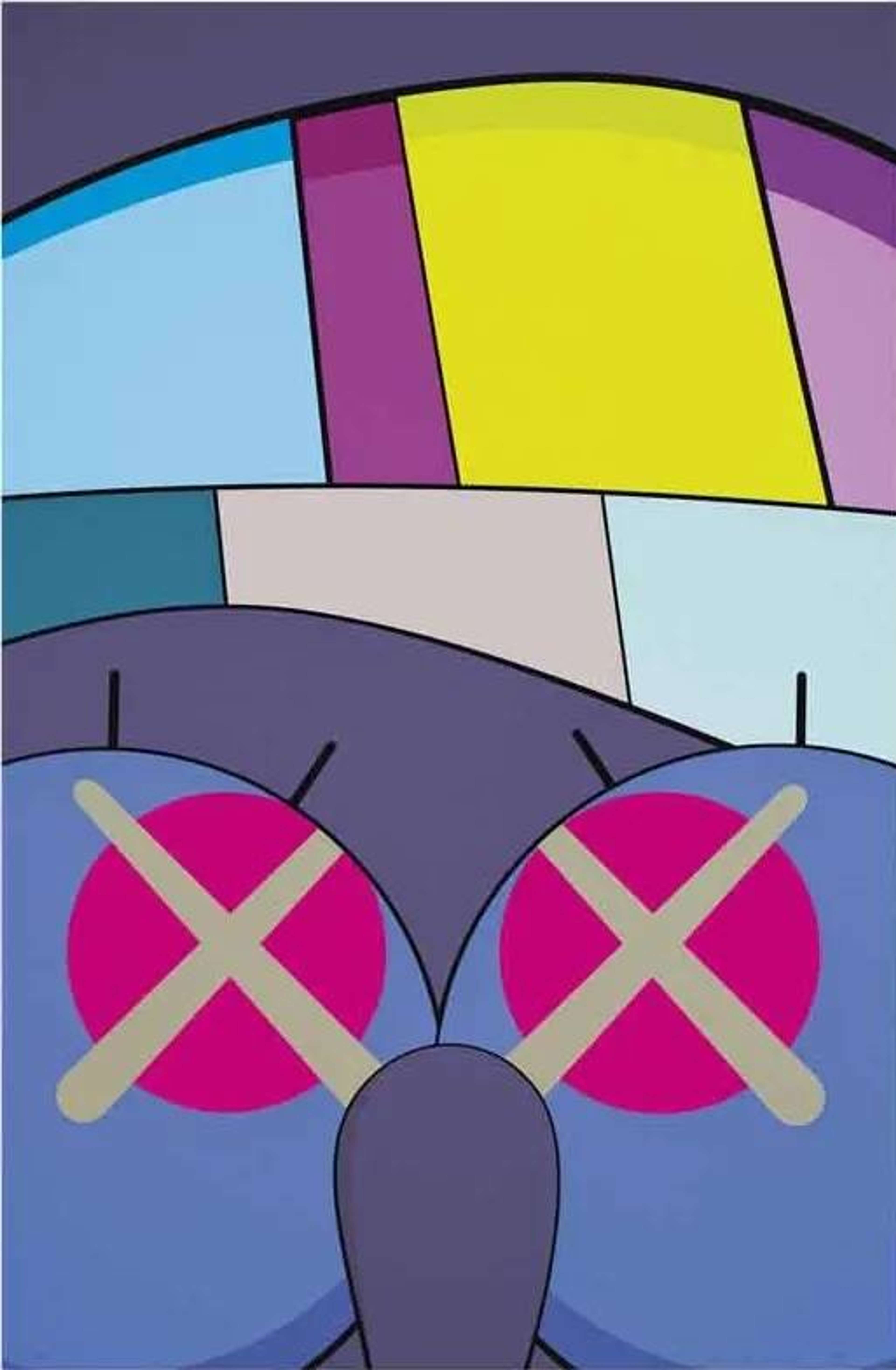 This signed screen print in colours on Saunders Waterford High White paper was made by the acclaimed American artist and designer, KAWS. The print shows a close-up section of a cartoon character’s face. Two wide eyes are rendered in lilac with large pink pupils. KAWS adds long eyelashes to the eyes, imbuing them with a sense of femininity.

Ups And Downs 7 is a signed screen print in colours on Saunders Waterford High White paper made by the acclaimed American artist and designer, KAWS. The print shows a close-up section of a cartoon character’s face. Two wide eyes are rendered in lilac with large pink pupils. KAWS adds long eyelashes to the eyes, imbuing them with a sense of femininity. Across the pink pupils, KAWS adds two grey crosses, a signature feature of the artist’s visual language. In between the eyes is a delicate round nose, also in purple. The rest of the shapes in the composition are hard to identify, with KAWS privileging large geometric shapes rendered in bright colours, as opposed to easily identifiable facial features.

The print is one of ten silkscreen prints that compose KAWS’ Ups And Downs collection, made in 2013 to mark the opening of his exhibition of the same name at the Nerman Museum of Contemporary Art in Kansas. This print is less abstract than others in the collection. The majority of the cartoon character’s face is visible, contrasting with Ups And Downs 6 in which it is impossible to discern any of the features in the composition.

The collection was made at a turning point in KAWS’ career when he was no longer considered a street artist, but a renowned international artist. KAWS’ work was reaching six figures on the global art market and he had put on an impressive number of solo exhibitions.