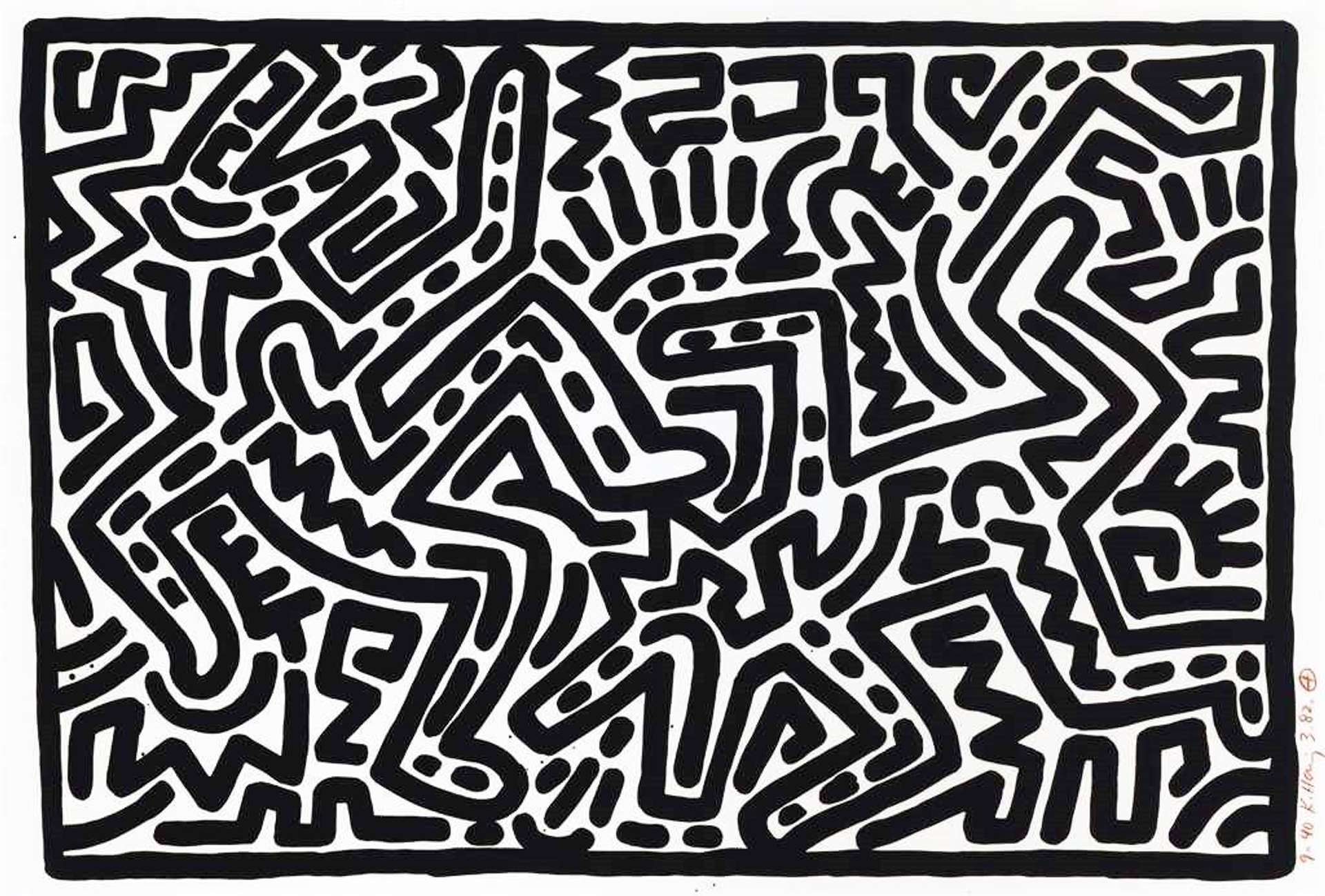 This signed lithograph from 1982 is a limited edition of 40 by Keith Haring. Untitled shows an image of two standing, barking motifs made iconic by the artist, intertwined with an all-over pattern of energetic lines.

Like much of Haring’s work, this print is reminiscent of Aztec or Aboriginal art, with an emphasis on line, pattern and energy. Notably, Untitled features Haring’s iconic motif of the barking dog used to represent abuses of power by government and oppressive regimes that demand obedience.

This print has a compulsive quality that fills out across the canvas that contrasts to Haring’s typical use of simplified form and block colour. Haring’s use of bold, rounded lines across the entire image creates a jarring effect against the outlines of the standing dogs, injecting the static image with a sense of movement.

Explaining why many of his works resembled Aztec or Aboriginal art, Haring has said “My drawings don’t try to imitate life; they try to create life, to invent life,” something that he believed to be a so-called primitive idea. Untitled is exemplary of this notion by creating a rhythmic, all-over composition that focuses on pattern rather than realism, Haring produces a kinetic image that excites the viewer and transcends reality.