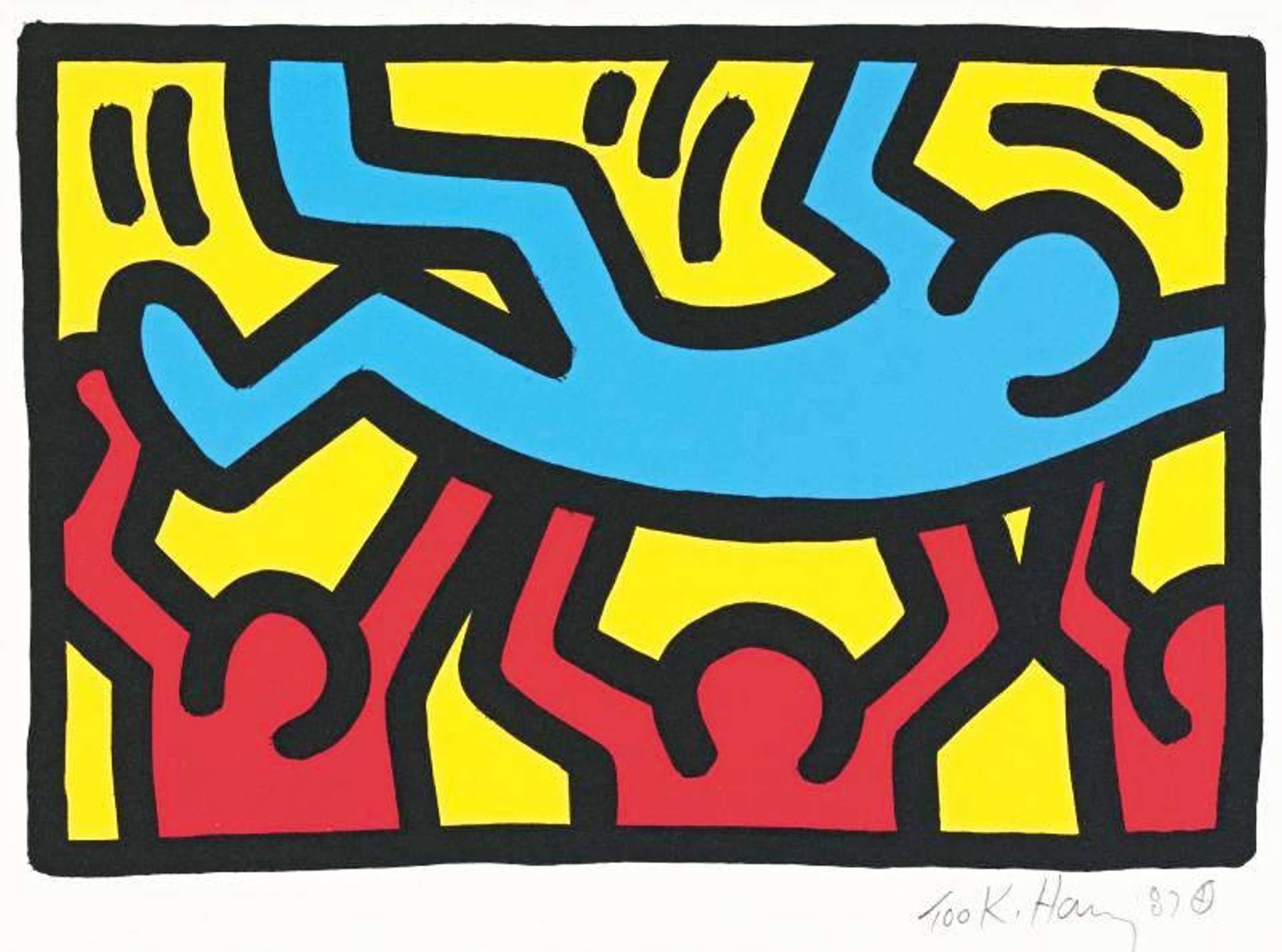 This signed lithograph from 1987 is a limited edition of 100 by Keith Haring. Untitled shows four brightly coloured genderless figures with their arms in the air as though dancing. Three figures, coloured in red, lift a blue figure and rounded energy lines emanate from their moving limbs. The figures are contoured with bold, black lines and are set against a bright yellow backdrop.

This vibrant image is bursting with kinetic energy and joy as Haring depicts each body in mid-movement. Showing the act of three figures lifting another is representative of the celebratory message Haring is attempting to portray. Compounded with his use of flattened and bright, primary colours, this print is appealing to children and adults alike in its positive visual language.

In many of Haring’s works, the artist depicted dancing and moving figures to evoke fun, joy and energy as a reflection of his life in New York City and love of Studio 54. Untitled 1987 shows action lines emanating from the figure to emphasise this sense of movement and dance, something that Haring became very interested in as a means to communicate elation and togetherness.