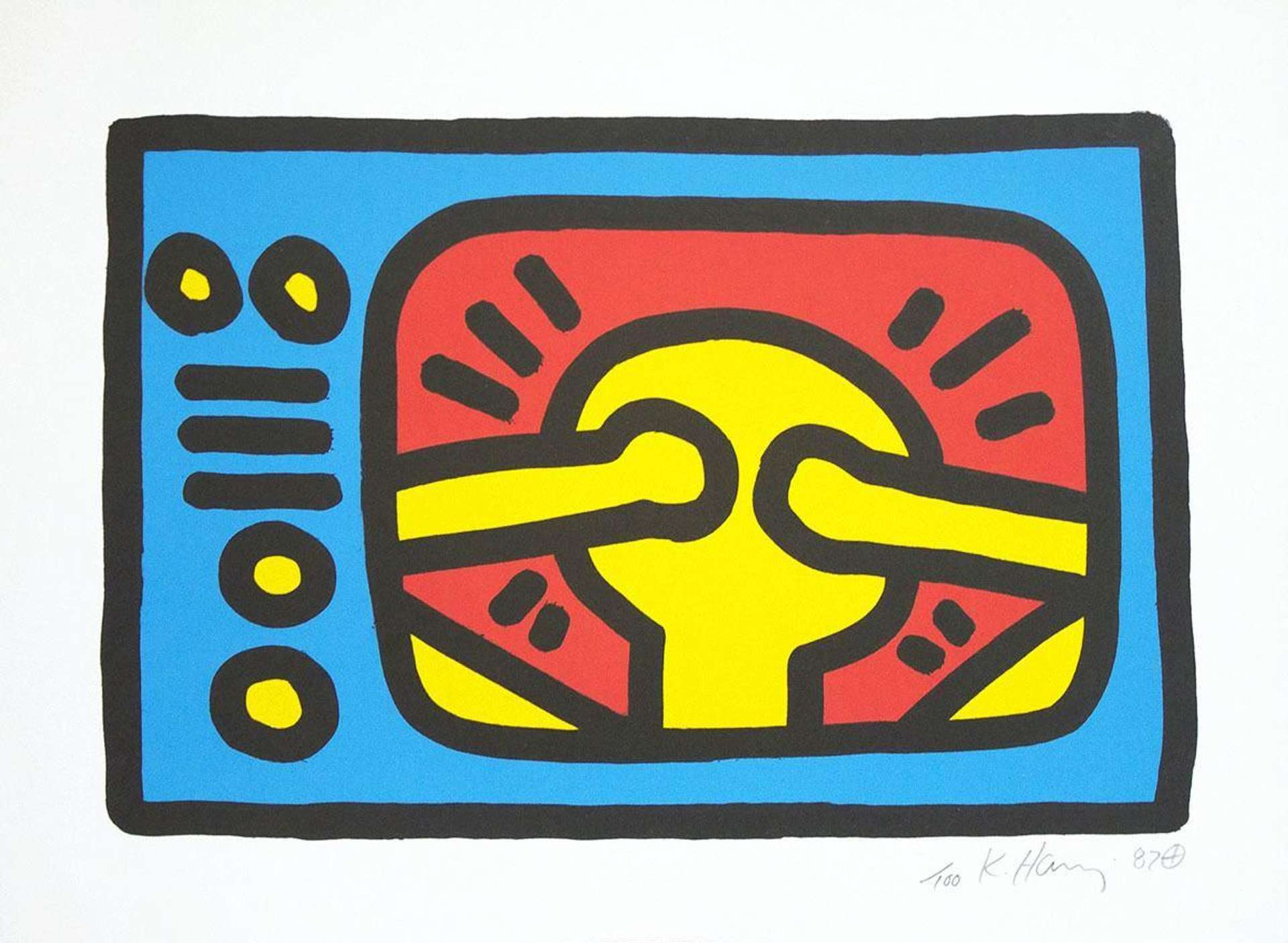 This signed silkscreen from 1987 is a limited edition of 100 by Keith Haring. Untitled 1987 features a brightly coloured television screen that shows an image of a genderless figure with its hands covering its eyes. The print is rendered with thick, bold lines and bright block colours of red, blue and yellow.

Throughout his career Haring used a pictographic style inspired by Egyptian hieroglyphics and bright colours to communicate clear-cut moralistic messages. One such pictorial sign was the television screen. Living through a time of technological acceleration, Haring saw the “machine aesthetic” as a threat to humanity and used the television as a powerful symbol for totalitarian-style manipulation. Haring uses the image of the television screen in this work to symbolise the uncontrollable nature of mass culture and the horrors of death, illness and war witnessed through mainstream news outlets.

The use of many simplified figures and forms throughout his oeuvre, reflects Haring’s interest in how signs are used in many different cultures to concisely communicate multifaceted ideas. Untitled 1987 is indicative of this in its use of bright colours and clearly communicates complex ideas on passive media consumption by television in depicting the central figure with its eyes covered.