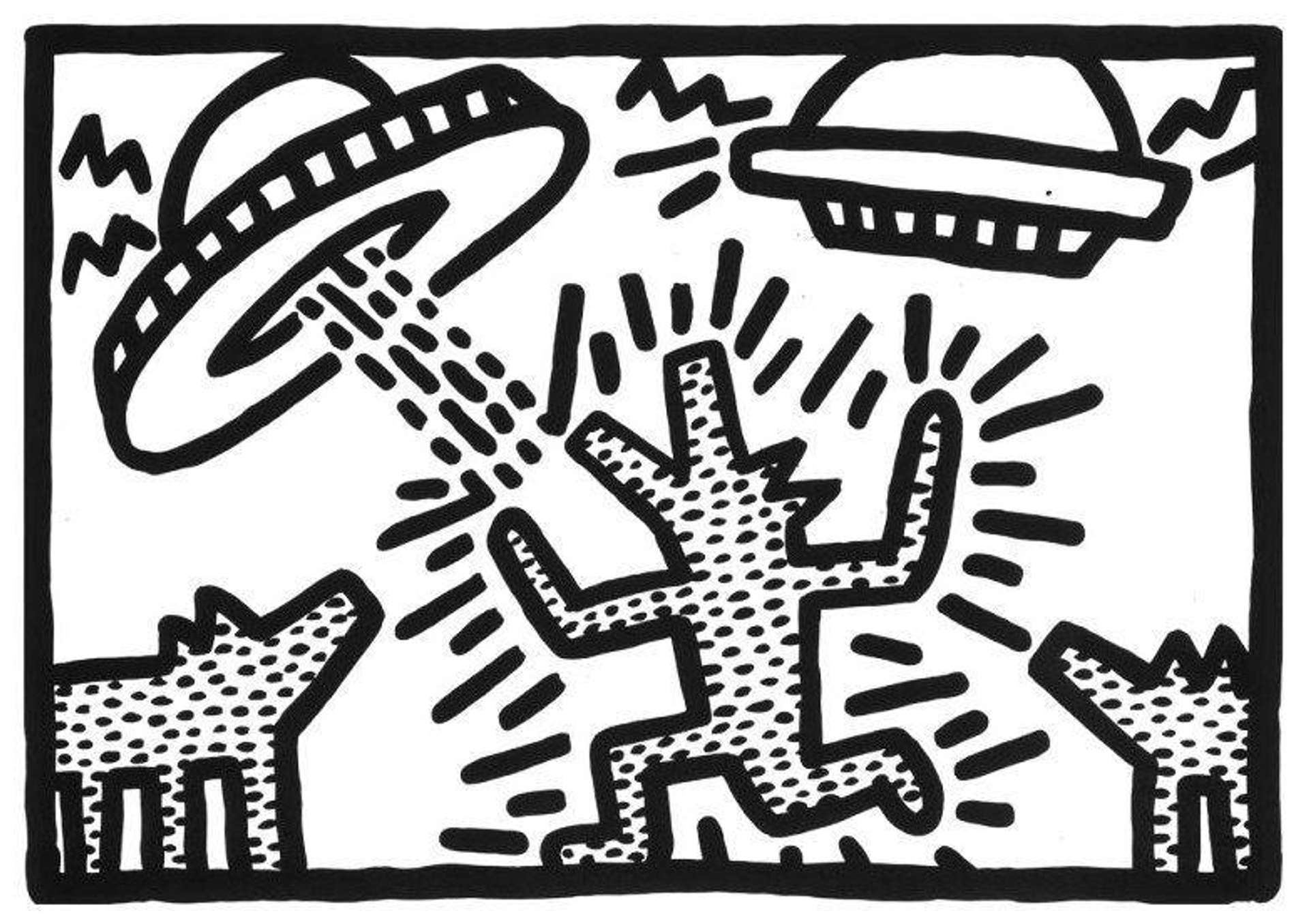 Completed near the beginning of his prolific career, Untitled (Dogs with UFOs) is a lithograph from 1982 by Keith Haring. A limited edition of 40, this print is rendered in Haring’s signature graphic style and shows three of his trademark dog icons with two UFOs striking the central dog with its radiating beams.

The barking dog has become an iconic symbol created by Haring, first appearing in his subway drawing series from 1980-1985. Emerging as a symbol to represent authoritarian government, abuse of power and oppressive regimes, this print speaks to the way in which Haring warns the viewer of those in power throughout much of his oeuvre.

Haring uses dots in this print to convey the otherness of homosexuality and illness, specifically AIDS, and he depicts this process of transmission as originating from the UFOs in the sky. For Haring, UFOs symbolised forbidden desire, fertility, virility, authority, divinity and estrangement, working to convey the feeling of being human and animal and alien all at once. Through his use of graphic dots and emanating lines, Haring depicts infection from illness as radiant and energised thus subverting traditional HIV/AIDS narratives.