Industrial Panorama is a print from 1972 by L. S. Lowry based on a painting of the same name from 1953, showing an imaginary industrial landscape characterised by unusual hills and smokestacks. Representing Lowry’s late painterly style, this print emphasises the drabness of the industrial landscape rather than the isolation of its inhabitants that was typical of his earlier works.

Though this scene is inspired by the artist’s real-life observations of working class lives in industrial towns, Industrial Panorama shows a general impression of the urban environment created from memory. As an example of Lowry’s late style, this print is particularly dream-like with his depiction of rolling hills and industrial buildings seemingly growing out of the landscape. There seems to be no distinction between the natural and the industrial in this scene, notably as we see smoke from the mills fade into the sky and clouds, and the way in which landscape and buildings are rendered as though merging into one another.

Lowry shows the landscape to overwhelm the tiny people that populate the street, unlike many earlier prints that show his figures in the foreground of the image. The viewer feels a familiar sense of hopelessness, what art historian John Rothenstein calls ‘a kind of gloomy lyricism’, as Lowry shows the working classes to be subject to the environment that they were born into. 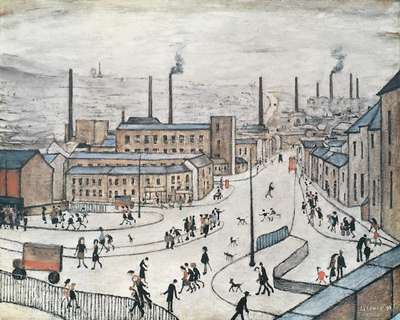 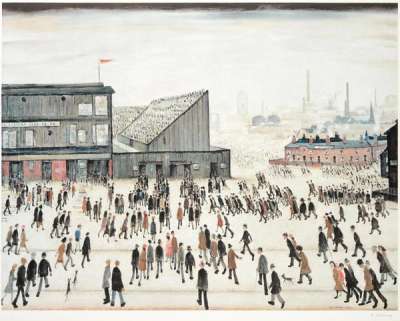 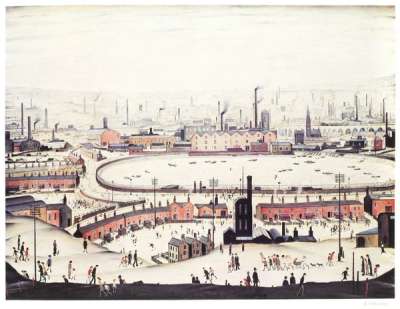