Bird On A Wing 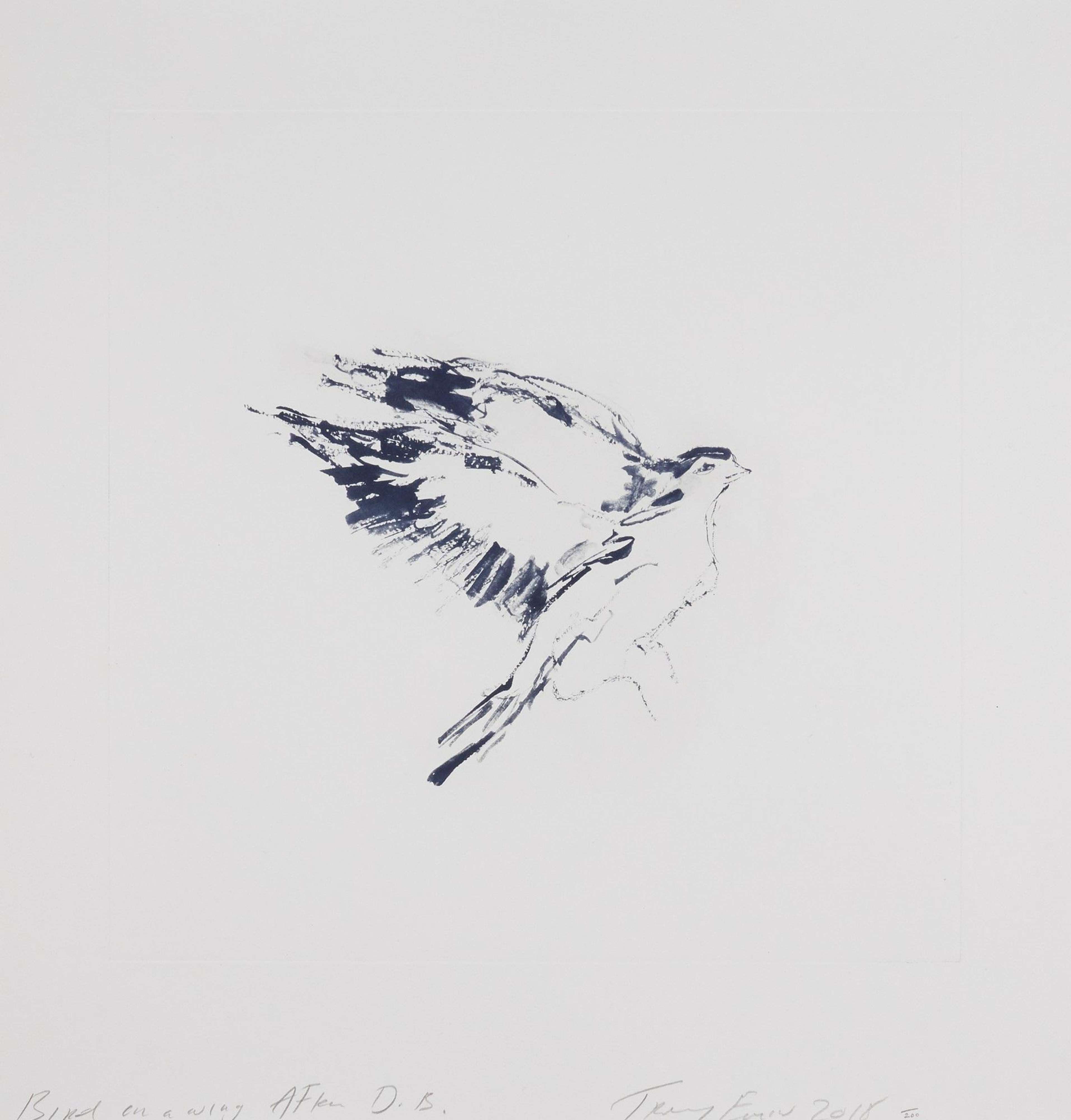 Bird On A Wing
Signed Print

British artist Tracey Emin’s Bird On A Wing (After D. B) was created as a polymer gravure etching in 2018. Emin’s blue jay soars steadily, its wings spread wide and assertive, captured mid-flight right before its moment of landing. This signed print belongs to a limited edition of 200.

British artist Tracey Emin was born in the far south of London in 1963. She grew up in the midst of a blooming technicolour age referred to as ‘The Swinging Sixties’. Her adolescent years were characterised by a youth-driven cultural revolution built on modern and self-indulgent ways of thinking.

Emin’s outstanding artistry is defined by her innate ability to convey emotion through the process of drawing. Her works on paper are technically accomplished and manifest her devotion to her craft. She is an expressionist whose jagged contours and rapid lines convey our anxiety at being human when confronted with the complexities of life. What better creature to envelop all of these touchstones than a bird. The tiny birds have been present in many of Emin’s multimedia works, neon signs and sculptures alike since the early 2000s.

Emin’s birds are small and inherently quite fragile, much like the human condition. In her Bird on a Wing (After D. B) from 2018, she portrays a blue jay, soaring steadily with its wings spread wide. Emin captures the creature right before its moment of landing, reflecting its vitality and liberty. The illustration also signals sentiments of patience and adaptability; an intrinsic drive to seize opportunities.