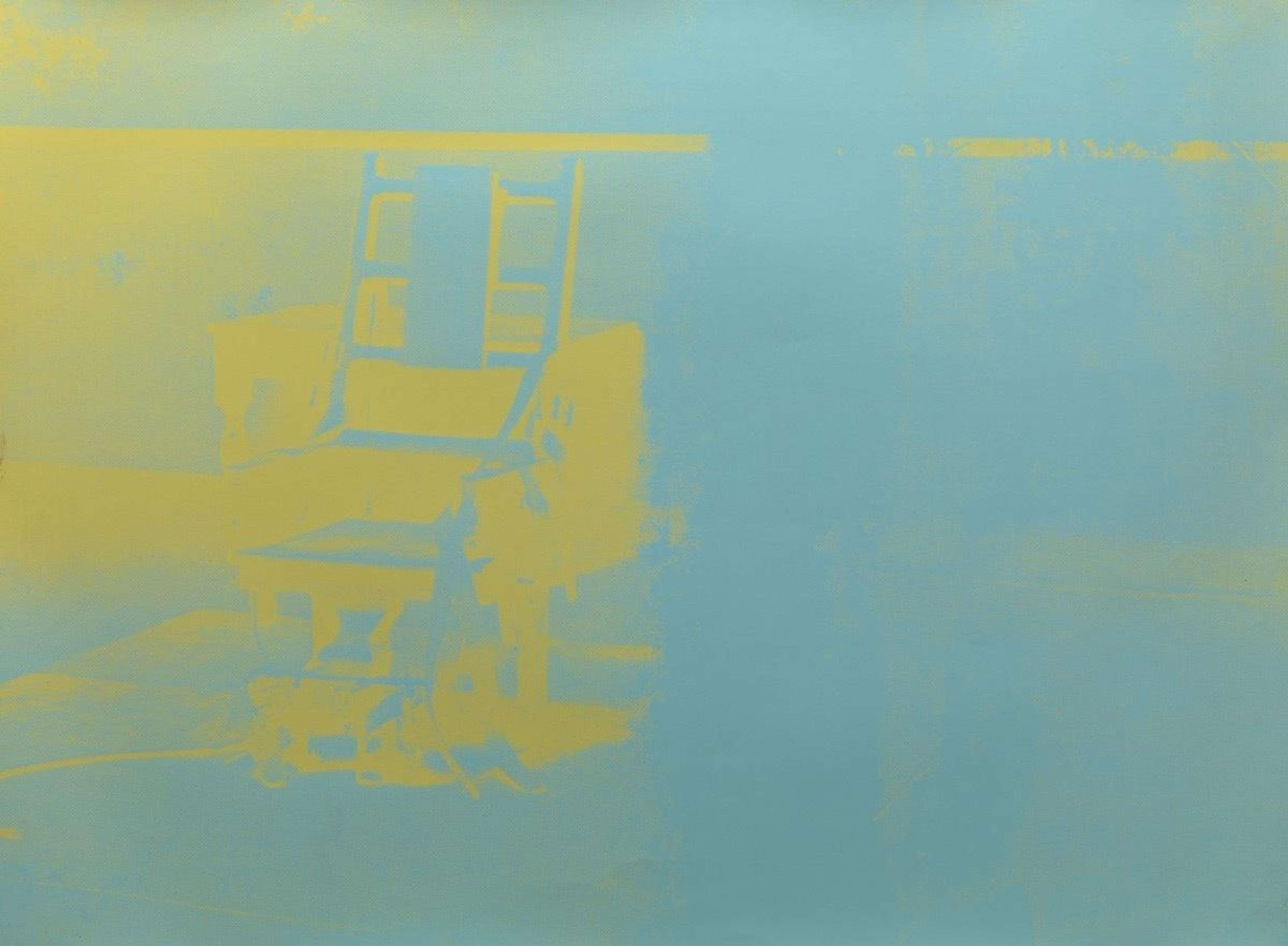 As part of Andy Warhol’s Electric Chair series (1971), the print Electric Chair (F. & S. II.77) features an image of an empty electric chair, repurposed from a newspaper clipping about the high-profile executions of Julius and Ethel Rosenberg. Warhol creates a screen print of the photograph retaining much of its original, grainy quality. By appropriating an image from the mass-media to create this print work, Warhol deliberately mocks the then-dominant Abstract Expressionist style and contradicts the movement’s ideas on originality and authorship.

This print is a striking departure from the original Electric Chair painting that featured in the 1964 Death and Disaster series. The vibrant colours used in the negative renditions of the image create a dramatic juxtaposition to the grave and empty image that lies beneath. Warhol hints at the political with the print by using colours that are hard to ignore, such as the vibrant blue and yellow tones of this print, thus unsettling and forcing the viewer to confront this haunting image of death head on.

Warhol makes the point that these images are so often ignored in newspapers, and so here he transforms the media photograph into a work of fine art to be thoughtfully considered in the gallery setting. The representational, grainy texture juxtaposed with the abstract strokes of colour produce a ghostly contour and pulsating visual effect, bringing viewers to the moment of electrocution.