Warhol’s Electric Chair epitomises the artist’s talent in shedding new light on cultural talking points. Responding, in part, to the executions of the Rosenbergs - a moment in American history that represented the suspicion and even paranoia about communism in the USA - Warhol uses his repetitious screen-printing technique to abstract a threatening symbol of the darker side to American culture, producing an evocative meditation on the subject. 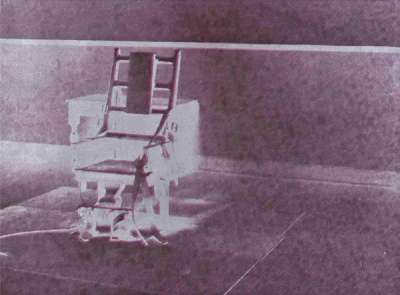 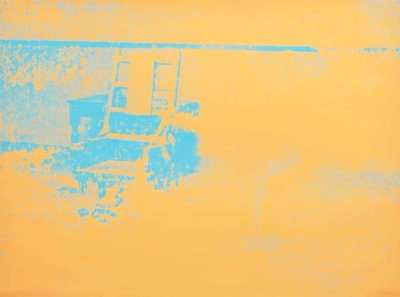 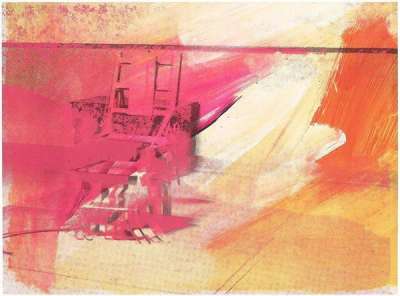 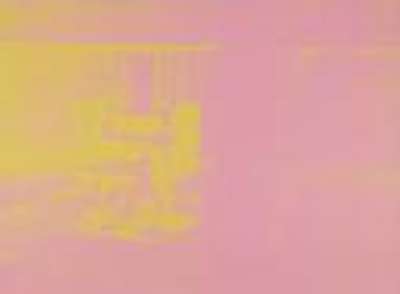 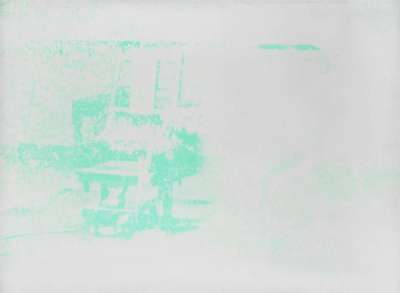 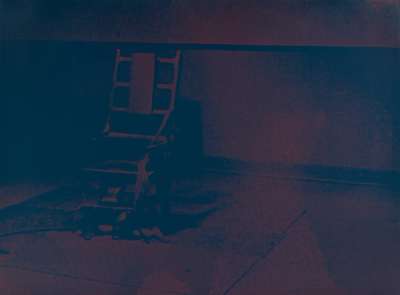 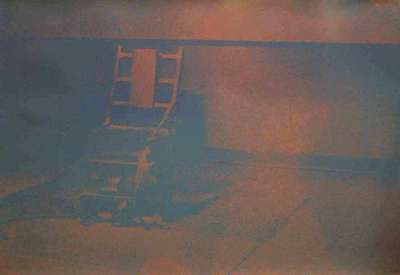 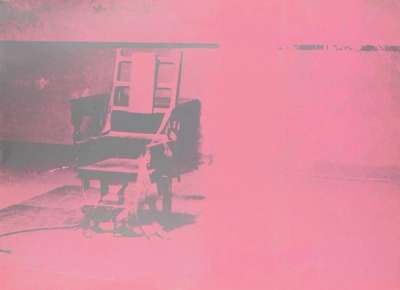 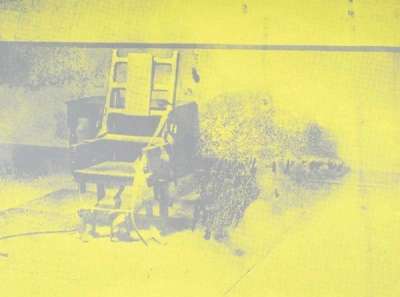 Warhol first used the subject of the electric chair in 1963, the same year as the last executions by electrocution in New York state. The artist had his finger on the pulse of popular culture, documenting the people and events that held significance during his lifetime. As such, Warhol’s work has become a powerful reference point for understanding the shifts in American culture and society.

Warhol’s Electric Chair series forms part of the Death and Disaster series. He began working on this series in the 1960s, focusing on news imagery that sensationalised death and tragedy, from portraits of Marilyn Monroe to pictures of suicides and car accidents. In addition to press material Warhol also used police photographs, taking the original image and repeating it using his signature screen print technique. The resulting works embody fascinating tensions and raise critical questions concerning our position as viewer and voyeur. Warhol draws our attention to the notion of public spectacle by reproducing images that have the power to both repel and enthral.

In 1971, Warhol created a series of ten limited edition screen prints, entitled the Electric Chair series. The artist based the work on the same photograph of an electric chair that that he had used in previous paintings. This was a 1953 press photograph documenting the equipment used in the high profile executions of Julius and Ethel Rosenberg at Sing Sing prison. The Rosenberg’s were accused of supplying top-secret information to the Soviet Union and found guilty of espionage. 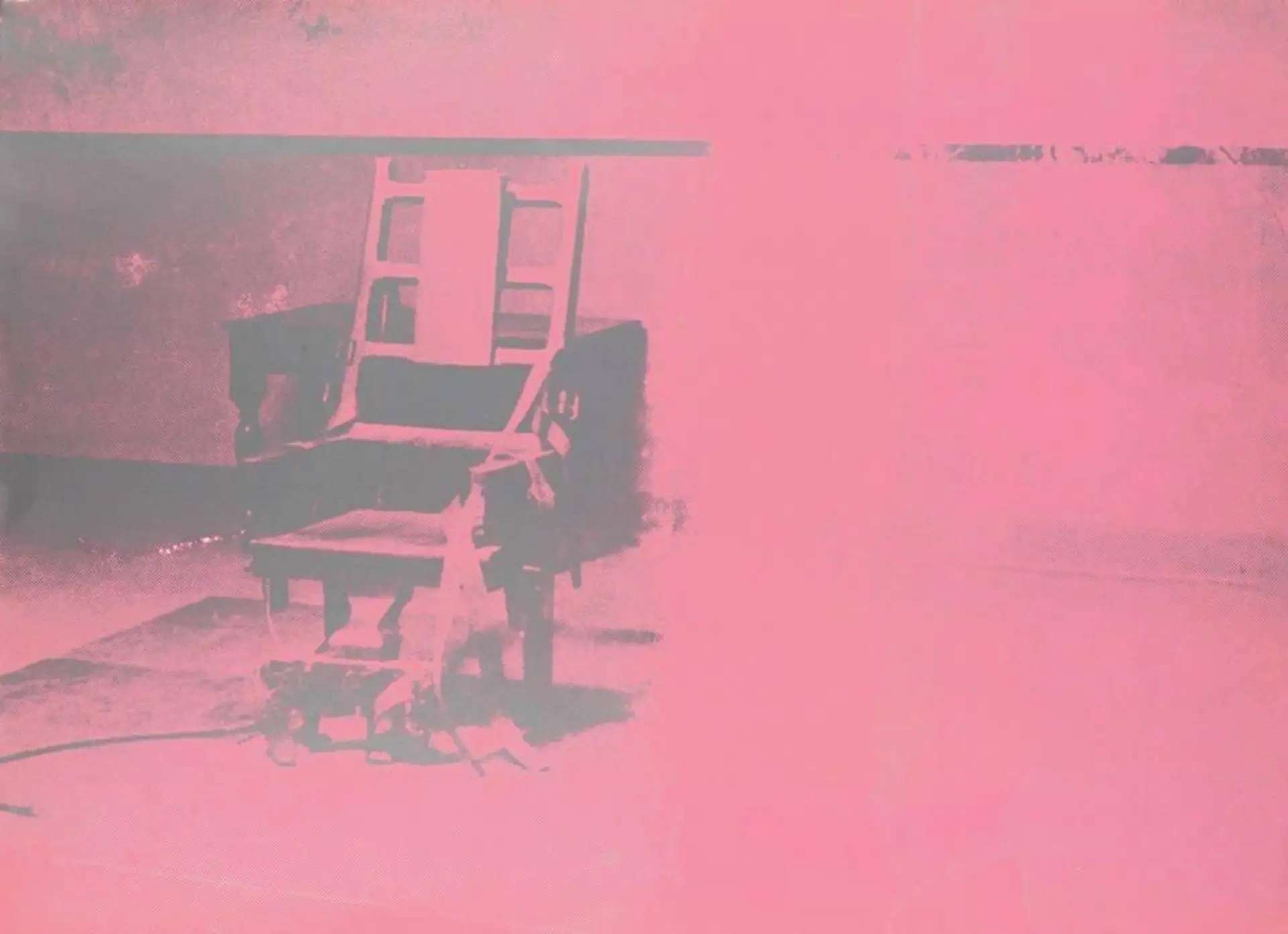 Born out of his Death And Disaster series, Electric Chair speaks to Warhol's fascination with the images spread by mass media. Within this seminal series, Warhol repeated popular images to show how print culture can diminish the seriousness of the news being captured. 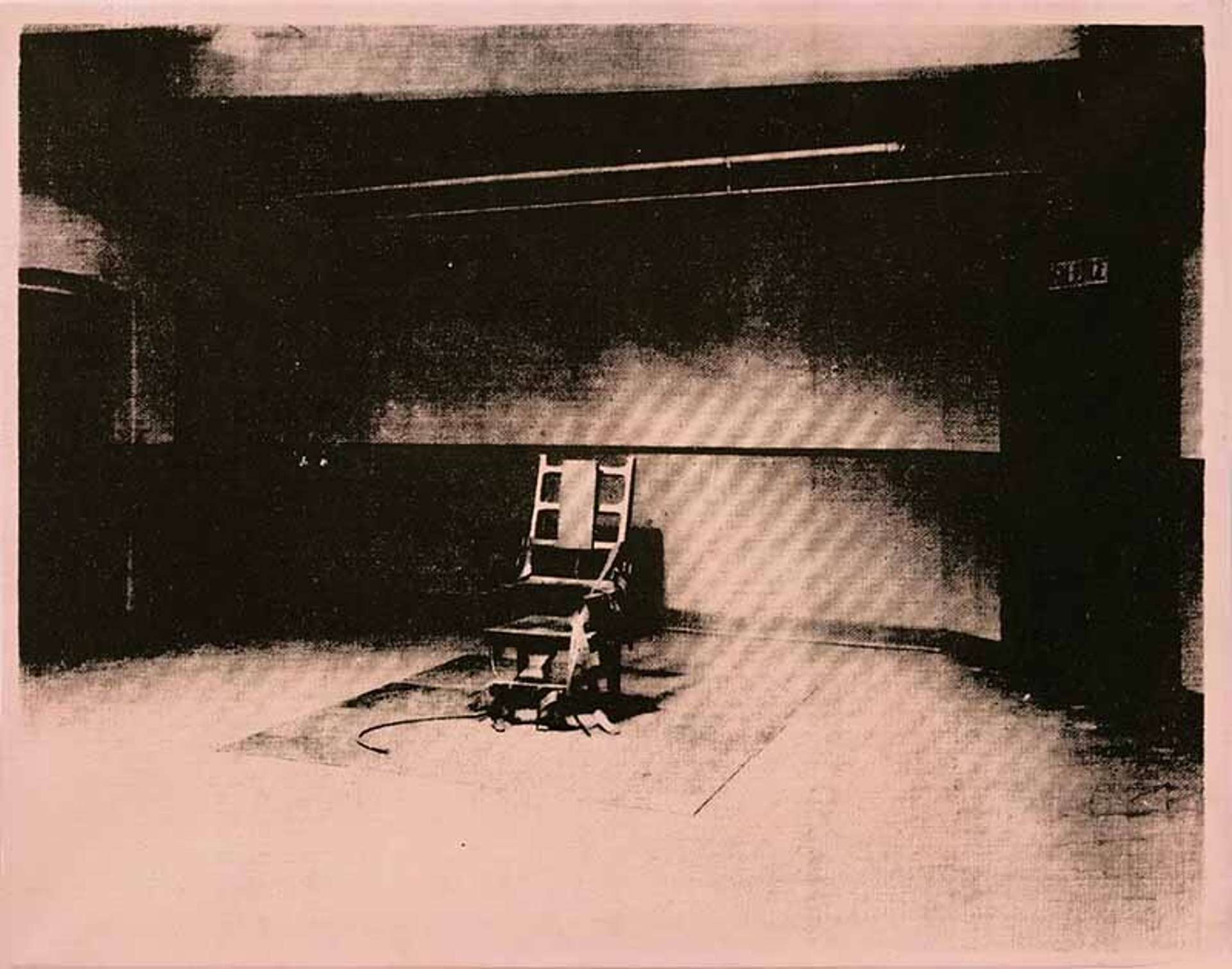 2. Warhol represented the Electric Chair for over ten years.

First represented in 1964, Warhol was clearly fascinated with the Electric Chair for a long period in his career. Seven years later, Warhol returned to the haunting subject to create this limited series of 10 screenprints. 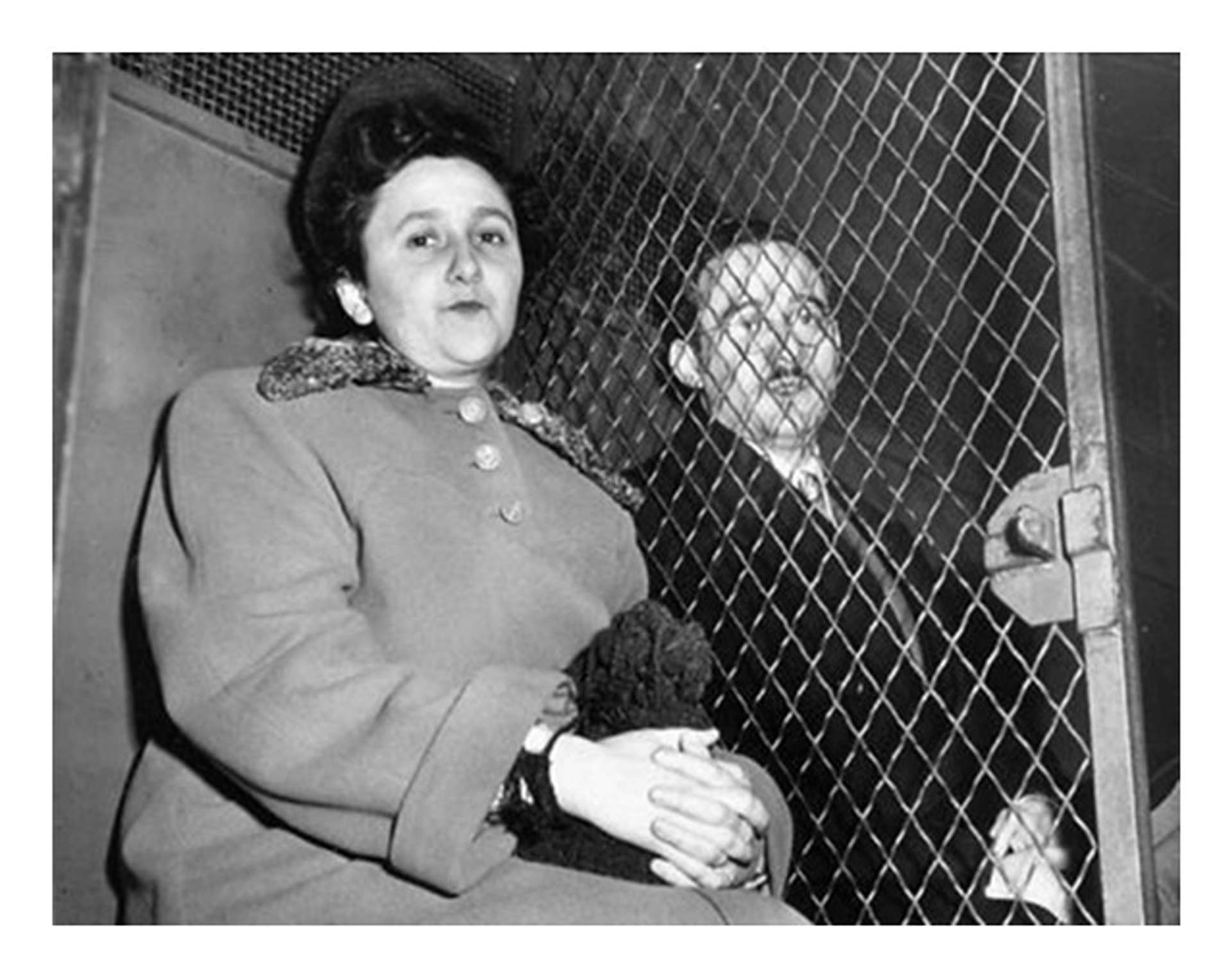 The image that characterises the Electric Chair series was the original press photograph from the documentation of Julius and Ethel Rosenberg's execution. Convicted and sentenced to death for spying on behalf of the Soviet Union, the Rosenberg's high profile execution was at the fore of mass media when Warhol appropriated the image in true Pop style. 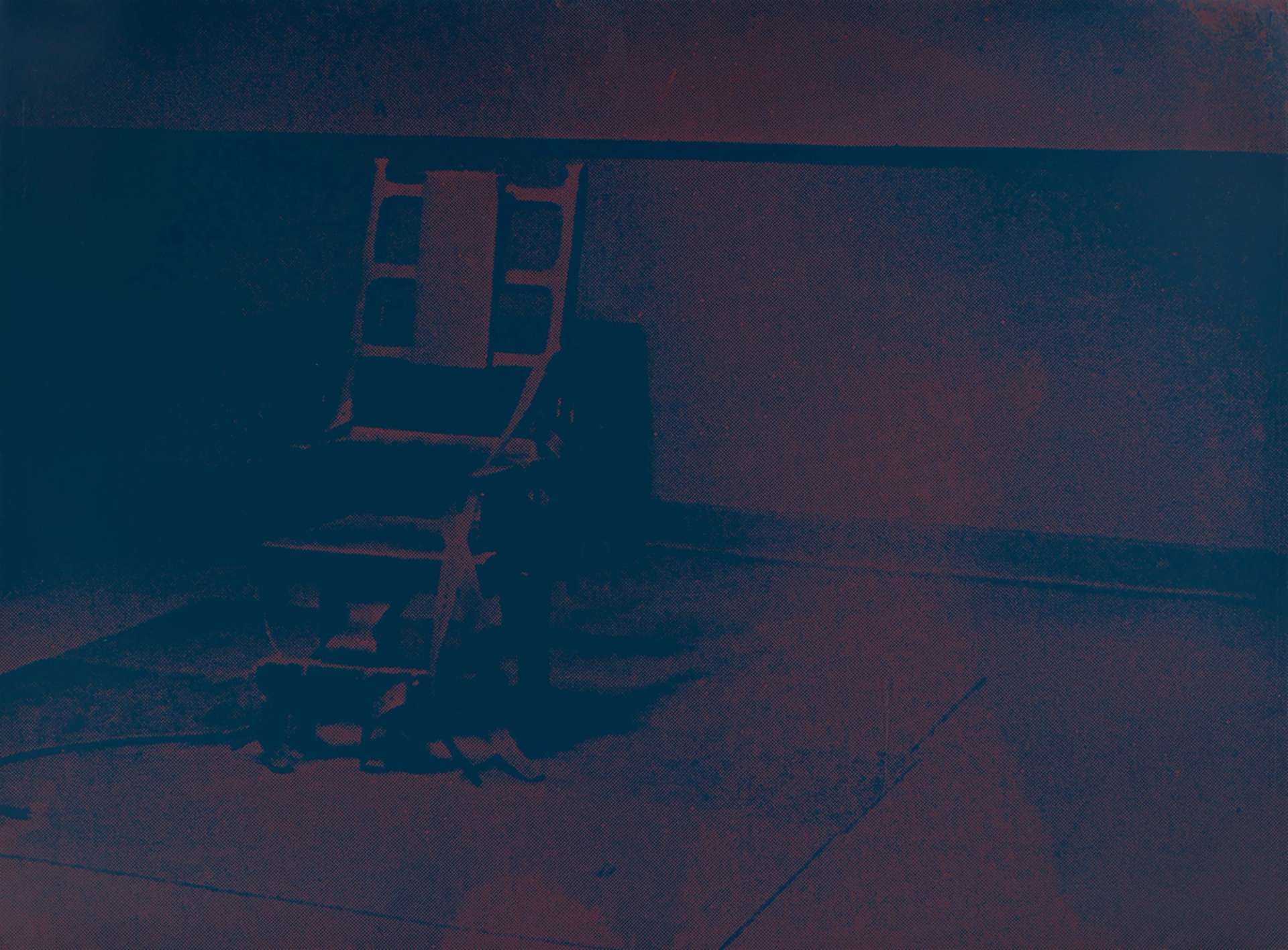