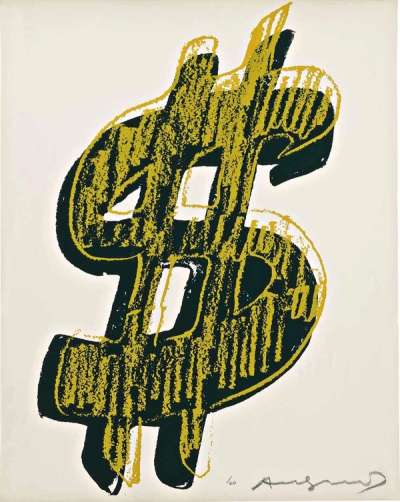 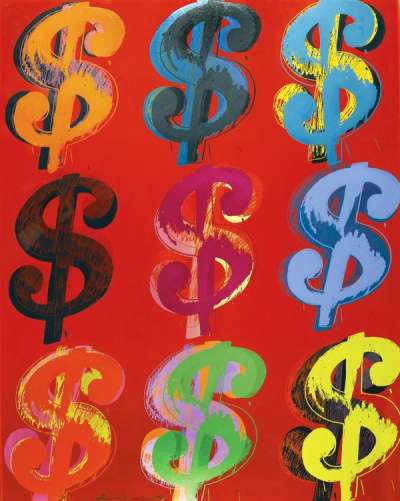 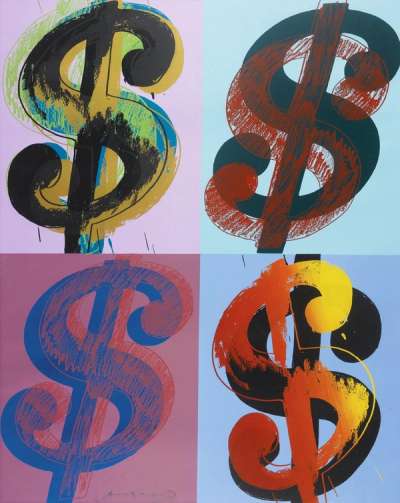 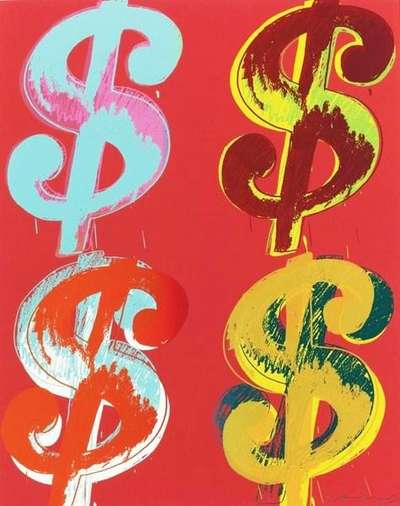 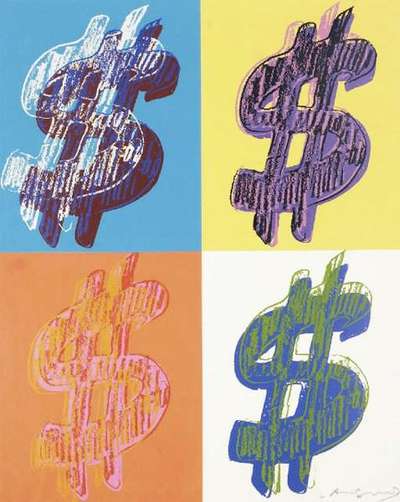 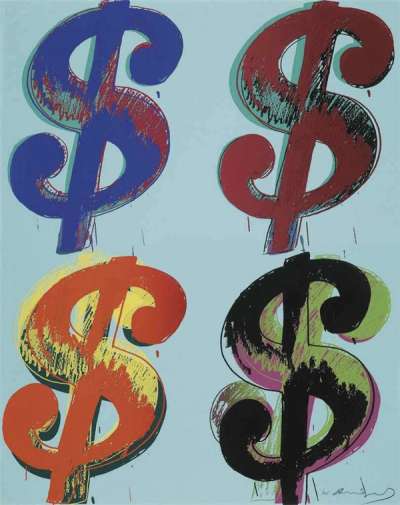 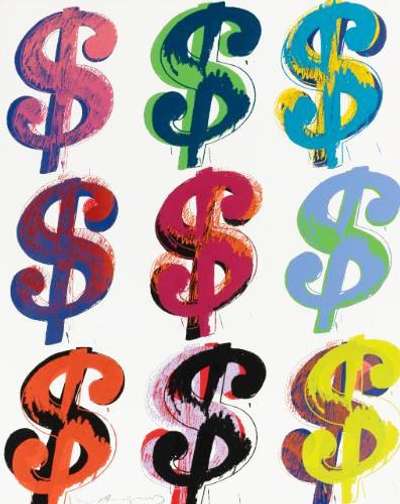 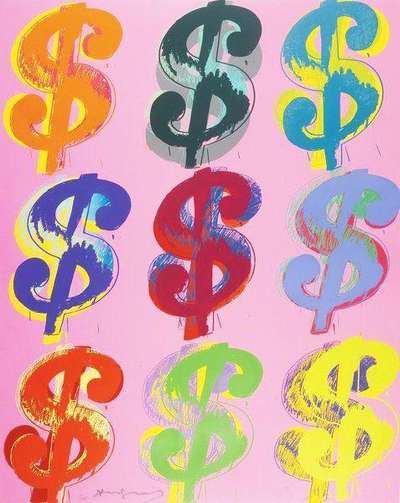 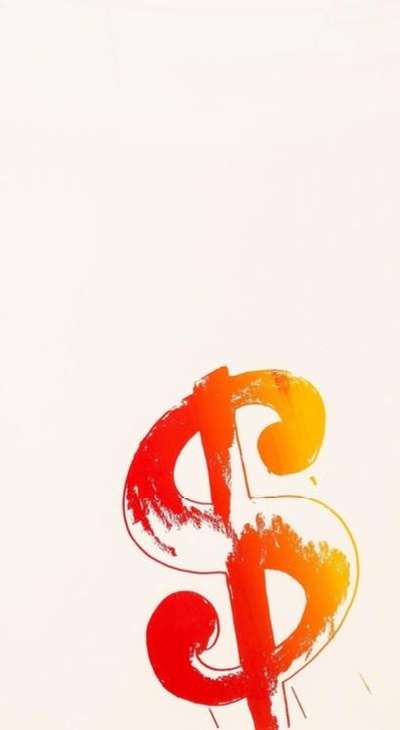 In 1981 Warhol began a body of work that focused on the dollar sign and resulted in drawings and paintings as well as this series of screen prints. The Dollar Signs were first exhibited in January 1982 at Leo Castelli Gallery in New York.

Created during a period of American history commonly associated with the commercialism and materialism of the Raegan era, Warhol’s Dollar Signs could not have been more timely or prescient. The artist once again demonstrated his ability to identify the zeitgeist; in this instance by painting money: laying bare the business of art as commodity. Unlike a generation of artists who preceded him, Warhol extolled the connection between art and its financial value. He celebrated money and once stated, “making money is art and working is art and good business is the best art.”

Warhol once quipped, “I'd asked around 10 or 15 people for suggestions. Finally one lady friend asked the right question, ‘Well, what do you love most?’ That's how I started painting money.” Warhol began painting money in 1962 when his screen printed dollar became the first series in which the artist began to experiment with the screen print process.

Somewhat unusually, in the Dollar Signs series Warhol departs from his use of the appropriated image. The artist drafted endless dollar signs in different variations and drew the motif from scratch. Applying a gestural, expressive technique, this body of work signals the experimentation and painterly approach that came to characterise the artist’s late career paintings. Bright colours are layered with the marks made by Warhol’s hand, resulting in dynamic and exemplary works.

The artist embraced mass media and the everyday languages of communication found in advertising, news media and television. It is therefore fitting that in February 1982 Artforum published Warhol’s Dollar Signs in the form of a gatefold commission. Warhol was able to distil popular culture, identifying the icons of an age. His Dollar Signs are no different. Here, he paints an icon of American popular culture, a sign that can be seen to signify success, celebrity and glamour, themes that permeate Warhol’s work and career. The artist once declared, “I like money on the wall. Say you were going to buy a ... painting. I think you should take that money, tie it up, and hang it on the wall. Then when someone visited you, the first thing they would see is the money on the wall.”