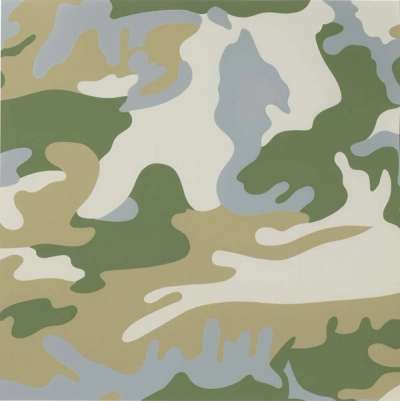 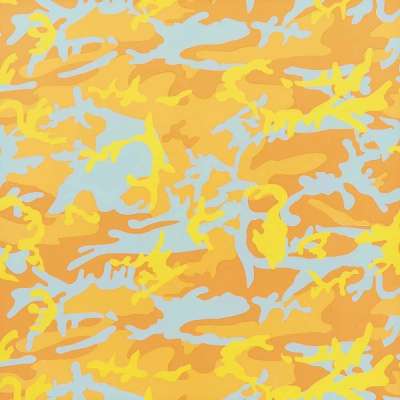 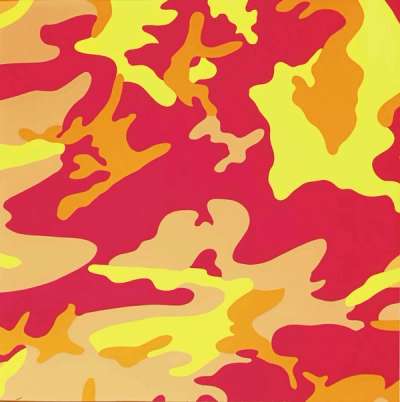 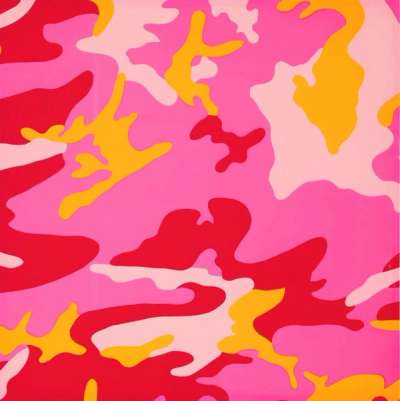 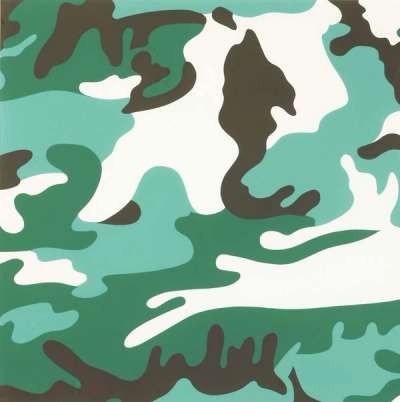 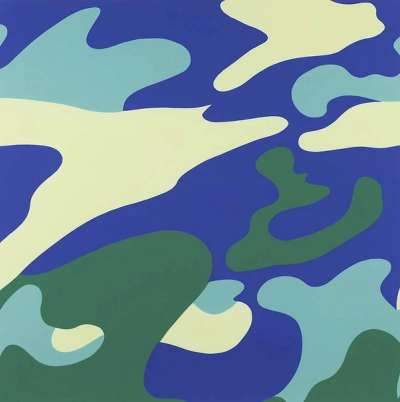 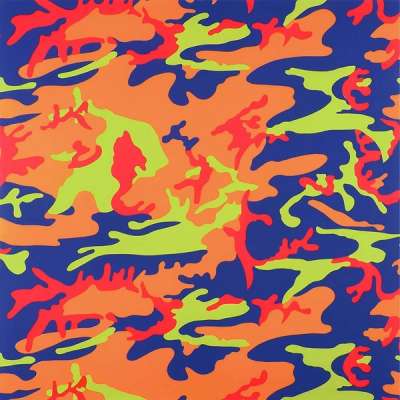 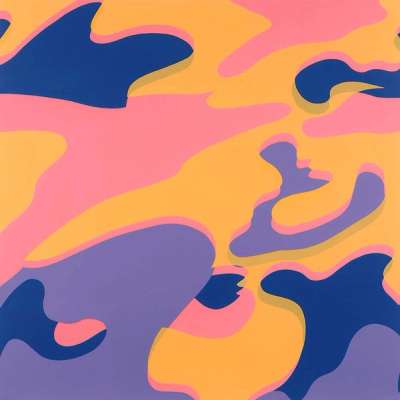 One of his more conceptual bodies of work, Camouflage was Warhol’s last ever print portfolio, published just before his death in 1987. It is a fascinating body of work that illuminates some of the conceptual ideas that preoccupied the artist during his late career, a period often described as his most creative and productive. In the Camouflage series we see Warhol depart from the commissioned portraits of celebrities that brought him commercial success in the 1970s. Employing his signature wit, the artist takes on the subject of abstraction. He appropriates a readily available commercial camouflage pattern, turning it into a language of form, colour and abstraction. In the Camouflage portfolio, Warhol repurposes his source material in order to create images that do not conceal or disguise. Instead, they are a revelation of flamboyant colour and shape.

In Camouflage, Warhol’s conceptual strategies come to the fore. Much like his prints of Soup Cans and Dollar Signs, he identified and utilised imagery that was instantly recognisable and universally accessible in order to create a kind of popular iconography or visual language. In many ways Abstract Expressionism defined and promoted the idea of a ‘high art’, positioned outside of everyday life. Warhol and his contemporaries whose work came to define Pop Art presented a decisive break with the past. Warhol rebelled against the notion that art was separate from everyday life. By appropriating existing imagery and working in series, his practice questioned the traditional concepts of authorship, originality and reproduction that had been so entrenched in the art movements that preceded him. The artist’s controversial and ground-breaking approach set the stage for generations of contemporary artists that followed him. He was very aware of the discourse surrounding the Abstract Expressionist movement that predated him. Within this specific context, abstraction was aligned with spontaneity, purity and exceptionality. It was an art form through which the individual artist could channel their unique energy or vision.

It has been argued that the artist took on the traditionally venerated subject of abstraction to silence his critics. Regardless, he approached abstraction in a typically Warholian way. In Camouflage, abstraction is generated from an everyday, appropriated image and reproduced in multiple numbers. The concept of abstraction is drained of its traditional connotations of originality and spontaneity. Instead it becomes a representation of Warhol: his innovation and his signature Pop aesthetic.

The Camouflage portfolio is comprised of eight screen prints in a remarkable assortment of different colours. Warhol was reportedly inspired to make the series after seeing his studio assistant, Jay Shriver, create paintings by pushing paint through the mesh of military fabric. The camouflage pattern was a significant motif in Warhol’s work and career, appearing in canvas paintings as well as a clothing collaboration with fashion designer Stephen Sprouse.

Most hauntingly, Warhol used the camouflage pattern in a number of self-portraits produced in the year before his death. In these paintings the artist’s head is suspended against a black background, wearing his signature ‘fright wig’ he stares out at the viewer, his face lightly veiled by coloured camouflage. The image is an astute self-representation. It is a picture of an artist who chose what to reveal and what to conceal: an artist with a calculated public persona and an enigmatic private life, an individual whose inscrutability continues to enthral to this day.